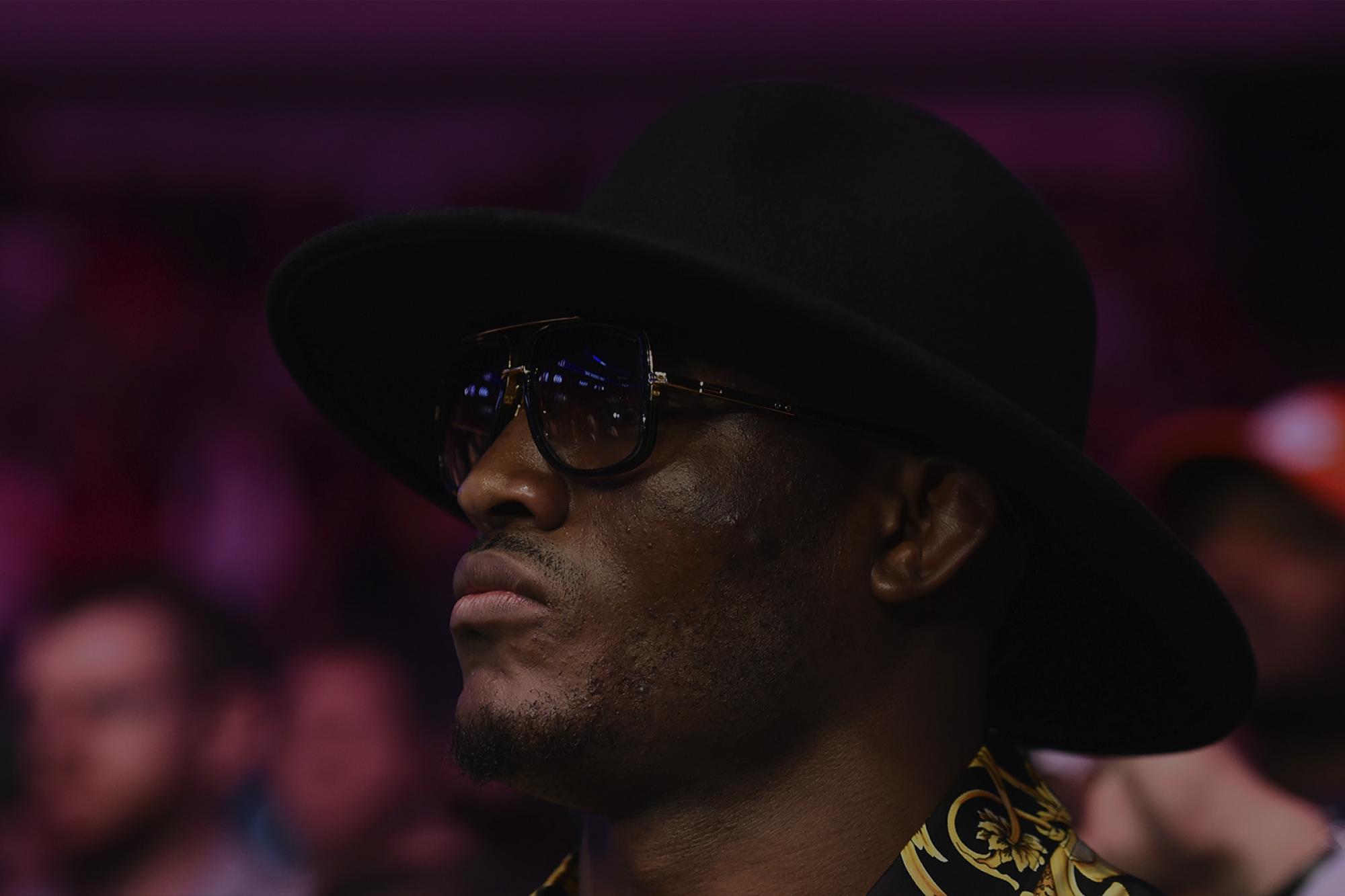 "When kids don’t have hope, there is something greater out there for you, and that’s what that flag symbolizes for me.”
By Thomas Gerbasi • Feb. 27, 2019

A man proud of his roots, welterweight title challenger Kamaru Usman was always looking to the next step in his life, even as a child before he left Nigeria to come to the United States at the age of eight.

“When you look up and you see that flag, it re-focuses you on what you’re doing,” said Usman, who faces Tyron Woodley for the 170-pound belt in the co-main event of UFC 235 this Saturday. “Now, for me, it symbolizes that just because you’re in a certain situation, that doesn’t mean that it’s a situation you’re destined to be in forever. When kids don’t have hope, there is something greater out there for you, and that’s what that flag symbolizes for me.”

Usman’s father shared the same philosophy, and despite being a Major in the Nigerian Army, he wanted more for himself and his family. So he went after it.

“My dad saw something greater for himself,” said Usman. “He wanted to be here (in the United States), he wanted to go to school and further his life and his career and that’s what he did. He came here, went to school, became a pharmacist, and shortly after, we were all here and we went through the process of becoming citizens.”

Usman, 31, has inherited his father’s ambition. Everything he’s taken on in life, it’s been a challenge most would shy away from, but he got after it, and then it was on to the next mountain. The latest sees him navigating the rocky waters of the mixed martial arts world, and since his pro debut in 2012, few have done it better, as he’s raced out to a 14-1 record that includes an Ultimate Fighter title and a 13-fight winning streak.

Nine of those wins have come in the UFC, but Usman wasn’t getting the call for the big fight, even after a main event win over Demian Maia in May of last year. But as Darren Till got his call to face Woodley for the crown at UFC 228 last September, Usman’s phone rang as well with an offer to make weight and be the standby opponent should his services be needed for the main event. Usman agreed, but it wasn’t easy.

“Going into UFC 228, there was a possibility that I could or could not be fighting,” he said. “Initially, it was rough at one point because here I am, training hard for a world title fight, not knowing if I’m actually going to fight that fight. But on the other hand, there was something relieving about it because there was a chance I wasn’t gonna get to fight, When you have a fight signed and that that’s going to happen, your mind starts going nuts, it starts playing tricks on you. Your mind starts doubting itself.”

Kamaru Usman is ready to take the welterweight torch from Tyron Woodley in the co-main event at UFC 235 on Saturday.

Usman hit his mark, making weight even though he ultimately didn’t fight for the belt that night in Texas. But just going through the training, the cut and the idea of fighting Woodley were valuable lessons he stored in his mind.

“It was preparation,” he said. “It helped me prepare.”

Prepare for a title fight, yes. But when would that fight come? It was expected that a win over Rafael Dos Anjos in November would be his ticket, but there were no guarantees.

“I didn’t have any expectations,” said Usman.  “All I knew was that there was a guy ahead of me, so that’s all I was trying to do was to get to the next guy ahead of me. They can deny me for as long as they want, but when I start beating all these guys that are ahead of me, at one point I’m gonna be number one, and they can’t deny me any longer.”

Usman dominated Dos Anjos, not just earning the unanimous decision victory, but a Performance of the Night bonus as well. And now he’s getting his shot at “The Chosen One.”

“Tyron Woodley has been a wonderful champion,” said Usman. “He’s been a guy that’s defended the belt several times and he’s really cemented himself as one of the greatest welterweights of all-time. And this is gonna be all the more satisfying for me to go out there and take the strap from him. This is gonna be the passing of the torch, and that’s how it works in life.”

Confident? “The Nigerian Nightmare” has been waiting for this his entire life.

“I’m ready,” he said. “I’m waiting there. And as soon as that opportunity knocks, I open that door like, ‘Hey, come on in. Let’s do it.’ And this is my opportunity now. I’m prepared for this and March 2nd I’m gonna go out there and show the world why I’m the best on the planet.”