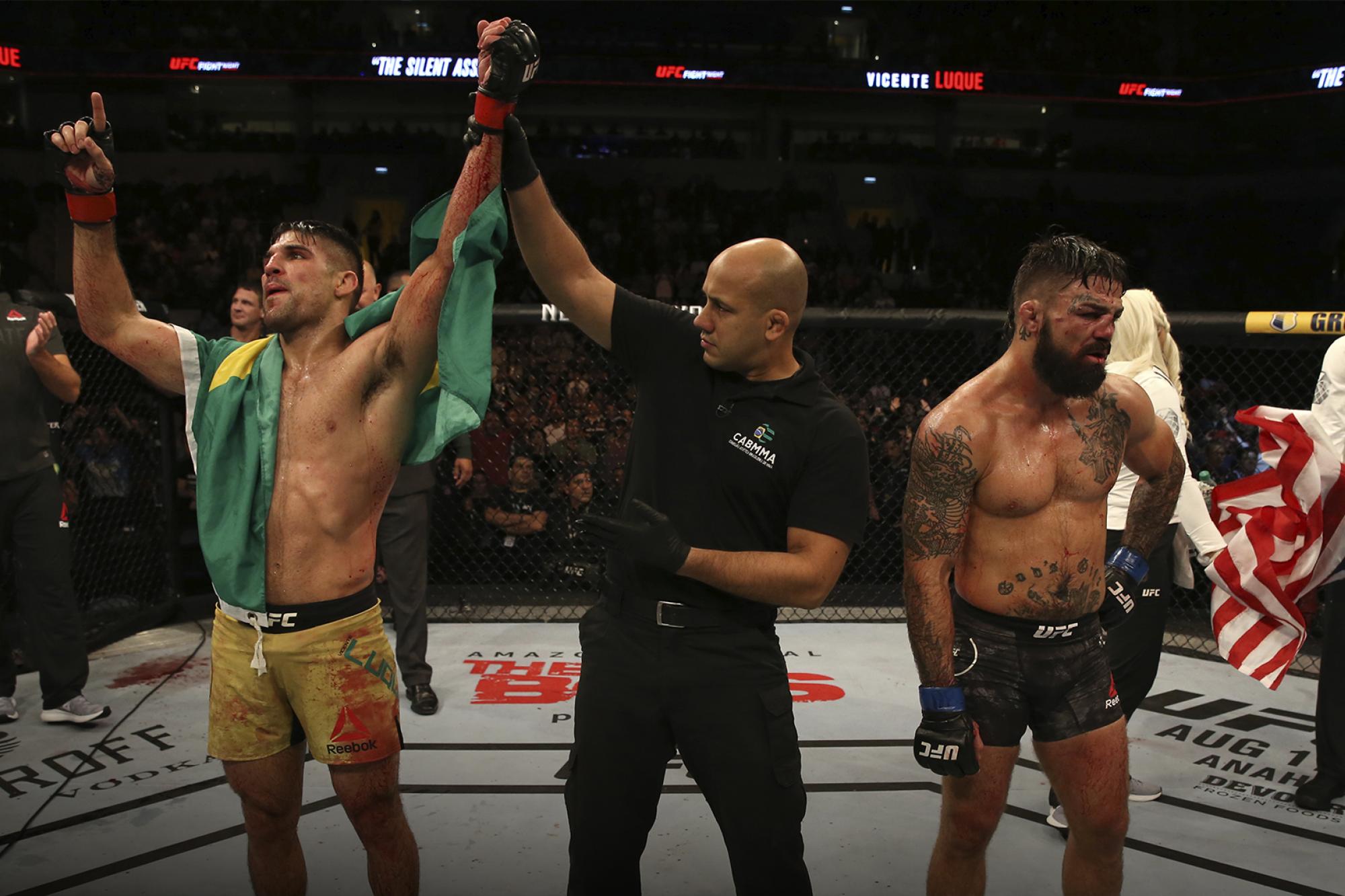 Your Performance Bonus and Talking Points Breakdown From Saturday's Event
By Zac Pacleb • Aug. 11, 2019
Fight of the Night
Vicente Luque vs Mike Perry

The moment the bout was announced between these all-action welterweights, it became an easy Fight of the Night candidate, and it delivered on that promise. Mike Perry and Vicente Luque got into it right away, standing and trading in the pocket with Perry landing big shots and Luque slicing Perry’s face open early.

Nothing changed in the second round, which is exactly what everyone wanted. Luque started to go to the well with leg kicks, which he said afterward was part of the plan to take away some of Perry’s ability to explode into boxing range. That said, Perry got to work in the third round in an effort to swing the judges, but Luque remained a picture of stoic ferocity, eating shots and delivering heavy combos the other way.

Late in the round, Luque landed a huge flying knee before Perry took him down, but “The Silent Assassin” sunk in what looked like a deep guillotine choke. While Perry never came close to tapping, the choke did provide the dramatic effect of pouring blood out of Perry’s freshly broken nose. Two judges scored the fight 29-28 in favor of Luque, a hard-earned and razor-thin win.

After waiting nearly all summer to fight Ilir Latifi, Volkan Oezdemir didn’t waste any time pouring it on to his friend-turned-opponent. “No Time” kept Latifi at bay with knees and quick punches whenever Latifi tried to grapple or make the fight dirty. A knee to Latifi’s head connected, and then Oezdemir poured it on, showing the devastating, short-range power that once earned him a quick title shot. The knockout win stopped Oezdemir’s losing skid, and he reminded people that he is very much still a big threat at 205 pounds.

The Venezueala native got the action started off quickly with her first-round submission to open UFC’s first trip to Uruguay. Macedo recovered from an early takedown by Polyana Viana and secured the armbar to get the tap out just 69 seconds into the fight. It was an impressive win in her young career, and potentially a warning to any future opponents who think to take their fight to the ground.