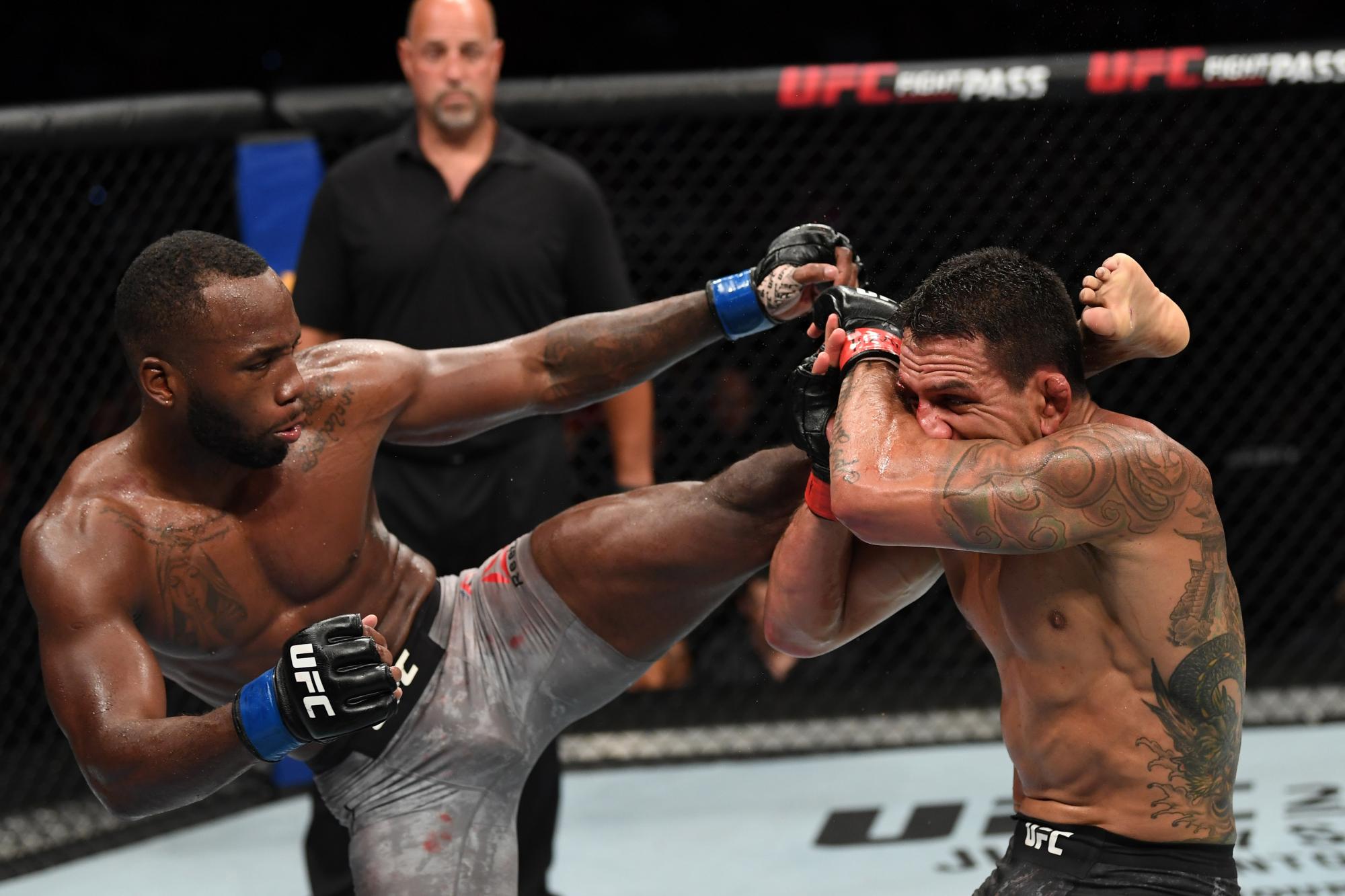 Saturday’s UFC San Antonio event is in the books, and now that the dust has settled in Texas, it’s time to go to the scorecard to see who the big winners were at AT&T Center.

There was a time when Leon Edwards was looked upon as a striker and little else. Fast forward, and “Rocky” is one of the most well-rounded fighters in the welterweight division and someone closing in on a world title shot at 170 pounds. That’s not an easy feat to pull off, but over the course of a winning streak that was upped to eight with a win over former world champion Rafael Dos Anjos on Saturday night, the Birmingham standout proved that wherever the fight goes, he can win. That makes him a dangerous man in a dangerous division.

When it comes to the standup game in MMA, I always refer back to something Gokhan Saki told me about his striking. “The difference (between him and other MMA strikers) is that they try to strike, and me, I am a striker. Whatever I touch, it falls like leaves on a tree in autumn.” Walt Harris is one of those striker guys. Remember, this is someone who has been called to spar with heavyweight boxing stars Deontay Wilder and Tyson Fury. So if he gets to throw his hands with four-ounce gloves on, odds are that it’s going to be a rough night for any opponent. Aleksei Oleinik found that out Saturday, even though he didn’t even get a chance to decide on a strategy before the fight ended. After some bumps in the road, “The Big Ticket” is here and fans can’t wait to see where he goes next.

Fans can be fickle, and plenty jumped off the Dan Hooker bandwagon after a punishing loss to Edson Barboza in December. This puzzled me because a) Barboza is a world-class 155-pounder who can beat anyone on any given night and b) Hooker always brings it, and he had the four-fight winning streak (all finishes) over a quartet of quality opponents to prove it. But I expect the bandwagon to fill up again after his Performance of the Night win over James Vick. Win or lose, I’ll watch Dan Hooker fight, and more often than not, he will be leaving with his hand raised.

It’s got to be tough to be 40 years old and on a winless streak in the UFC, and Andrei Arlovski has likely heard it all from fans and reporters as he attempted to break that skid against Ben Rothwell in San Antonio. Well, maybe the questions will be a little different after his win over Rothwell. And it wasn’t just that Arlovski got the victory; it was how he got it, looking sharper with his striking than he has in a long time as he punished Rothwell and stayed in the fray with him for 15 minutes. I don’t know about another title run for the former champ, but he will fight another day.

Twenty-eight months is a long time to go without a win in the UFC in the best of circumstances. When you’ve dealt with the life challenges Ray Borg has, particularly the numerous surgeries his son Anthony has endured, it has to be unbearable at times. But Borg battled through, got the win over Gabriel Silva on Saturday, and it’s a fresh start for the New Mexico native at 135 pounds. More importantly, the toughest fighter in the Borg household – Anthony – continues to inspire with his bravery and resilience. Go get ‘em, kid!