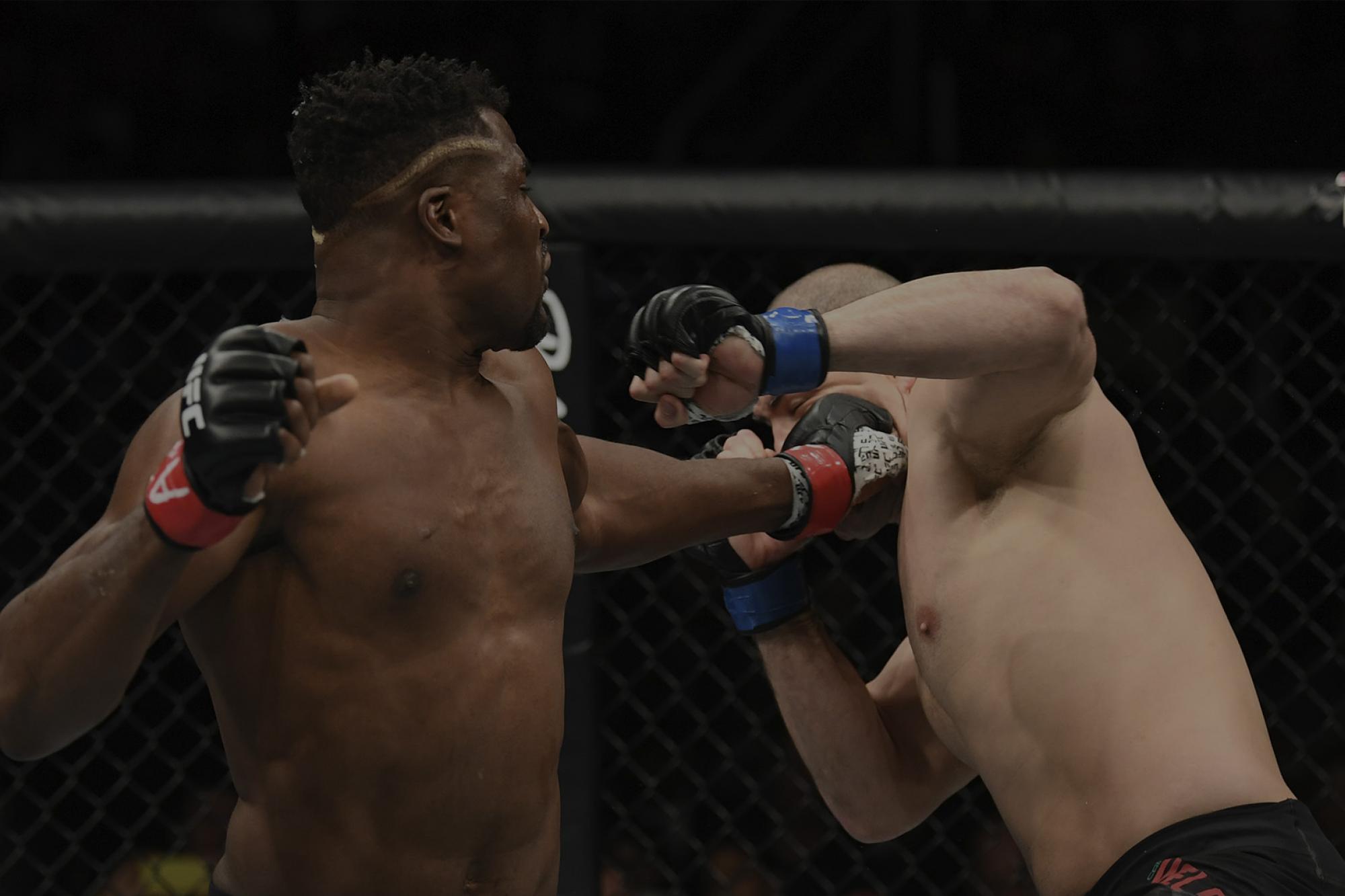 Take a look back at UFC Phoenix to see who the big winners were
By Thomas Gerbasi • Feb. 18, 2019

Sunday’s UFC Phoenix event is in the books, and now that the dust has settled in Arizona, it’s time to go to the scorecard to see who the big winners were at Talking Stick Resort Arena.

1 - Francis Ngannou
A year ago, Francis Ngannou was being written off after his one-sided title fight loss to Stipe Miocic. It got worse last summer when he lost a second consecutive bout to Derrick Lewis. Today? Ngannou is back to being the most feared man in the heavyweight division after knockouts of Curtis Blaydes and Cain Velasquez that lasted a combined 71 seconds. Are there still questions about his ground game? Absolutely. But if you have to eat a shot or two to get close enough to “The Predator” and he’s delivering bombs from all angles, we may never have to see him on the mat again. That’s scary for any heavyweight.

2 - Vicente Luque
Why is Vicente Luque not a top ten welterweight contender and a star by now? That’s one of the fight game’s great mysteries, but after his fourth consecutive win and finish, one that garnered him Fight of the Night honors as well, Luque’s future has to take a positive twist. Luque is a real fighter who always puts on real fights, he finishes his opponents, and he’s not perfect. “The Silent Assassin” took plenty of shots from the gritty Bryan Barberena in Phoenix, but he kept moving forward and he was looking for the finish up until it came with seconds left in the fight. I have a list of folks I would pay to watch even though I get into the fights for free. Vicente Luque is on that list.

3 - Paul Felder
Paul Felder is one of the game’s good guys and, like Luque, there’s a purity to how he approaches this toughest of sports and it always shows up on fight night. His Sunday win over James Vick was no change to this pattern. He went in there throwing bombs, took some in return, got stuck in a tough fight, and when it was over, he got the win. Felder has earned a spot in the lightweight top 15, and if you’re not a fan already, how could you not admire someone whose wish list includes a rematch with Edson Barboza and a bout against Justin Gaethje?

Watch Paul Felder in the Octagon after his win at UFC Phoenix.

4 - Aljamain Sterling
On February 22, 2014, Aljamain Sterling made his UFC debut with a three-round win over Cody Gibson. Five years later, the “Funk Master” has arrived. Refusing to get drawn into a brawl with Jimmie Rivera, Sterling delivered a stellar effort by sticking to the game plan and fighting a disciplined three-rounder that showed off all his skills on the feet and the mat. I know I’m biased for a fellow New Yorker, but Sterling is a serious threat for world title honors, and he’s fulfilling the potential we all saw in him back in 2014.

5 - Kron Gracie
I can’t possibly imagine what it’s like being a professional fighter with the last name Gracie. The pressure has to be immense, but Kron Gracie approached his UFC debut like an old pro Sunday in submitting Alex Caceres. Caceres is no joke and he’s no stranger to upsetting hot prospects, but Gracie was the one who looked to be the UFC veteran in only his fifth MMA bout. Even in 2019, the Gracie name is royalty in MMA, and Kron has the potential to be a rockstar in the Octagon, so it’s going to be interesting to see where he goes next.