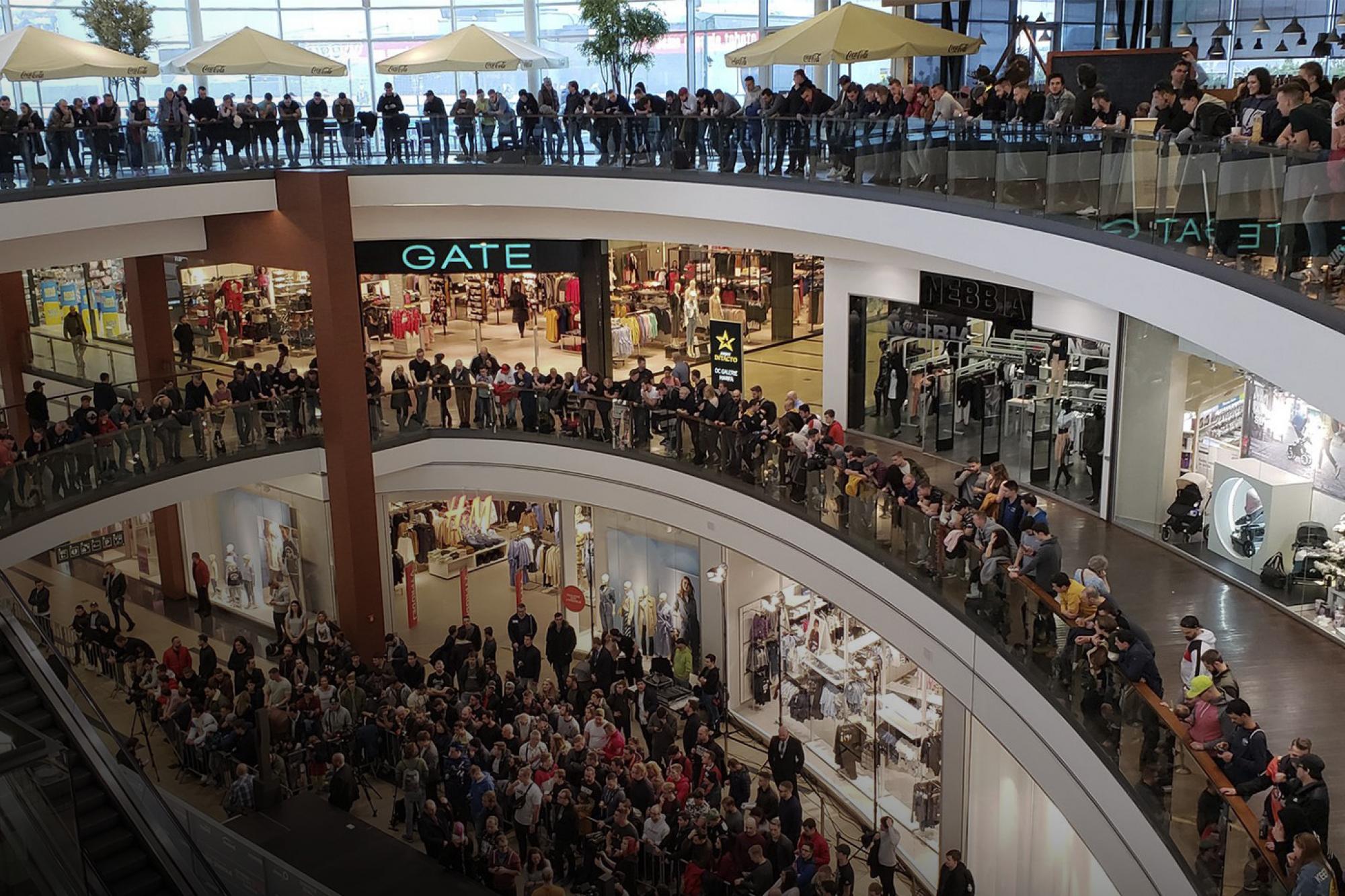 The UFC has officially made its way to the Czech Republic, and the people of Prague were excited to see some of the card's fighters up close and personal.

Kicking things off was De Lima, who display his power and precision with some nice mitt work. Fans lined the guardrails to see De Lima and made noise throughout his entire workout.

Next up was "Marreta". Santos started his workout with some work on the ground. Then, much to the delight of the audience, decided to destroy some pads. Santos looked explosive, relaxed and ready for his main event clash with Blachowicz on Saturday. He exited the stage after receiving an ovation from the crowd and passing out some free “Team Marreta” merchandise.

Following Santos was Czech Republic's own, Lucie Pidilova. The flyweight had a noticeable smile on her face throughout her entire workout – and for good reason. On Saturday, Pudilova, the first woman from the Czech Republic to fight in the Octagon, will compete on the first UFC card held in her country. That excitement was shared by the home crowd as they whistled and clapped in appreciation of Pudilova. It was a moment that Pudilova won’t soon forget.

Then Struve hit the stage. The "Skyscraper" peppered the pads with big shots that had the people of Prague cheering. Struve left the crowd with a simple message.

"What a turnout for open workouts, I can’t wait for Saturday," Struve said. "I'm going to put on a show."

Last but not least to workout was Blachowicz. The fighter from Poland cracked the pads with blistering combinations and brought the high energy from start to finish. He also showed the crowd some of his wrestling by mixing in some ground and pound. He addressed the crowd after completing his workout, urging them to bring the support on Saturday night.

"I hope everyone is going to be very loud when I fight Thiago," Blachowicz said. "I'm going to need it."

If the turnout and the energy for open workouts are any indicaion, the sold-out UFC Prague is sure to be a knockout.

On Saturday, make sure you tune into ESPN+ at 2pm/11am ETPT to watch the UFC Prague main card. The UFC Prague prelims start at 11am/8am ETPT on ESPN 2.