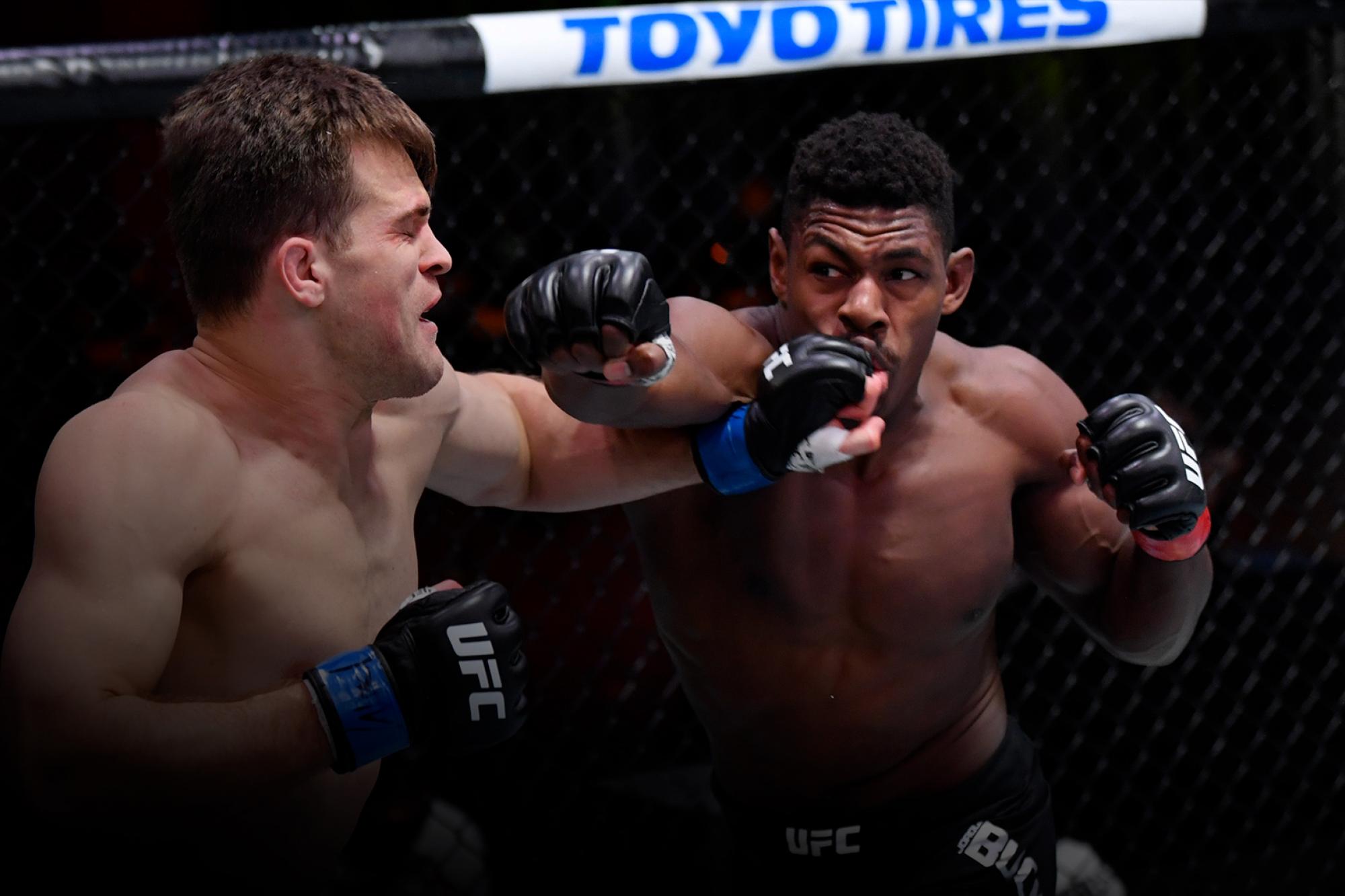 Fight of the Night: Louis Cosce vs. Sasha Palatnikov 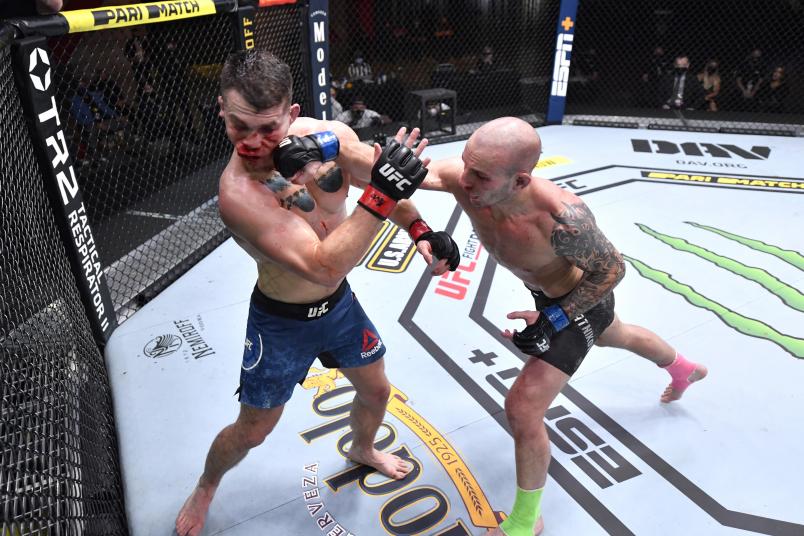 Sasha Palatnikov made history as the first Hong Kong native to compete in the Octagon, stopping Louis Cosce in the third round of their thrilling battle.

Palatnikov and Cosce opened the card in style, getting UFC 255 started at a furious pace. The two welterweights were throwing all kinds of heat, with Cosce nearly finishing the fight in the first round. In the second round, Palatnikov bounced back and started finding his mark as Cosce started to slow down a bit. In the final moments of round Palatnikov connected with a spinning backfist that swung the momentum heading into the final frame.

Palatnikov was able build on his success in the second round, out striking Cosce with flurries of punches. A few minutes into the round, he landed a beautiful right hand that clearly hurt the Dana White Contender Series grad. From there, Cosce desperately shot in for a takedown but Palatnikov was wise to it, defending the takedown and landing repeated shots to the turtled up Cosce, and referee Chris Tognoni was forced to stop the fight.

It was an impressive recovery for Palatnikov (6-2), who showed his toughness and his ability to persevere through Cosce’s early fight onslaught.

Performance of the Night: Joaquin Buckley

Joaquin Buckley reacts to his stunning knockout win at UFC 255.

Joaquin Buckley proved he is much more than just the viral Knockout of the Year candidate that earned him viral fame last month, this time earning a second-round knockout win over the undefeated Jordan Wright in their middleweight bout.

"I feel blessed," Buckley said. "I’m just thankful that we got that knockout. We just stayed patient and waited on the opportunity. Once I saw him crumble, I tried to get to him, but Herb Dean already saved him. I wasn’t going to show no more mercy after that second round."

Buckley came out aggressively as always, but Wright moved well and landed several heavy kicks as Buckley moved to the inside. When in range, though, Buckley’s heavy punches started getting closer and closer until they finally found their home as the first round came to a close.

With Wright still on wobbily legs as the second round started, Buckley pressed forward, crashing into Wright with a 2-punch combo that sent Wright crashing to the canvas just 18 seconds into the round.

Performance of the Night: Antonina Shevchenko

There’s a whole lot of celebrating going on in the Shevchenko family right now, and it was Antonina that got the party started on the prelims of UFC 255. Wielding a visibly improved game on all fronts, she absorbed to sizable power of Ariane Lipski and dominated the Brazilian top to bottom, culminating in a slow burn of a TKO in the second round.

They made history just by being the first sisters to compete on the same card, and made it again when they both won decisively.

“It was different in a good way. I actually liked it so much, because before we fought in Muay Thai, me and Valentina, same event, same night, but it was already some years since we fought together,” Antonina would say after the show. “This time, it was so united. Just support for each other every day, no one even thinking about complaining because if you complain, what would Valentina think? If Valentina complains, what would I think? So it was so supportive everything, atmosphere at training was just right, atmosphere at home was just right.

During these three months that I was doing my diet, because this time I did everything right, my diet, everything. I didn’t have cakes, I didn’t have sodas, I didn’t have nothing that wasn’t allow. Almost every day, I was making a list, what I would have after, so I have a long list. We will start the celebration tonight, I think”