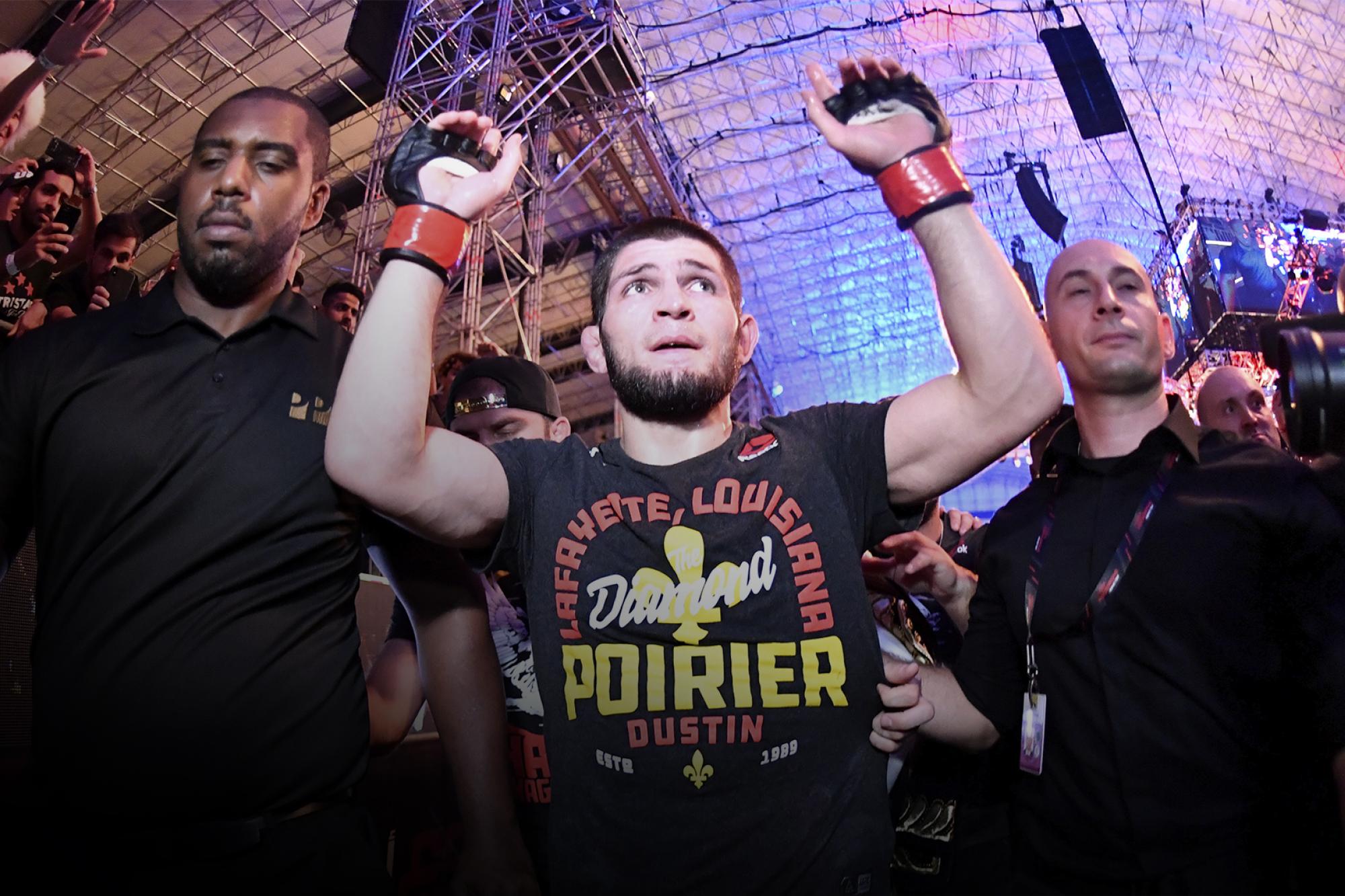 The Talking Points and Bonus Winners of UFC 242
By Steve Latrell, on Twitter: @TheUFSteve • Sep. 8, 2019
Performances of the Night
Khabib Nurmagomedov

It’s okay to start wondering if Khabib will ever suffer a defeat.

In an event curated to celebrate his singular achievements in the sport, Khabib Nurmagomedov rose to the occasion and dispatched yet another elite lightweight as if it were a foregone conclusion. Dustin Poirier battled as doggedly as we’ve come to expect, and came whisper-close to doing what no man has been able to do thus far, but Nurmagomedov is undefeated for a reason.

Following the 28th chapter of a perfect career record, even UFC President Dana White conceded the pride of Dagestan is “a couple fights away from GOAT status.”

In the lead-up to UFC 242, both Khabib and Poirier acknowledged the next shot at the title should go to Tony Ferguson. It's a bout that has fallen through four times previously, but the seemingly-jinxed pairing added a new layer of intrigue Saturday night when Nurmagomedov’s 12th promotional win tied none other than Ferguson for the longest active UFC win streak.

When Teemu Packalen fell like freshly-cut timber to the canvas at 3:33 in the first round, it was one of those knockouts that immediately had the viewer worried about the health of the defeated instead of the technique of the victor.

Packalen, as it turns out, will be fine, and we can all relax and applaud an absolutely devastating UFC debut.

“To be honest, I trained for 15 minutes (of fighting) and I never force a knockout, but I was a little bit upset. Not about the opponent; I respect the opponent. I wish him all the best. I hope he isn’t injured. But I had some people talking too much. They were questioning whether I deserve to be in the UFC on this card. So I think now (there’) no question anymore.”

On that point, it’s impossible to argue.

Over the course of 17 professional fights, Muslim Salikhov has only gone past the first round three times, and surprise surprise, his only two career losses happened when the fights went long.

Knowing this about himself, Salikhov proceeded to get down to business from the opening bell. Undeterred by the efforts of the always-game Nordine Taleb, the “King of Kung Fu” needed only 4:26 to select his shot, a wicked right hand that required no follow-up as Taleb fell backwards to the canvas.

“I try to finish all my fights inside the first round. I knew when I hit him it had a good chance of finishing the fight and the referee stopped me so I knew it was good. I don’t care who is next I will take anyone. Maybe Li Jingliang from China. He’s a good fighter, he’s a star in China, I’m very popular in China, so it will be a good fight.”

Throughout fight week, no fighter was more in the moment than Belal Muhammad. Fighting in his ancestral Middle East for the first time, he basked in the hospitality and good vibes from friend and stranger alike, and referred to them routinely as “my people.” As if to repay them for the love, Muhammad put on a three-round domination of Takashi Sato that ended in his first career submission victory. While Sato was able to score some points, particularly in the second round, it was evident from the early going that this would be a one-sided affar.

With the win, Muhammad curiously became the second fighter of the night to call out Li Jingliang, describing it as a “fun fight.” Whoever his next opponent is, Muhammad has won six of his last seven, and is counting on the powers that create the UFC rankings to “Remember The Name.”