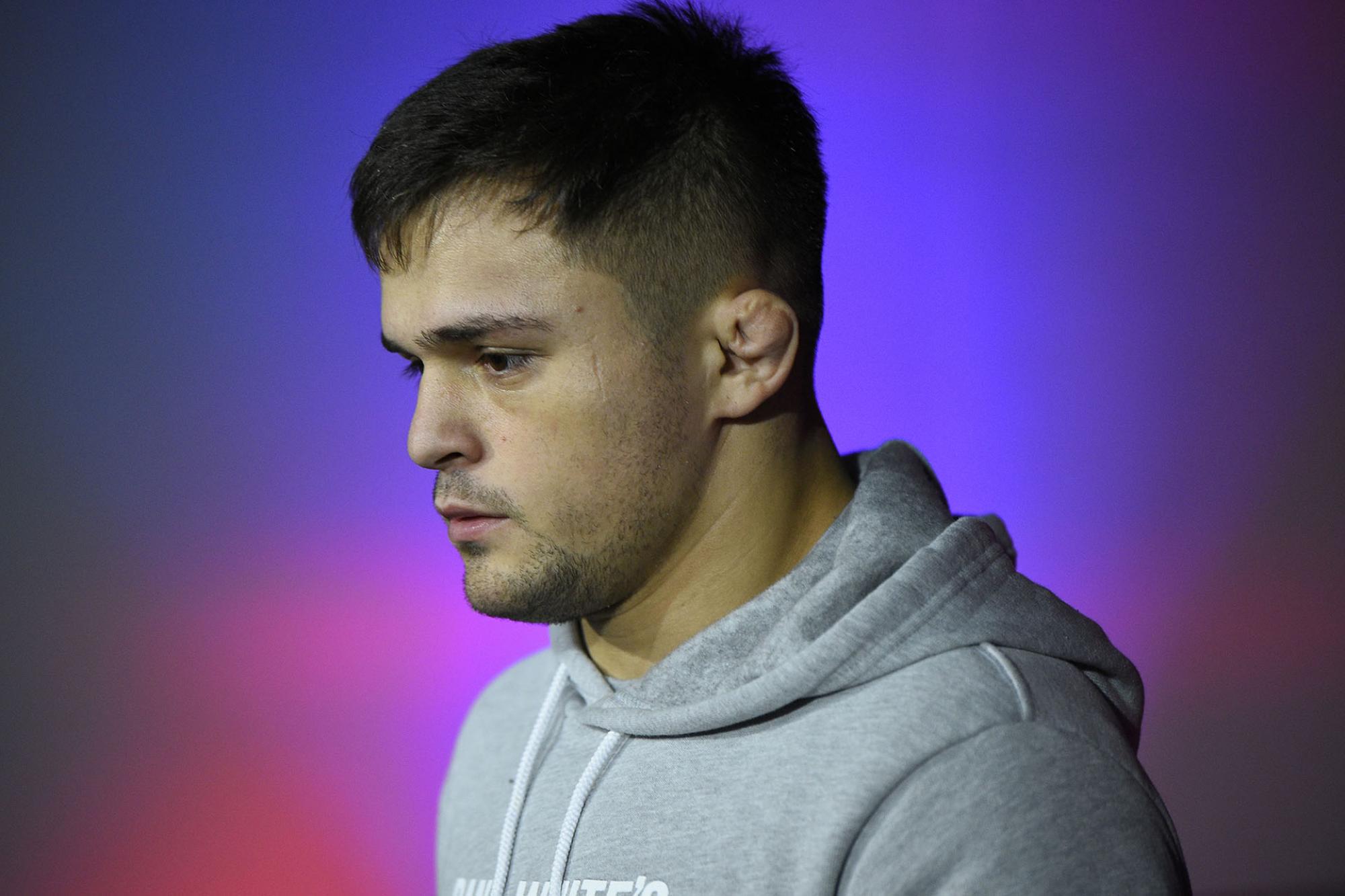 “Absolute savage,” said Dana White as he spoke to Laura Sanko at the conclusion of the second episode of 2020’s Dana White’s Contender Series.

I love savages. I love guys that fight like this kid fights. Welcome to the UFC, kid.”

And with those simple words, TJ Laramie’s life was forever changed.

A short time earlier, the doctor had called a halt to his contest with Daniel Swain after the first round when the latter couldn’t get up off his stool. The first round TKO duly impressed the boss, and years of grinding away in the gym had finally been rewarded. 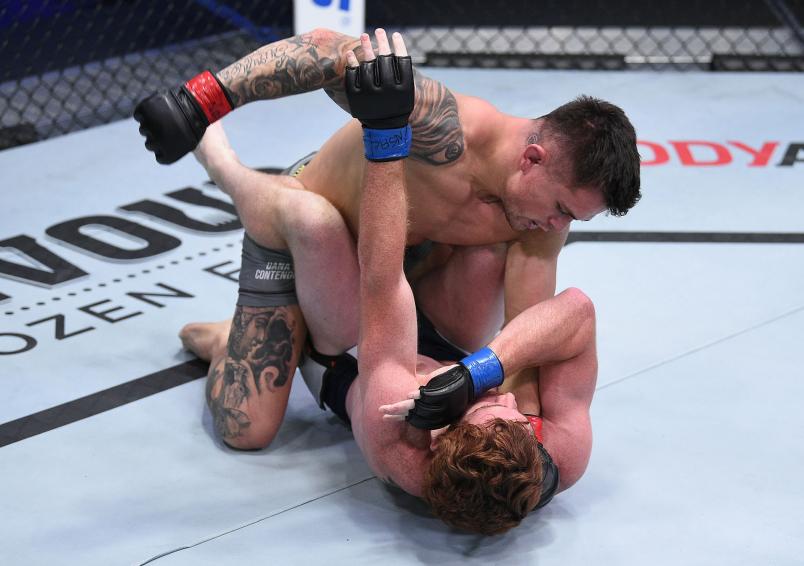 "It was almost a sense of relief,” said Laramie. “The amount of training, the amount of time I’ve spent just getting to this spot, it was really a big weight off my shoulders, and all the hard work paid off. It was amazing to finally feel I deserved it. I’ve really started the next chapter in my career.”

“Next chapter” is a key turn of phrase for the Windsor, Ontario prospect, whose personal quest is far from over. When Georges St-Pierre retired from the Octagon a few years back, it left a vacuum to be filled by the next great Canadian MMA star. Laramie doesn’t see any reason why it can’t be him.

“The dream hasn’t been just to get here, it’s to be at the top of this sport. And that’s what I plan to do. I’m only 22 years old. I’ve got tons of room for growth. I’m going to be better next year than I am this year. I feel like my growth is exponential and I feel like I’m constantly getting better all the time. I feel like I’ve got the story behind me that people really like to follow. I inspire a lot of people. I work hard. I’m humble. I’m not coming out here trying to be a (Conor) McGregor actor, trying to be something I’m not. I’m not going to act out of character for anybody. You either like me or you don’t. So far, most people seem to like me, so that’s good.”

Twenty-two is indeed plenty of runway to create those dreams, particularly when he’s already managed to compile a stellar 12-3 pro record before stepping foot in the UFC. But there’s little time for celebration, as he was tapped to make his promotional debut vs Darrick Minner at Saturday’s UFC Fight Night: Covington vs Woodley, returning to the UFC Apex in Las Vegas a mere 39 days since securing his contract. 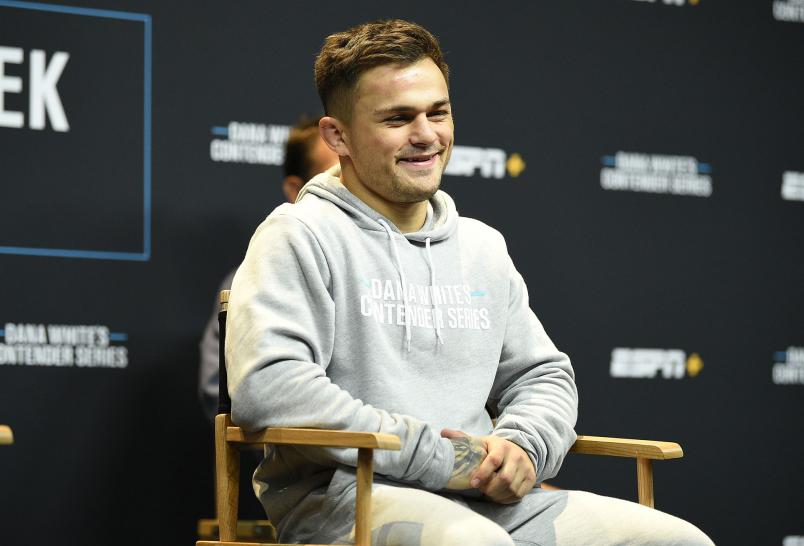 “I went and seen my girlfriend, went on a little two-week vacation,” he says of his post DWCS celebration. “But literally three or four days in, I got the email with the opponent and the date. I originally really didn’t want to fight until November or December because I wanted to come back here to Vegas and really get the full use out of the Performance Institute, really get a good program going with the coaches there. But the matchup was so good, it was so similar to the guy I had just fought on Contender Series, I jumped right back into training camp, got some training done in Winnipeg, and then came back to Vegas with three weeks to go.”

Despite the short turnaround, he recognizes that his recent experience in the quiet, fan-free facility gives him a small advantage his opponent doesn’t have.

“100%. I’m telling you right now, anyone who hasn’t fought in that kind of environment is going to feel something weird about it. It’s just not the same. I’ve never been to a venue where I haven’t heard a crowd scream. I’m sure not that many [fighters] have had the experience of a dead silent crowd, where you can hear the other corner as much as you can hear your own.”

But despite the edge and an overall projection of confidence, he’s careful not to count his chickens just yet.

“As far as Darrick Minner goes, he’s not someone that I can take lightly. He’s not someone I can sleep on, because that’s his game. He catches people right off the bat. He catches people that come out slow, so I can’t be that kind of fighter this fight. But then again, same with Swain, you know what I mean? They’re the kind of guys where it’s like if you come out and you play into their scrambly style, they’re going to throw up some good opportunities and have good chances to catch you. But, for me, I base a lot of stuff on slowing things down, really being technical with how I fight and how I work. So I’m not too worried.”

When he’s not in the gym or in the cage, you can find Laramie moonlighting as a barber. It might sound like a disparate pair of professions, but just like MMA, Laramie got interested in cutting hair as a young man and approaches it with the same dedication and fervor.

“Being able to get away from the fight world is amazing,” he explains. “It’s not just a job for me, it’s a passion, too. I was 16 when I got into it and I was doing haircuts for free at one point to get the experience. Just being able to go to the shop and talk about whatever nonsense is going on in the world or sports or something, it’s great to get away from the gym and who you’re fighting and how you feel.”

So does he have any advice for the fledgling DIY stylists that the pandemic has caused many of us to become?

“Absolutely wait for your barber,” he says seriously.  “You don’t want to be that guy walking around where it’s like ‘Damn, I can tell he cut his own hair.’”