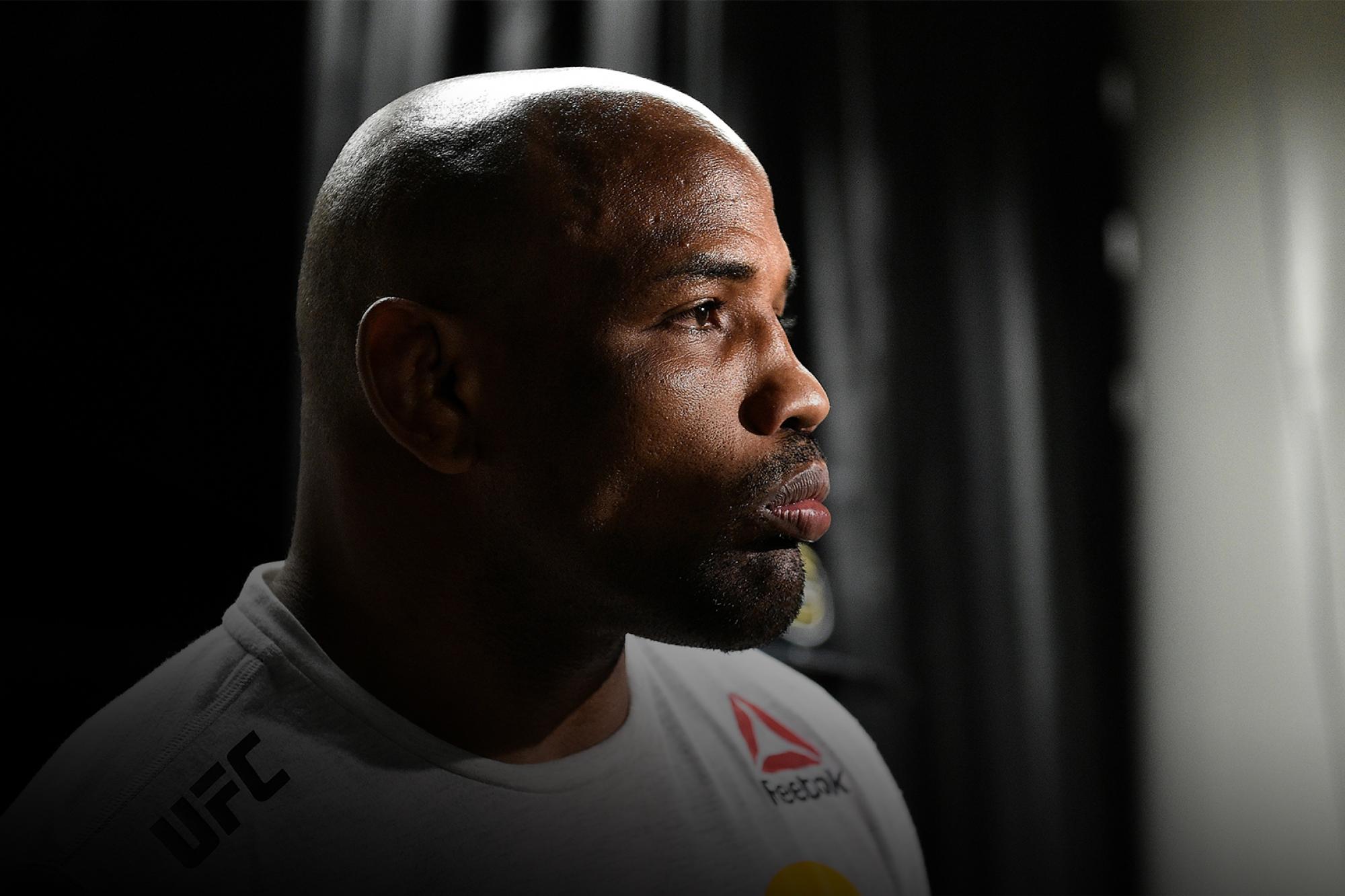 Romero's Return Is An "Amazing Time"

It's been over a year since Yoel Romero appeared in the Octagon. That changes this Saturday at UFC 241.
By Gavin Porter • Aug. 15, 2019

“When life gives you something like a lemon, do a lemonade.”

Yoel Romero has had an interesting year and some change since his last Octagon appearance in June of 2018. But the time spent away from the Octagon hasn’t discouraged him one bit.

“When you have a problem you need to work with that problem,” Romero said. “You need to be smart.”

Romero has dealt with injuries and won a tough legal battle with a supplement company during his layoff from UFC competition. Those difficult situations prompted Romero to rely on his positive mindset in the lead-up to UFC 241.

“And when you have the quiet time [time off] and you come back, every time it’s very special,” Romero said. “Because you come back and the people can see you again. You can do exactly what you want to do and you have the relationship with the fans again and with the relationship with adrenaline inside the Octagon. This is an amazing time; of course, I am very excited.”

The last time fans saw Romero fight was at UFC 225, where he and middleweight champion Robert Whittaker delivered an absolute classic in their second war. On Saturday in Anaheim, Calif., Romero will be facing undefeated prospect Paulo Costa.

Costa has drawn some comparisons to Romero, not only because both fighters are absolutely shredded at 185 pounds, but because of their raw power and explosiveness.

Without question, Romero is looking forward to the challenge.

“Paulo is a tough guy; he’s number seven right now in the middleweight division in the UFC,” Romero said. “My division is a very hard division right now. The guy is number seven because he is good. When the UFC puts the top guy against a guy in the top ten the people are very happy. This is a fight the people can’t wait for.”

A win would go a long way for Romero and could help him get right back into title contention following UFC 243, where Whittaker will take on Israel Adesanya to unify the middleweight title. Romero would love another crack at Whittaker and his quest to become champion would not waver if Adesanya were to capture the strap.

But before he can focus his energy on a title shot, he will have to get past Brazil’s Costa. Romero believes that his experience and his mental fortitude will help give him the edge once the cage doors lock.

“The most important thing is that you have a clear idea and plan in the fight,” Romero said. “That’s most important because sometimes the opponent is faster, younger and longer, but when he goes inside the Octagon he blocks it [gestures to his head]. And now you have a confusion with the plan you had. That’s a big problem.”

Romero is hopeful that he can get Costa out of his comfort zone on the pay-per-view portion of Saturday’s event. And he believes he can do that as long as he maintains his focus.

“The most (important) thing is my focus. No distraction, no egos and no putting your head down.”

Romero and Costa will go to war on Saturday in what should be one of the most thrilling fights of the year. Don’t miss the action and purchase UFC 241 on PPV right here. The main card, which features Romero and Costa, starts at 10pm/7pm ETPT.