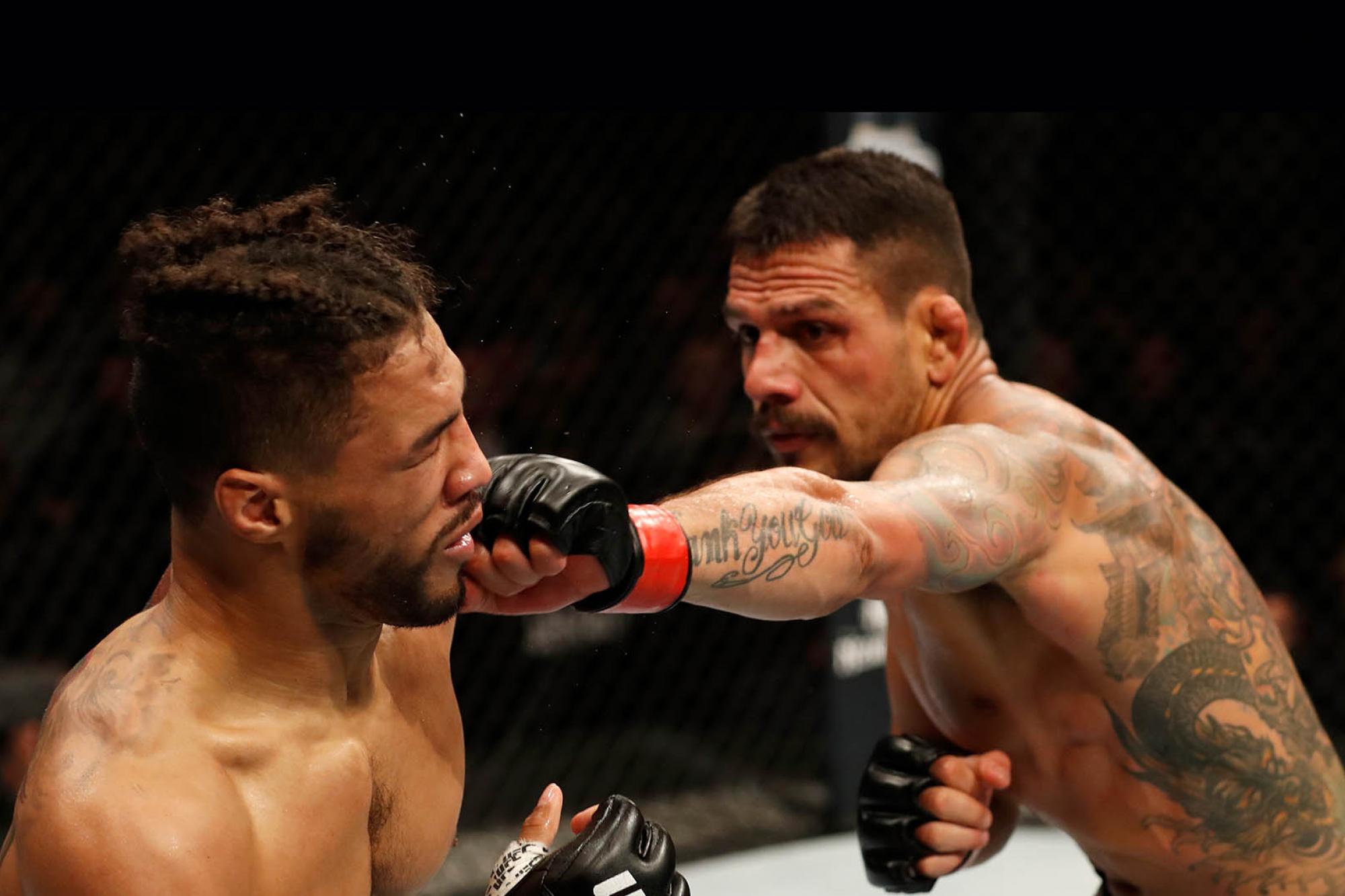 Rafael Dos Anjos: "I Can Beat Anybody"

Rafael Dos Anjos is one of those fighters whose recent results remind you that not all wins and losses are created equal and that context matters.

While both of those things may seem obvious to most, the reality is that once a fighter starts to creep closer to 35, a couple setbacks is all it takes to kick off speculation that they’re over the hill and their career is headed in the wrong direction. No matter who those losses came against, some will simply see consecutive defeats and begin to wonder aloud, “What’s wrong with (insert fighter name here)?” as if the acceptable reasons for suffering back-to-back losses change beyond a certain age.

Heading into his main event assignment against Kevin Lee in May, Dos Anjos was on a two-fight skid, having suffered losses to Colby Covington and Kamaru Usman. Despite the former having claimed the interim welterweight title in their encounter and the latter dethroning Tyron Woodley in impressive fashion in the bout following his triumph over Dos Anjos, many questioned whether the former lightweight champion had anything left in the tank and viewed the matchup as a chance for Lee to make an instant impression in the 170-pound weight class.

Instead, the 34-year-old Brazilian veteran emerged with a fourth-round submission victory in a performance that showcased his veteran savvy and made it clear that he’s still in the thick of the championship chase in the welterweight division.

“I was feeling great, kept pushing the pace and when I felt he was getting tired, I took him down and gave him more things to worry about — not just my striking, but my takedowns as well — and I think that changed the fight.”

Just like the Valentine’s Day episode of The Simpsons where you can see the moment Ralph Wiggums’ heart breaks, watching the Rochester main event play out in real time, you could see the point when RDA took over.

After grinding his way through three tight, competitive rounds, Lee dropped in for a single-leg takedown, was rebuffed and just dropped to the canvas, giving Dos Anjos the opportunity to go on the offensive. Within seconds, the Brazilian jiu-jitsu black belt moved into mount and set up an arm triangle choke, securing the hold and forcing Lee to tap.

“I know that I have what it takes to be there, to get that belt; it’s just a matter of opportunity,” he said of contending for the title. “I didn’t have a good performance against Colby and against Usman; I had a bad day. But I know that on a good day, in a good mood, I can beat anybody — that’s how I feel.

“Kevin is a stud — a tough guy, he came out strong — but I had to use my experience, right? I’ve been doing this so long and it felt great to get back on a winning path and I can’t wait for Saturday night.”

Shortly after the fight with Lee in upstate New York, Dos Anjos received a call from UFC President Dana White. He was looking for a main event for the promotion’s return to San Antonio and wanted to see if the 40-fight veteran was interested in making a quick return to the cage to face surging British upstart Leon Edwards.

“It’s not every day that Dana White calls you and asks you for a favor, right?” said Dos Anjos, who answered the call, accepted the challenge and will look to halt Edwards’ seven-fight winning streak on Saturday night at the AT&T Center. “He called me and asked me, ‘Hey man, I need a main event for July 20,’ and I took it.

“It was a short and dynamic camp; it didn’t take too much off our energy,” continued Dos Anjos, who noted that he started his camp for Lee much heavier and felt ready to go by the five-week point, which is how much time he’s had to prepare for Edwards. “Sometimes when you have a long camp, it takes too much out of you, but this time was short and smooth and it was great.

“I’m a fighter,” he added. “I can’t sit on my couch and wait for the perfect fight; that’s not going to happen. I’ve got to work and that’s what I’m going to do. I’m ready to handle business.” 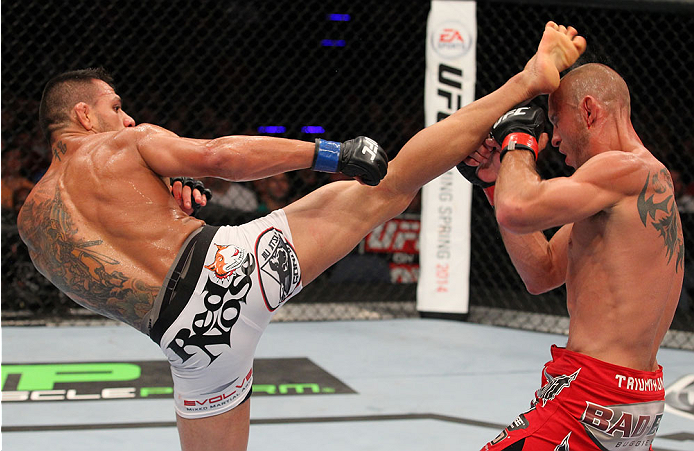 But that’s easier said than done when it comes to sharing the cage with the talented fighter from Birmingham.

Since suffering a split decision loss to Claudio Silva in his promotional debut, Edwards has gone 9-1, with his lone setback coming against the current welterweight champ towards the end of 2015. He’s rattled off seven consecutive victories since then, including unanimous decision victories over Vicente Luque and Donald Cerrone, emerging as one of the most dangerous up and coming fighters on the roster in the process.

Quiet and content to let his work in the Octagon speak for him, Edwards has been the “odd man out” when it has come to marquee matchups in the welterweight ranks in the year since defeating Cerrone in his first main event assignment, but a win over an established contender with a championship pedigree like Dos Anjos would cement his standing as a title threat and position him for an even greater opportunity later this year as the next wave of pairings come together.

However, just as he wasn’t interested in being a stepping stone on Lee’s path towards the top of the division, Dos Anjos has no intention of becoming the latest fighter to get beaten by the ultra-talented standout from the West Midlands.

“He’s quick, he’s got good footwork, he’s explosive, and he’s young,” Dos Anjos began, “but he’s never been in the cage with a guy like me.

One fight after being hounded with questions about a possible decline, Dos Anjos is back in the thick of the title chase, ready to put a stamp on his standing as one of the top contenders in the talent-rich welterweight ranks.