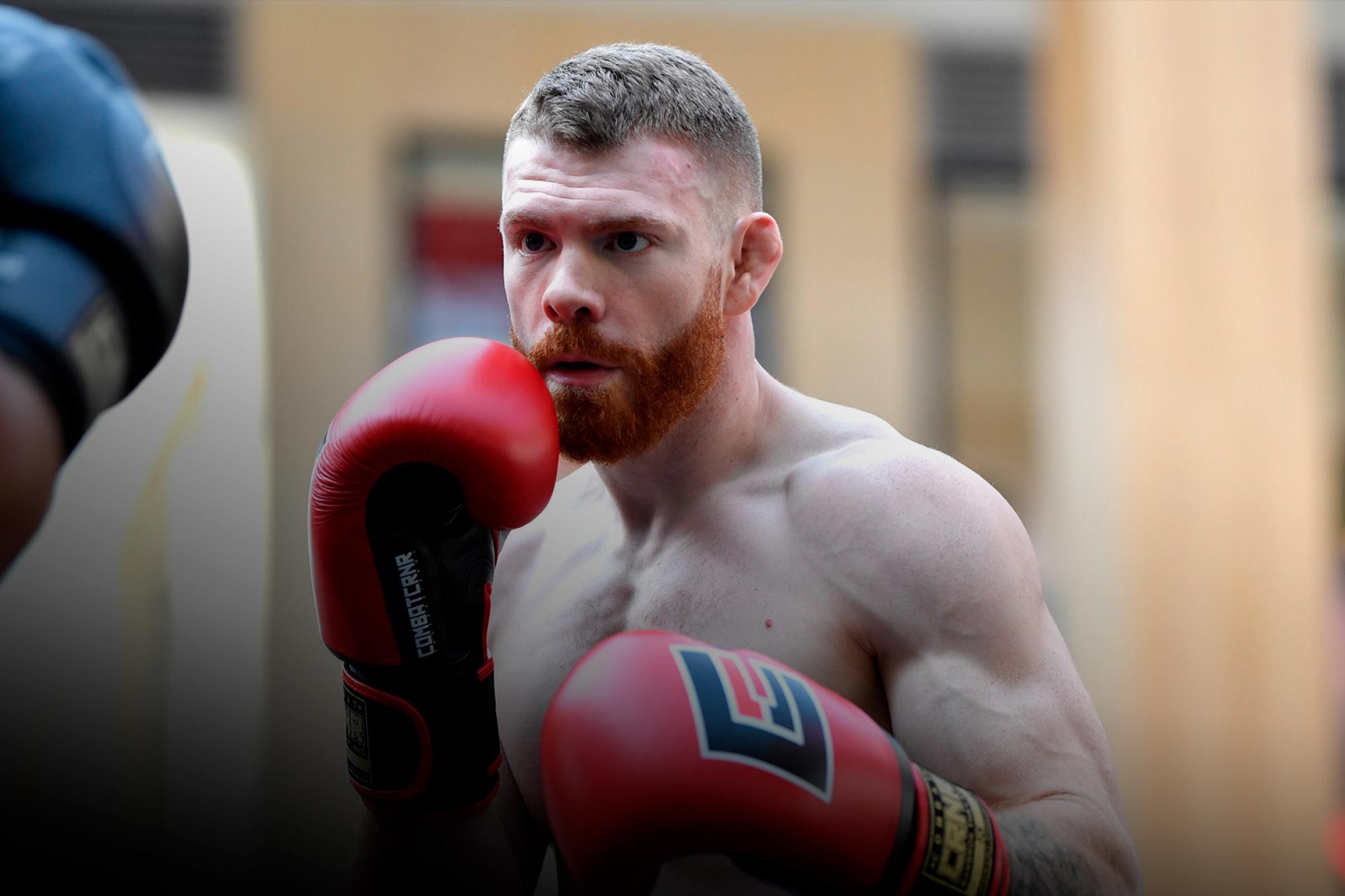 Four years after Paul Felder lost his undefeated record to Edson Barboza, he gets another shot with real contender-status implications on the line.
By Thomas Gerbasi, on Twitter: @TGerbasi • Sep. 5, 2019

They thought Paul Felder was crazy.

Fresh out of The University of the Arts in his native Philadelphia, Felder had found time for an amateur fight and was talking about it with his college buddies at a party. These friends all agreed that it was pretty exciting to see their fellow actor in a real fight, but assumed that was the end of it.

Felder had other ideas.

“Yeah, I have to do it again,” he said to a group that had suddenly grown silent with the exception of someone who blurted, “What are you talking about?”

“That was the most addictive, craziest f**king feeling I’ve ever had in my entire life,” Felder responded. “I have to do it again and I have to do it better.”

But it’s different now, as you would expect it might be. Today, Felder is a father to four-year-old Aisling, he’s earned rave reviews for his commentating work for the UFC, and there is still acting to fall back on. There’s a lot more to lose than there was when he was just out of college. He knows it, so the only reason he still puts on the four-ounce gloves is a simple one.

Watch Poirier and Khabib Unify The Lightweight Belt at UFC 242

“I don’t want to fight just to fight,” Felder said. “I’m not doing these weight cuts, this nonsense of being away from my daughter, being away from home, away from my mom, my brothers, my friends because I need to collect a paycheck; I’m doing this because I want to win that belt. I want to at least say I fought the belt. I want to be the best. I’m not doing it for money anymore. I can be a commentator, I can try to go back into acting, I can start other businesses, I’ve got a degree, I’ve got a lot of things that I can be doing other than getting punched in the face. I’m only doing it because I still feel like I’ve got a lot more to prove. And beating somebody who took my zero is definitely a step in that direction.”

This Saturday, in the UFC 242 co-main event in Abu Dhabi, Felder gets to meet that somebody a second time when he faces Edson Barboza. In 2015, the Brazilian wrecking machine met “The Irish Dragon” in Chicago and handed Felder his first pro defeat. It was probably a fight the Philadelphian should have turned down, as he was just 10-0 with two UFC bouts, taking on someone with nearly five years in the promotion at the time. He was even encouraged to pass by his manager at the time, but Felder’s own stubbornness and belief in himself, as well as a bit of a nudge from a buddy known for his willingness to accept any challenge made the fight a reality.

“I was who I was, and I was good buddies with Cowboy at the time, and we lived by the saying that fighters fight,” recalled Felder. “They offered it (the Barboza bout) to me and I think Cowboy actually put my name into the hat when Barboza’s opponent (Myles Jury) got hurt. And I got thrown in there. I was literally at the bar, drinking a beer, still sort of recovering from my knee surgery and I was like, ‘Sure, let’s do it.’”

Edson Barboza wasn’t – and isn’t – the kind of fighter other fighters line up to meet in the Octagon. If you must, you must. But it’s usually not a voluntary thing. Felder knew what he was up against. He didn’t care. He thought he would win.

“I had been watching Edson fight before I was even in the UFC,” he said. “I thought I could beat him for sure. When I took that fight, I figured I didn’t have anything to lose. He’s number seven or eight in the world, he’s the one who’s got something to prove and I thought I had what it took to beat him and I gave him one helluva fight. I was nervous. It was a huge step up in competition, a huge step up in spotlight, but that’s how I’ve always been in this sport and in the UFC, and I think the reason I am where I am today is because of things like that early in my career.”

Felder lost the fight via three-round decision, but he earned respect from his peers and UFC fans, as well as a Fight of the Night bonus. None of it felt like it was enough for a fighter who went from 10-0 to 10-1 in the space of 15 minutes in Chicago. But ask him now where he would be at had he beaten Barboza in 2015 and the answer is honest and surprising.

“I think it’s good that I lost that fight because if I win that fight at that point in my career, I really think that my s**t don’t stink and I can’t be beaten,” Felder said. “If I step in on six weeks’ notice, coming off knee surgery and beat Edson Barboza on a big FOX card, I think I start getting handed Murderer’s Row really early and maybe I don’t come back from that.”

He may be right. That didn’t mean it felt good at the time, and there would be more growing pains, including a second consecutive loss less than two months later against Ross Pearson, before he started moving in the right direction. 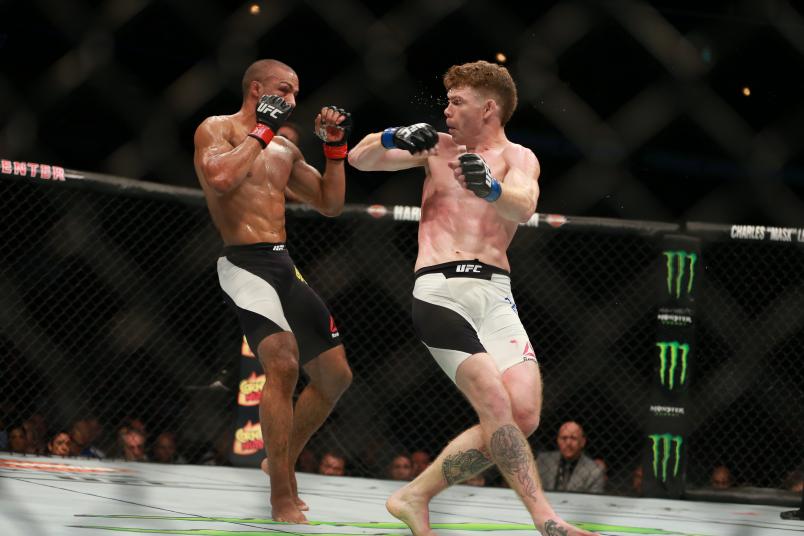 “I took a loss and I had to start reevaluating things,” he said. “Then I take another loss and I start realizing, ‘Wow, I’m really not where I thought I was.’ You go through the trials and tribulations of being a fighter and you figure out which coaches are right for you, which camps, how do I train, just all the details that I’ve figured out up to this point in my career. If that loss doesn’t happen right then and there, I don’t fix any of those things and I continue on the path that I was on. It’s hard to tell Paul Felder that four years ago. I wanted to win. I was crying backstage, I was upset, I didn’t want to see anybody, and I really thought I was gonna win that fight. I thought I did at the moment too. In hindsight, I think he won the fight. It was very competitive, but I think it’s the best case scenario that I lose that fight back then.”

Since the back-to-back defeats to Barboza and Pearson, Felder has gone 6-2. One of those losses was a short-notice split decision to Mike Perry at welterweight, the other was a doctor’s stoppage due to a cut against Francisco Trinaldo. In other words, Felder – who now trains with the Roufusport squad in Milwaukee – is a different fighter than he was in 2015. So when asked what he sees in Barboza that makes him feel it was the right time for a rematch, he quickly counters.

“It’s not even what I see in him,” said Felder. “It’s what I see in myself and who I’ve become as a fighter. I’m older, I’m more mature, more well-rounded and comfortable in there. I have the people around me that I need to be around me to be able to get that W, and that’s one I’ve always wanted back. It was my first professional loss, and up until that point I only knew how to win. He taught me some valuable lessons and I just feel like it’s time to give him some back.”

That’s not to say Barboza’s picture is on Felder’s mirror to be glared at every morning or that there’s a quest for revenge in Abu Dhabi. This is business, plain and simple, for two respectful athletes.

“There’s no bad blood between me and Barboza,” said Felder. “We’re gonna try to knock the living s**t out of each other, I can tell you that, but it’s purely for who’s gonna move up the ladder and who’s gonna get closer to that title shot. That’s it. And I feel like it’s my time to get that one back. At this point, he’s the number seven guy, so with a win over him I put myself in the position of being to call out the guys above that number seven spot. And that’s all I want.”

It’s probably not what his family wants, but they’ve learned that once Felder has his mind set on something, it’s impossible to move him. He does understand their feelings, though, and he hopes they understand his.

“They all want me to retire at this point,” he said. “But I’m still young. I’m only 35 and I’ve still got quite a few more years of fighting if I needed to fight or wanted to fight. I still love it and it’s what I do. I’m a martial artist. At my core, at my soul, I’m a fighter. I’ve always been one and I’ll always be one, even when I’m not competing for money. I want the money, don’t get me wrong, of course I’m not doing it for free. But there’s more to it. I wouldn’t do it just to collect a check. There’s some things left for me to conquer in this sport and there are some dudes I can beat that are at the top right now, this guy being one of them.”

On Saturday, far from Philadelphia, he gets his chance. That’s all he’s ever wanted. Well, there are a couple more things that he plans on taking care of as soon as he’s finished his rematch with Barboza.

“I want to be able to call my mom and my daughter,” Felder said. “After all these years, that’s what I look forward to. My mom has been through so much stress with me fighting and my father passing away a couple years ago from cancer. My little girl is with her mom the whole time, Face Timing me and not being able to see me. She doesn’t quite understand why I’m doing this. So yeah, that would be (the reason) why, to get out of that cage and go backstage and get a bowl of ice cream from the green room and call them.”