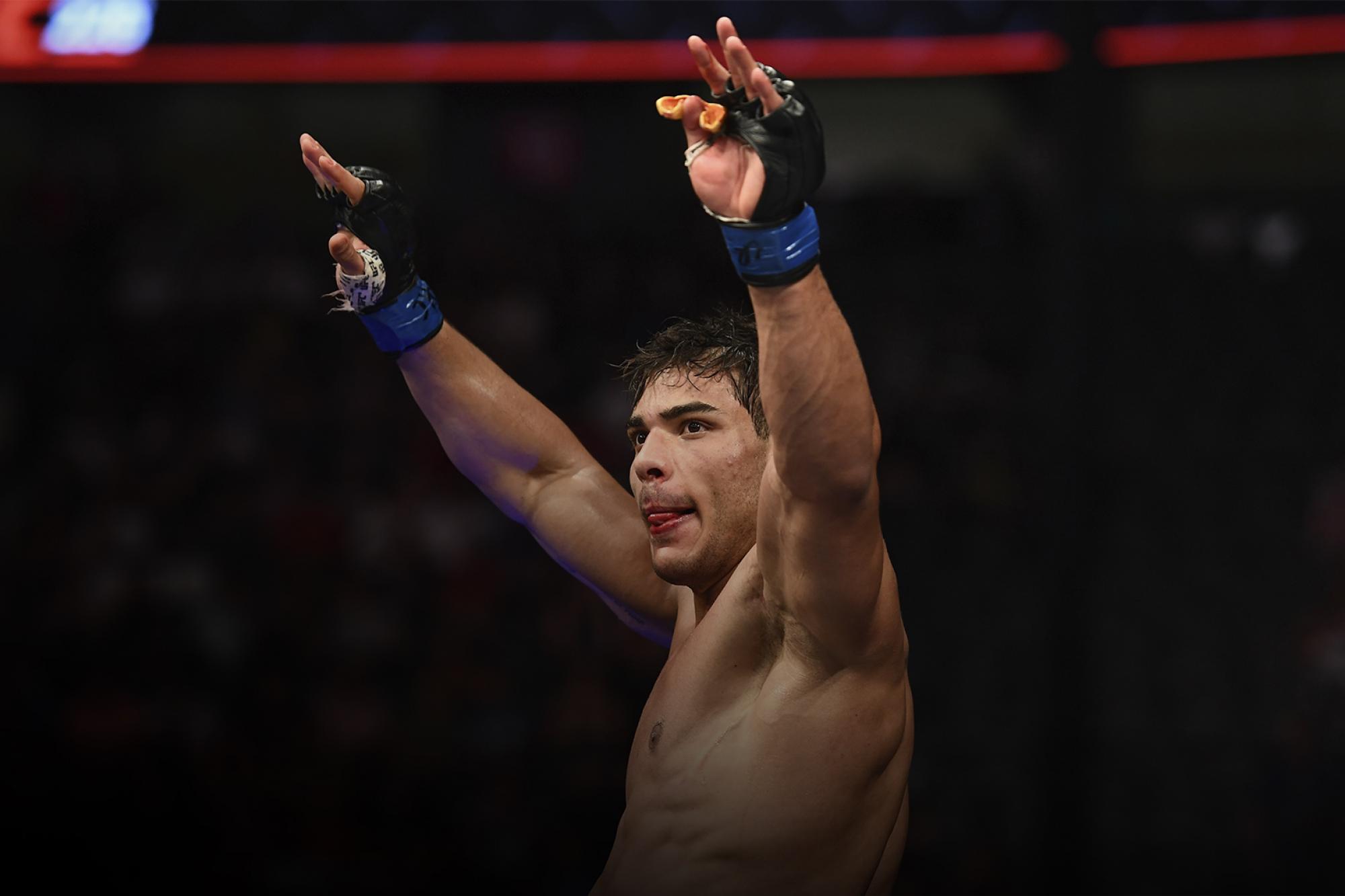 Not Just A Fight For Paulo Costa, It's Personal

Paulo Costa has wanted to fight Yoel Romero for a long time.

And when their matchup became official, Costa knew that if all goes according to plan at UFC 241, he will make a serious splash in the UFC’s middleweight title picture. A victory would also put Costa’s mind at ease, as he believes that Romero bad mouthed him in the months leading up to this Saturday night.

“I respect him as a fighter but not as a person because he talked s*** about me,” Costa said. “So I will make him pay for all of this. I’m focused but I have a part of emotion in this fight. I think it’s most exciting when you have a personal intrigue like we have.”

Costa is currently 12-0, with his two most recent wins over Johnny Hendricks and Urijah Hall. He is without question one of the brightest young stars in the UFC’s middleweight division, and fighting an opponent as talented as Romero is an incredible test.

That’s why Costa believes he can send a major message with a finish at Honda Center.

“After this fight I just need to say to everyone in the division that I am the king of the division,” Costa said. “Nobody can beat me and I will be the next champion. For sure. I have no doubt about this.”

On October 5th in Melbourne, Australia, middleweight champion Robert Whittaker will take on interim middleweight champion Israel Adesanya to unify the strap. Costa believes that if he can take care of business with Romero, the UFC will have no other option than to give him a chance at whoever the undisputed champ is.

“After I beat Yoel, the way to the belt is free to me,” Costa said. “I can’t see anybody to face me after this fight. Adesanya or Whittaker, I don’t care who will win.”

The fire in Costa’s eyes is clear as day, and as a true undefeated talent, he is hungry to prove he is the best in the world. All of Costa’s wins have come via finish, including 11 knockouts. Many fight fans see Romero as one of the most feared men in the middleweight division, if not THE most.

Costa is confident that his power and killer instinct, combined with Romero’s athleticism, have all the ingredients of an incredible fight. And he plans to put on one heck of a show for fight fans.

“Finally we have an opportunity to bring this fight to the fans,” Costa said. “It will be an amazing fight. I’ll bring my best for this and I had a very hard fight camp. And now I’m here ready, 100 percent, to do my best and to bring a great show for all the fans.”

You’re not going to want to blink once the Octagon door closes behind these two middleweight machines. Tune into UFC 241 live on PPV at 10pm ET/7pm PT by purchasing the card on ESPN+ right here.