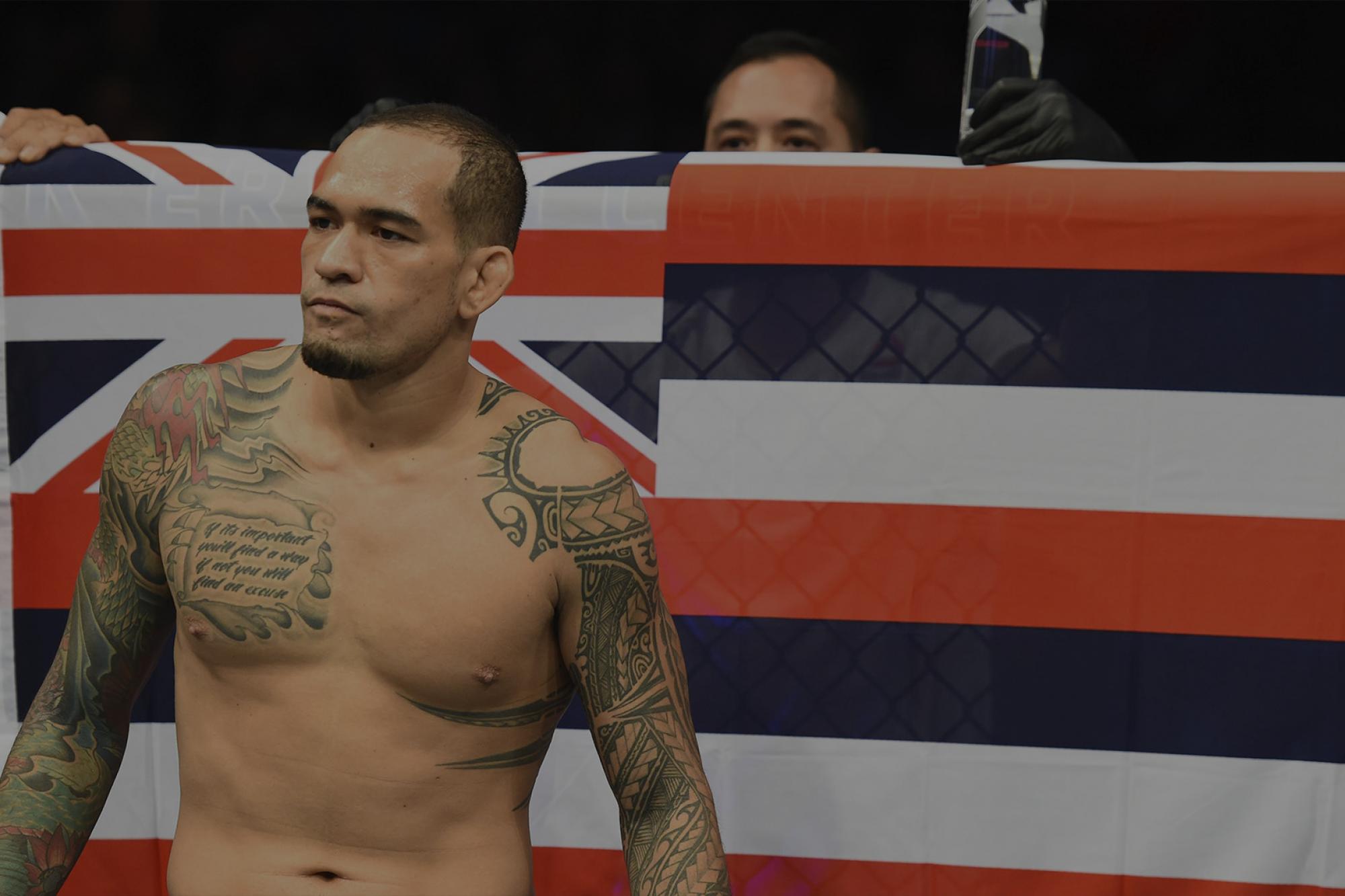 “I’m over here training with the world champ. Max Holloway is my main training partner, and I’m the most patient, non-emotional training partner. Why am I not doing that in the Octagon? And I finally found the missing link.”
By Thomas Gerbasi • Jan. 18, 2019

Always smiling, always quick with an “Aloha” and a kind word, Yancy Medeiros is one of the most pleasant athletes in all of sports. But the Hawaiian veteran will be the first to say that 2018, a year when he suffered his first loss in nearly two years and then saw an injury keep him sidelined, tested his smile.

“2018 was most definitely a challenging year, the most challenging year I’ve had,” Medeiros said. “From losing the fight to getting injured to not getting a call until January, it was just very, very challenging for me emotionally and with my patience.”

Medeiros has never been known for his patience on fight night and it’s why fans around the globe love him. When the Octagon gate shuts, it’s time to scrap, and he never waits for the fight to come to him. But against Donald “Cowboy” Cerrone in February, this attitude led him to a first-round submission loss, snapping an impressive three-fight winning streak.

“I feel like my last fight with Cerrone, I wasn’t patient,” he said. “I’m over here training with the world champ. Max Holloway is my main training partner, and I’m the most patient, non-emotional training partner. Why am I not doing that in the Octagon? And I finally found the missing link.”

At least one. The other missing link for Medeiros was almost an accidental one that saw him move to a plant-based diet as he rehabbed the injury that forced him out of a July bout with Mike Perry.

“I got introduced to that when I first met Nick and Nate,” he said of the diet brought to his attention by the Diaz brothers. “They put me on the plant-based diet and I got back home and after I got hurt in the summer, I really wanted to focus on myself and really see what was going down and what I had to do to progress and just get better.”

Soon, remaining at 170 pounds wasn’t going to be an option anymore despite the fact that he had compiled a 3-1 record in the welterweight division.

“I changed my nutrition up and started feeling better and better and I started walking around 170-175 in September,” he said. “All of a sudden I’m dropping weight. I woke up today (January 10) at 161. I’m healthy and not even trying to cut weight. I’m living that ninja gorilla life.”

Medeiros made weight for his Saturday fight with unbeaten lightweight Gregor Gillespie with a smile on his face. Not bad for a guy who used to clock in as a heavyweight.

“I was 245 pounds,” laughs Medeiros, who will be missing some great Hawaiian food. “I do miss sushi, I miss all the Hawaiian food, but I would miss this feeling more.”

I ask if he even remembers the 240-pound version of himself. 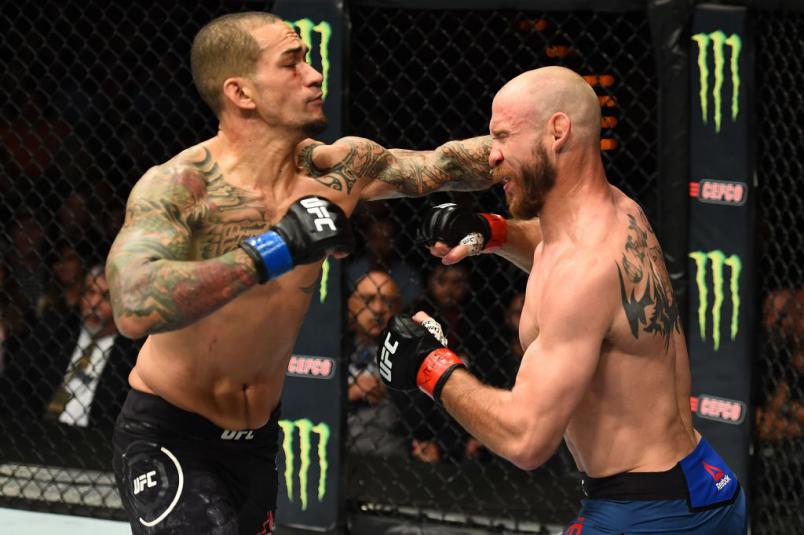 Clearly, the happy Yancy is back, and while he had his struggles at lightweight in the UFC, where he went 3-4 with 1 NC from 2013 to 2016, he’s feeling a lot different about 155 pounds these days. Just don’t call it a fresh start.

“I don’t think I got a fresh start; I think I evolved backwards,” he said. “I just went back to doing it how we used to do back in the old days. As much as this is a sport, I’m still a martial artist traveling around. Now I’m going to New York and I’m gonna test Gillespie and see how good he is. No disrespect against the man, but it’s the martial artist in me, the best Yancy Medeiros you’ve ever seen.”

The best Yancy Medeiros is a scary proposition for any fighter in the division. He has a sneaky submission game and the ability to end fights with his fists, but what epitomizes who he is can be found beating in his chest. And though it takes heart to make the walk up those four steps, it only really shows up when a fighter has to get through adversity.

“I want to see adversity because that’s what makes a champion and it’s what makes a great fighter, showing the heart and showing how they can come back from it,” Medeiros said.

Gillespie hasn’t had to come back from a loss in his MMA career. He’s 12-0 and he’s impressively had his way with his opponents. Medeiros has been there before, racing out to a 9-0 record before losing Rustam Khabilov in his UFC debut in 2013.

“I had that loss and it hit me,” Medeiros said. “Damn, this is adversity, this is what we all have to go through. It’s not how you get put down, it’s how you get up, and I felt that every loss is not a loss, it’s a lesson. If you take it as a lesson, it’s a challenge and it builds you and you get better at it.”

Not everyone is as philosophical as Medeiros is. Those folks don’t usually stick around too long. Medeiros is in his 12th year as a pro.

Medeiros is going to find out is Gillespie can take it. It’s not about bad blood, it’s not about hating his opponent. It’s a fight. More importantly, it’s a test.

“It takes a lot to get in there and everyone puts out their emotions and their energy a different way when they get in there to fight,” he said. “Someone’s gonna try to punch you in the face or rip your neck off and some people can be happy and can smile. I feel like I’m a martial artist 3,000 years back, just going to another gym trying to find someone else to see who the better martial artist is. I don’t try to disrespect my opponent and I don’t try to belittle him because at the end of the match, he’s still a human being just like me and I’m no better than him. We’re just competing. I’ll never let a fight dictate my personality and who I am.”

And he won’t let impatience take his smile away again.