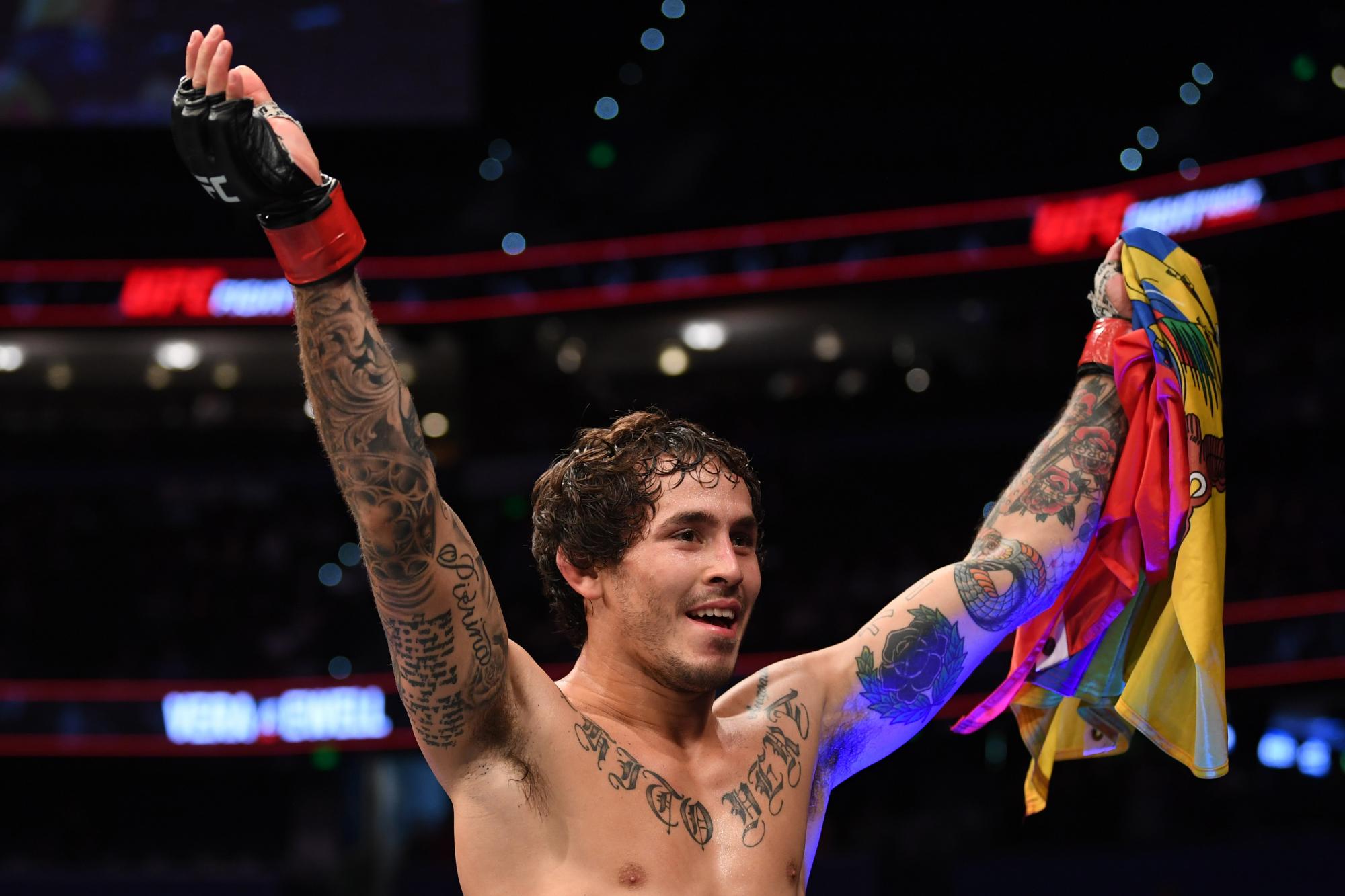 Marlon Vera Is Hungrier Than Ever Before

The up-and-coming bantamweight accomplished his goals of making it to the UFC. Now, he's aiming even higher.
By Thomas Gerbasi, on Twitter @tgerbasi • May. 12, 2020

When the UFC delivers its third event in eight days this Saturday in Jacksonville, its biggest fan won’t be watching.

“I think I'm the number one fan of the UFC,” said Marlon Vera, who faces Song Yadong in Jacksonville. “And I'm not a casual, I'm a hardcore fan. Before I started training, I was watching thousands of fights and, for me, it was really all about fighting. Growing up, I used to fight as a kid on the street. I remember my cousins or my brother, they used to pay people on the street to come and fight me and beat me up. But I used to love it. I was fighting, I'd get upset, I'd cry, but that was my playground. And when I started watching PRIDE, UFC and Strikeforce and WEC, I wanted to be there, I wanted to be those guys.”

In his home country of Ecuador, there were no gyms producing UFC fighters, no UFC on television every weekend, so Vera had to get creative, first as a fan, then as a young man determined to get to the big leagues of the sport.

“I was a master on the computer,” he laughed, talking about the various ways he got to see fights in a place where there weren’t any outside of the ones he was getting into on the street. And once he was 16, he trained like a madman to learn his craft. A year later, he had his first sanctioned fight. And by 2012, he was a 19-year-old professional.

“The reason I started fighting was to be in the UFC,” said Vera. “This wasn't something that just happened. I didn't know what I would be in life until the moment I saw the UFC and I said I want to be a UFC fighter.” 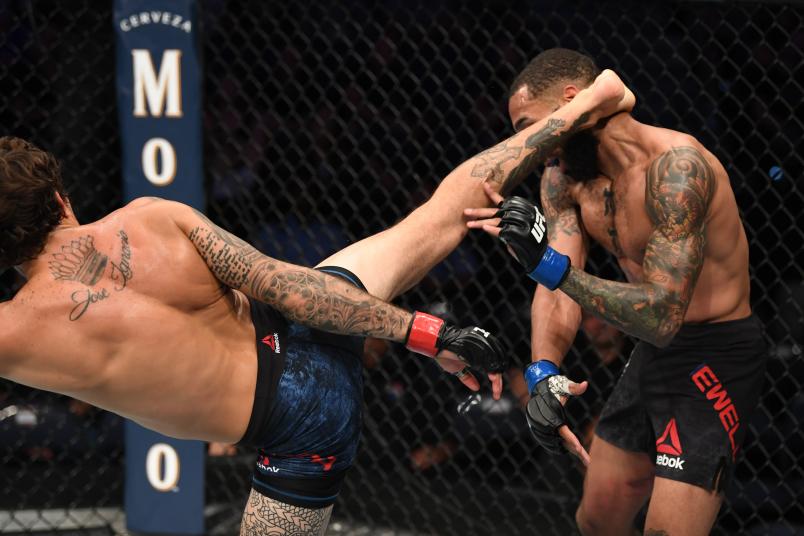 In November 2014, he became one after a stint on the first season of The Ultimate Fighter Latin America. He was raw, but talented, and more importantly, he was determined to get it right, both in and out of the Octagon.

“When I moved to the U.S., my first goal was to bring my family to the U.S.,” he recalls. “After that, get my daughter's surgery (for Mobius syndrome). After that, keep winning fights so I can establish myself in the UFC.”

Those were the goals when he signed that first UFC contract. Less than six years later…

“All that is done,” said Vera. “What's the next motivation? We just bought a house. My kids can play, my wife is happy. So as soon as I'm done, I find another thing to put in front of me.”

That success in life as a family man has translated to success in his day job as well. Currently ranked 15th in the world in the bantamweight division, Vera rebounded from a 1-2 start in the UFC to win eight of his next 10 fights, including five in a row heading into this weekend’s clash with Song. The Chinese up and comer is Vera’s third opponent in the last couple months, as fights with Eddie Wineland and Ray Borg hit the dust due to the COVID-19 pandemic. Now it’s Song, but Vera doesn’t really care who it is at this point, as long as he gets to fight.

“I'm good right now, I feel great, I'm in shape, I'm ready to go and I'm learning and growing, but I haven't become a diamond yet,” he said. “I'm partially there. I'm becoming better every day, I'm training better, I'm just trying to get better and stay healthy because the most important part for an athlete and a fighter is staying healthy. If you're not healthy, you're in trouble. So I make sure I take care of my brain, my diet is good and I'm motivated and happy. I'm in good spirits, so I'm ready to put on another performance and take this guy out.”

If he does leave Florida with his sixth straight win, that will likely mean that his ranking goes up and he’ll get an even bigger fight the next time out. That’s all fine with “Chito,” but he’s not letting his ranking get to his head, not now, not ever.

It's all about goal setting, and the ultimate one for the kid from Ecuador downloading fight videos as a teenager is to be a world champion. If that doesn’t get him out of bed in the morning, nothing will. And when Vera does rise from a good night’s sleep in his new home, it’s with a smile on his face and a determination to make those dreams a reality.

“There’s something I want to tell people,” he said. “You never take your foot off the gas. A lot of people, they try hard, things don't go well and they try something else. I was the opposite. Every morning I wake up and this is something you can't teach people - you either have it or you don't; when I wake up, it's with a smile on my face and a f**king let's go. Every morning, it's go forward, go hard. Be happy, take care of yours, and get it done.

“Every morning, it's a mission.”

For more information and updates, sign up for the UFC Newsletter.