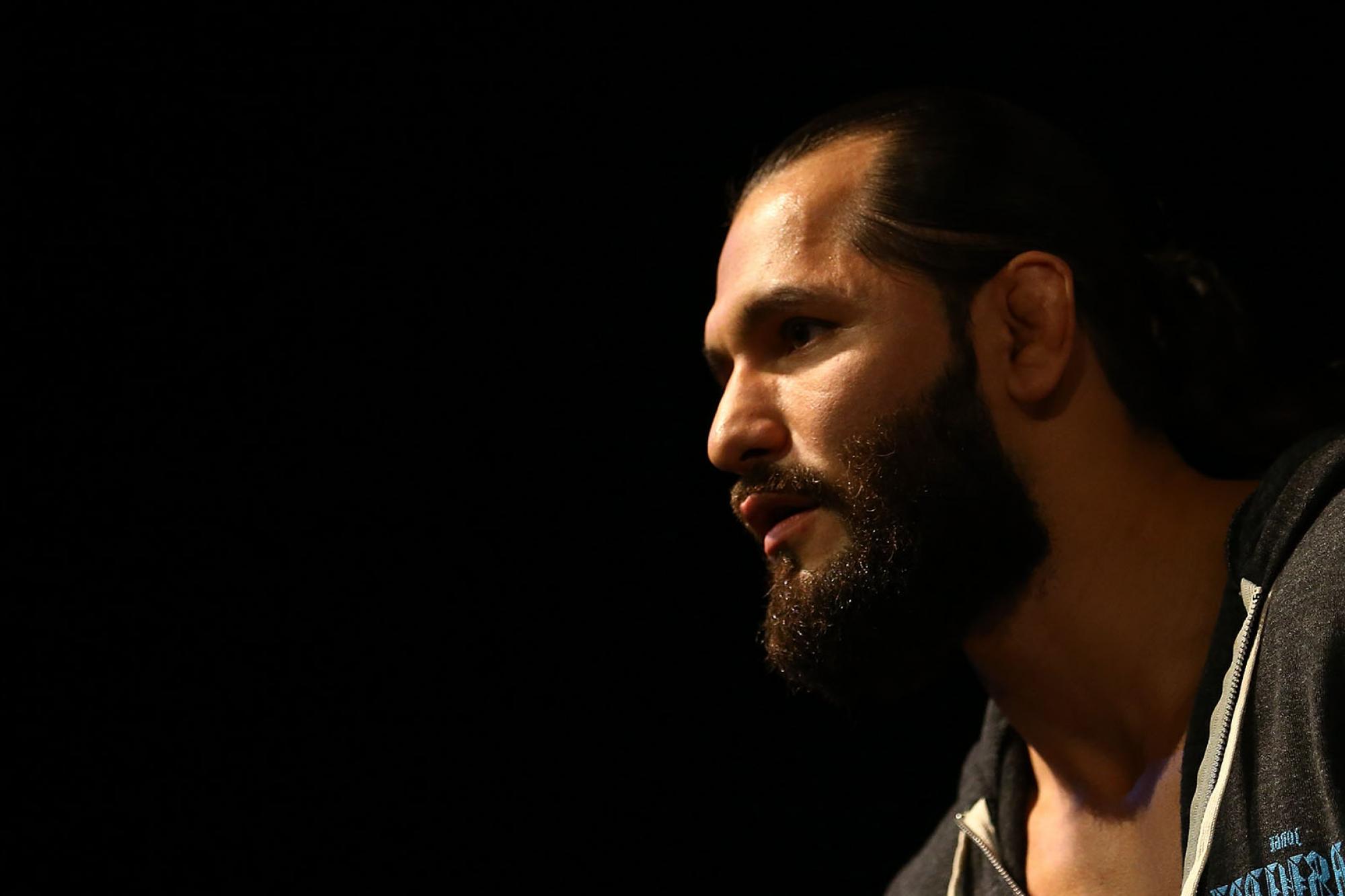 The Original BMF Reflects On His Long Road To A Welterweight Title Shot
By E. Spencer Kyte, on Twitter @SpencerKyte • Jul. 9, 2020

It’s notable enough that Jorge Masvidal has logged 48 fights in his 18-year career leading up to his challenge for Kamaru Usman’s welterweight title in the main event of UFC 251, putting together a 35-13 record that includes 12 victories in 18 appearances inside the Octagon. But his story is one that is even greater than those numbers could possibly convey.

“It’s been a rollercoaster, man — ups and downs, downs and ups, and even in my downs or my highs, it’s been an amazing journey,” said the 35-year-old from Miami when speaking with the media on Thursday afternoon. “I love it and I love what I do; that’s why I’m still here.

Masvidal might have the most apt nickname in the sport because “Gamebred” was indeed raised in the world of fighting.

From the backyard brawls that made Kimbo Slice an Internet sensation to a collection of defunct promotions around the globe, the charismatic veteran has been paying his bills by punching people in the face for nearly 20 years. He tested himself early on against future contenders like Raphael Assuncao and Joe Lauzon, as well as seasoned veterans like Keith Wisniewski and Yves Edwards, bouncing between lightweight and welterweight, answering the call whenever it came.

He fought on the beach in Costa Rica under the BodogFIGHT shingle, at the Playboy Mansion for Strikeforce, and on four Sengoku events presented by World Victory Road in Japan. He was in the lineup for Bellator’s inaugural event, and gave Gilbert Melendez a tough fight for the lightweight title after piecing up KJ Noons upon returning to Strikeforce.

There were flashes of brilliance once he finally arrived in the UFC as well, including a second-round submission win over Michael Chiesa, a blistering finish of Cezar Ferreira, and a three-fight winning streak capped by a second-round knockout win over Donald Cerrone that landed Masvidal in a title eliminator tilt against Demian Maia at UFC 211.

That fight, like his three losses before it, ended up in the hands of the judges and the ringside officials were split on who had done enough to earn the victory. As it had in each of the three previous instances, the 2-1 tally went against Masvidal, and the impressive run that brought him to the brink of challenging for the welterweight title quickly faded from everyone’s memory.

A second consecutive loss, this one to former title challenger Stephen “Wonderboy” Thompson, prompted the veteran to press pause on his career. He returned in March of last year, venturing across the Atlantic to face Darren Till in London, and his star has been on the rise ever since.

“I had a good year to myself to reset my mind, get everything right in my head, my body, my soul and spirit, then come back to this sport and give it my all again,” said Masvidal, who knocked out Till early in the second round to kick off his breakout campaign in the UFC cage.

A little less than four months later, the American Top Team product established a new record for the fastest knockout in UFC history when he flew across the cage and laid out Ben Askren with a flying knee just five seconds into their main card showdown at UFC 239. Four months after that, Masvidal walked into Madison Square Garden in New York City and claimed the BMF title with a one-sided drubbing of Nate Diaz in the main event of UFC 244.

Three fights, three finishes, and a couple A-plus additions to the MMA lexicon in the span of nine months took him from being the respected veteran that hardcore fans always spoke highly of to one of the biggest stars in the sport.

“It’s just amazing that the world took notice this time and it’s really been a blessing,” he said of his “overnight” emergence as a pay-per-view headliner and one of the most in-demand fighters in the game, one with the opportunity to add another incredible chapter to his story this weekend.

“What an exclamation point, right?” he said when asked what winning the title on Saturday night would mean given both the circumstances surrounding this fight and the journey he has taken to arrive at this point. “They say this guy is the best in the world and the worst style possibly for me out of the Top 10 guys — it’s all these things going against me before I even get in the cage — so leaving with that belt is going to be pretty cool.”

Up until last weekend, the opportunity to face Usman for the UFC welterweight title belonged to Gilbert Burns, the surging Brazilian who parlayed victories over Demian Maia and Tyron Woodley earlier this year into a chance to face his teammate, training partner, and friend for the belt Saturday night on Yas Island.

But when Burns was forced out of the contest, Masvidal did what he’s done throughout his career: he answered the call and accepted the challenge, agreeing to face Usman halfway around the world, with less than a week to prepare.

“The reason I’m here is because I’ve taken opportunities like this in the past; I just didn’t get any credit for it or it went unseen,” Masvidal said of being able to sub in for Burns on six days’ notice and face Usman on Yas Island. “I’ve done this many times in my career, been in situations similar to this, and I’ve got to take advantage of it.

“At the end of the day, it’s a fight. It’s not a math test, an SAT thing that I maybe won’t be the best at — it’s what I love the most and what I’ve been infatuated with since my youth, so I just have to go out there, believe in myself, and give it everything I’ve got.

“There are other guys I would have said, ‘Maybe I need more than six days,’” he continued. “A lot of guys that I fought in the past, I wouldn’t have taken it on six days, but Usman is the perfect guy to take it (against) on six days.”

The man Masvidal sees as the ideal opponent to face on less than a week’s notice is undefeated inside the Octagon and carries a 15-fight winning streak into their main event showdown on Saturday. 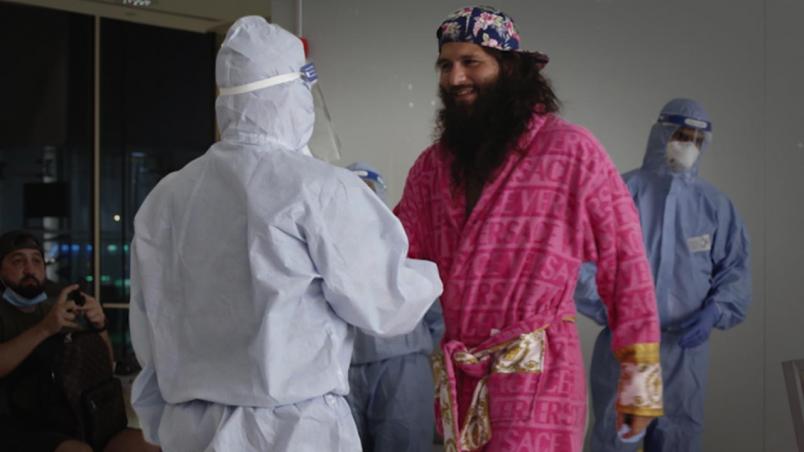 After methodically and systematically working his way up the welterweight rankings, Usman claimed the title with a dominant performance against Tyron Woodley last March at UFC 235, then solidified his place on the throne with a hard-fought fifth-round stoppage victory over Masvidal’s former teammate and training partner Colby Covington.

He is, as the challenger previously stated, considered the best welterweight in the world and a stylistic nightmare for just about anyone in the 170-pound weight class, so what makes Masvidal see this weekend’s assignment as easy money?

“I think he’s weak-minded,” he said. “I don’t think he’s anywhere near as good as advertised and that’s why I’m here; I’m going to prove it.

“My mind is ready, my heart is ready, my skill set is better than him on any day of the week, so I just get to go out and prove that on Saturday.”

If he does, the 18-year overnight sensation will become the biggest star in the sport and another incredible chapter will be added to “The Gamebred Saga.”