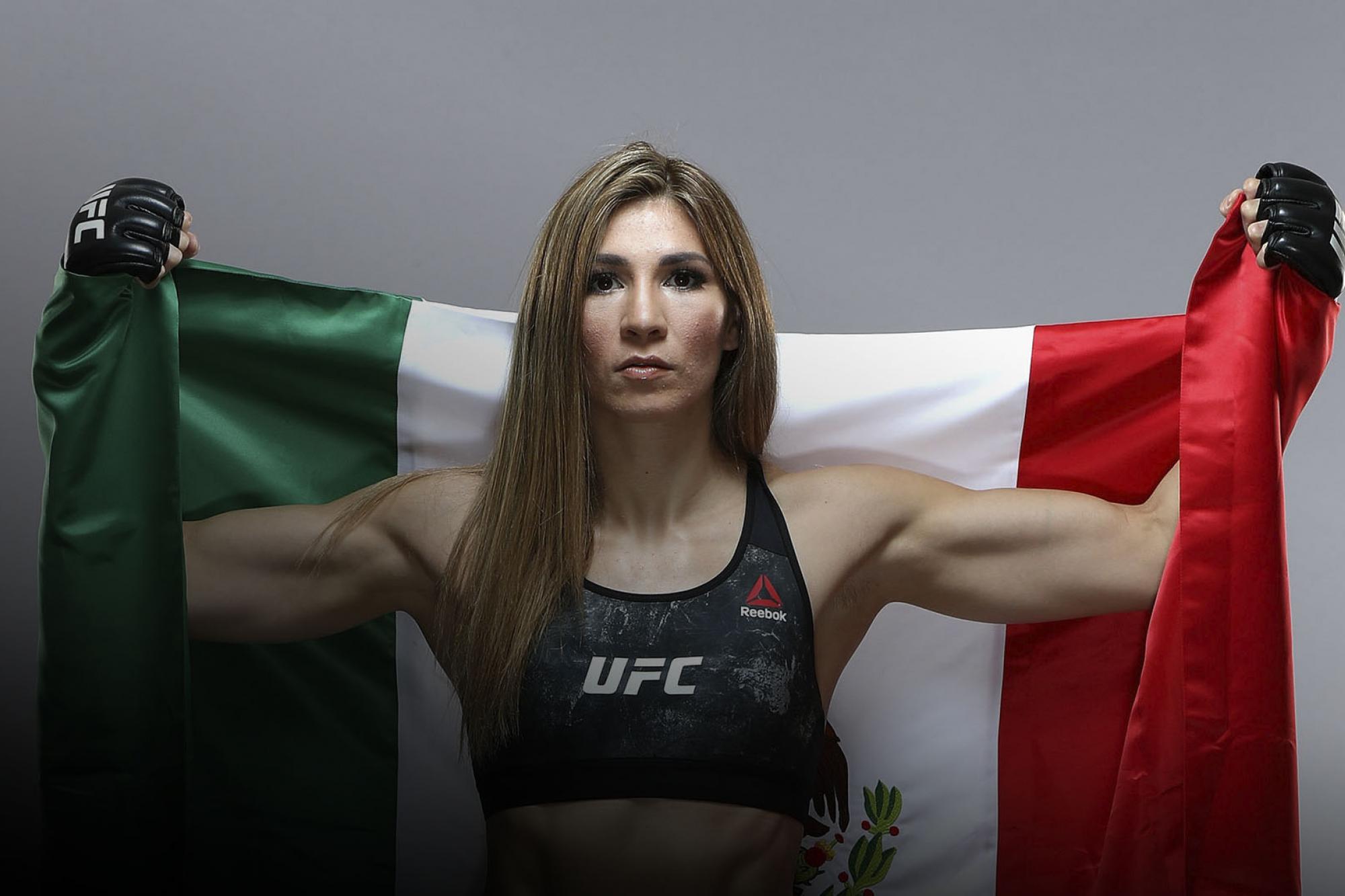 Even With An Opponent Change, Bantamweight Can't Pass Up Home Game
By Thomas Gerbasi, on Twitter: @TGerbasi • Sep. 17, 2019

When Irene Aldana talks about the last time she fought in Mexico City in 2013, her description of that night as “awesome” is probably an understatement considering what she pulled off that night at Lienzo Charro La Tapatia.

Just one fight into her professional career, one that began without the benefit of any amateur experience, Aldana went from 1-0 to 3-0 in the space of one minute and three seconds, as she finished Flor Saenz and Mayra Arce on the same night.

Catch All The Action From Mexico City With Your ESPN+ Subscription

“I won my first fight with a TKO in 20 seconds and then I fought my second fight and I got a knockout with a spinning wheel kick in 43 seconds and won the belt of that league,” recalled Aldana. “That was so exciting and those two fights opened the door for me to fight in Jungle Fight in Brazil for the belt. Everything went so quickly.”

Aldana’s fourth fight was going to be against future UFC fighter Larissa Pacheco just two months after her big night in Mexico City. It was a rapid step-up in competition, but Aldana didn’t blink.

“I was just training and fighting for fun and as a hobby and our coach Francisco (Grasso) was telling us, 'You are going to be in the UFC.' And I was like, 'I don't think so. That looks so far away.' (Laughs) But everything went so quickly, and it started to get more serious with every fight and after my fight in Brazil, I took this career more seriously, and since that fight I had an eye toward the UFC, definitely.”

The next stop was Invicta FC, where Aldana made a name for herself internationally by posting a 4-1 record that included three Performance of the Night bonuses. By the end of 2016, she was in the UFC, and after a slow start, she’s won three of her last four en route to a Saturday bout with Vanessa Melo that marks Aldana’s first fight at home in Mexico since her two wins in one night nearly six years ago.

That’s quite a wait. 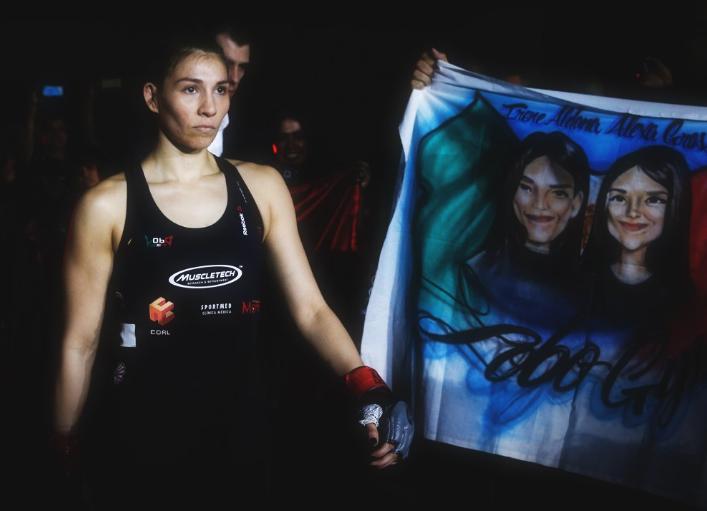 “I know that everything happens in its time, so it wasn't my time,” she said of fighting in Mexico. “The second time that UFC came here I was supposed to fight on that card, but I got injured and I couldn't. That time I was disappointed because I was really hoping to fight on that card.”

Her hopes for a homecoming bout dashed, Aldana waited patiently to hear the news about the UFC’s return to Mexico, and despite fighting in May and July, she wasn’t missing this one.

Yet as fight night approaches, Aldana admits to the lead-up being a lot different than it has been for the other fights in her career.

“Actually, it feels weird,” she laughs. “I'm at home and I'm fighting, and usually I'm fighting in other countries with the local ones and finally I get to be the local one. So I'm excited to see the crowd, to see my family there, to see everybody screaming and cheering and it makes me full of good energy and makes me want to give my best. And as always, it's with the intention that it takes me one step closer to the top five and maybe a fight for the belt. So I'm also focused on that.”

Currently ranked tenth in the world at 135 pounds, Aldana was scheduled to fight the No. 8-ranked Marion Reneau this weekend before “The Belizean Bruiser” withdrew from the bout. In steps in Brazilian newcomer Melo, and while it was disappointing for Aldana to not get a ranked opponent, a fight’s a fight.

“I know it's her (UFC) debut, so I was expecting to fight a world-ranked fighter at this point, but I'm here to fight,” said Aldana. “This is my job and I was hoping to fight in Mexico for a long time so I'm here now, I had a full training camp already and I'm always open to whatever the UFC asks me. They couldn't find another opponent and nobody was ready to fight, so she was the only one. I said, ‘Okay, this is my job, this is who they're offering me, so we're gonna take it.’”

And it is in Mexico City, so that’s even more incentive.

“Family, friends, everybody is going to be there, so I need to fight because everybody's coming.”