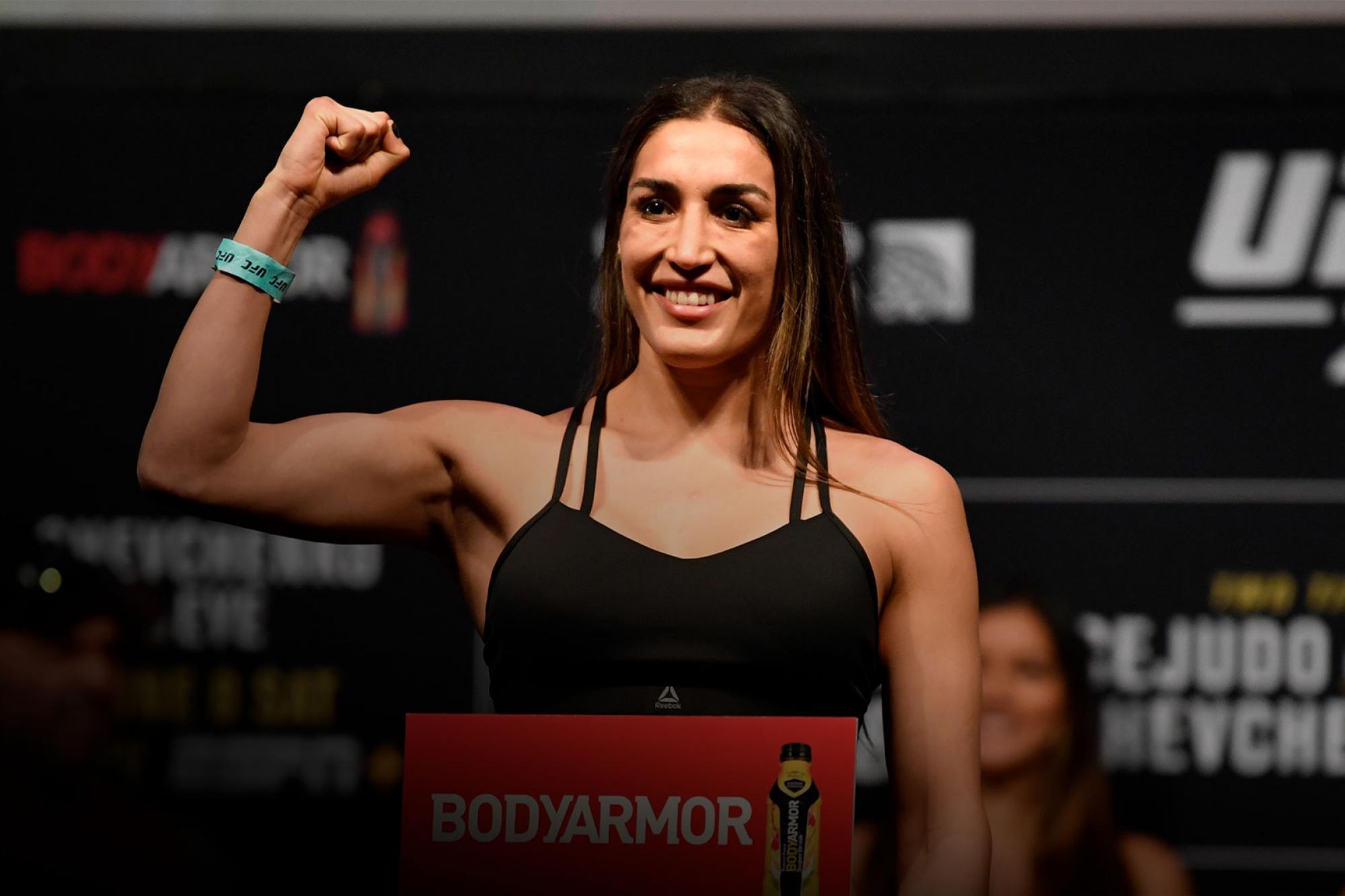 Tatiana Suarez is one of the toughest fighters on the entire UFC roster
By Thomas Gerbasi, on Twitter: @TGerbasi • Oct. 14, 2020

In the middle of a conversation with Tatiana Suarez about Hispanic Heritage Month, I happened to bring up my 86-year-old mother-in-law’s toughness, walking around Brooklyn daily even though racked with more than her fair share of aches and pains. She must have passed that down to my wife, who ran the New York City Marathon in 2019 despite several injuries that would have floored most runners.

So is this a thing with Hispanic women?

“I definitely think that that’s a thing,” laughed California’s Suarez, who, despite being of Mexican heritage, can more than relate to a couple of tough Puerto Ricans in New York. “It’s bred in us. I think, as a whole, Hispanics are very strong people – not just physically, but also mentally, which is a huge thing, especially in this sport.”

Suarez proved her toughness as one of the country’s top wrestlers, and then with each walk she made to a mixed martial arts fight, of which she’s won eight without a defeat. Oh yeah, let’s not forget that she beat cancer, too. That kind of grit and determination is in your blood. You either have it or you don’t. But even if you do have it, you need examples to follow, to see it in action. For Suarez, her life lessons came from her mother, Lisa Padilla.

“My mom was a single parent, and she did everything on her own, so it’s not like anything was handed to me,” said Suarez. “My mom would scrape up the change under her seat to get gas money so she could take me to my wrestling practices, and I was able to see this. And because my mom was so independent and strong, I definitely believe I get those characteristics from her because she was so strong and independent. She’s worked for everything that she’s given us, so it taught me to work for everything that I’ve wanted.”

That included becoming one of the best wrestlers in the United States, and in the wrestling room, her role model shifted from mom to another member of the family. 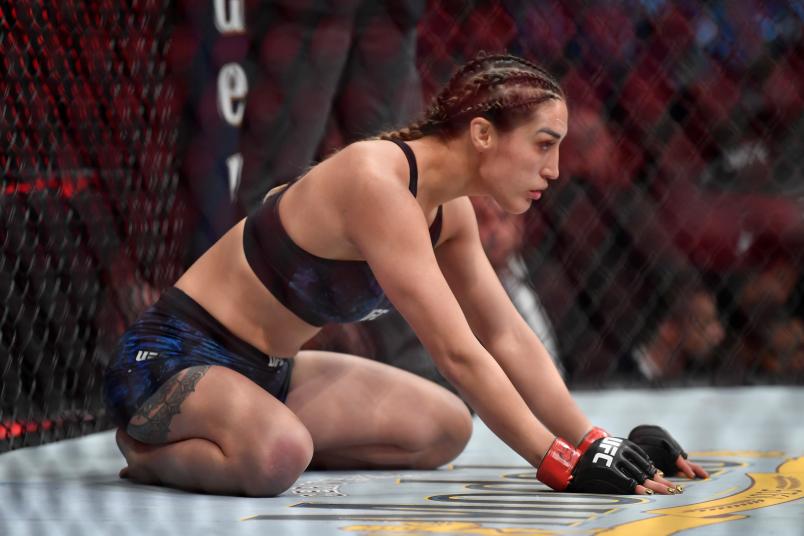 CHICAGO, IL - JUNE 08: Tatiana Suarez waits in her corner prior to her women's strawweight bout against Nina Ansaroff during the UFC 238 event at the United Center on June 8, 2019 in Chicago, Illinois. (Photo by Jeff Bottari/Zuffa LLC/Zuffa LLC via Getty

“There were girls who wrestled, but I think my main influence in life in terms of wrestling was definitely my older brother Chris (Lopez),” she said. “He was a successful wrestler, as well, he was seven years older than me, so I got to see the things that he did right and the things that he did wrong. So I was able to learn from those things and also it inspired me to reach for the stars and believe in myself.”

Sounds simple enough, but it’s not, especially when Suarez was often the only girl on the mats as she learned and honed her craft.

“I think being in a sport where it was mostly males and I was the only female, it kind of pushed me to work harder because most of the time people didn’t think I belonged there,” she said. “But I wholeheartedly believed I belonged there and that I was better than them, and most of the time I was better than them. (Laughs) So it was one of those things where I was constantly trying to prove myself in the sport of wrestling and I think that made me work very hard. It was a sport I loved, and no one was gonna tell me that I couldn’t do it.”

No one’s doubting Suarez now, especially with her unbeaten pro MMA record, a TUF 23 title and five Octagon wins over the likes of Alexa Grasso, Carla Esparza and Nina Ansaroff. Of course, nothing is perfect, so at the moment the 29-year-old is rehabbing a neck injury that has kept her on the sidelines since her win over Ansaroff in June 2019. That doesn’t mean she’s stopped training, though, because training is just something folks who have been wrestling since before their fourth birthday do.

Right. And if Tatiana Suarez is still getting better, the rest of the 115-pound weight class needs to be paying attention, because you know how tough those Hispanic ladies are. And these days, Suarez isn’t just doing this for herself; she knows that there’s a host of girls who look up to her and for her, being a role model is a perk of the job.

“One hundred percent,” she said. “And I hold myself to that standard. There’s little girls that follow me, and some don’t have that role model. Sometimes their parent is absent. And a lot of times their parents aren’t as supportive, and they need an inspiration to show them that they can do something like this, and I think that’s a huge thing.”