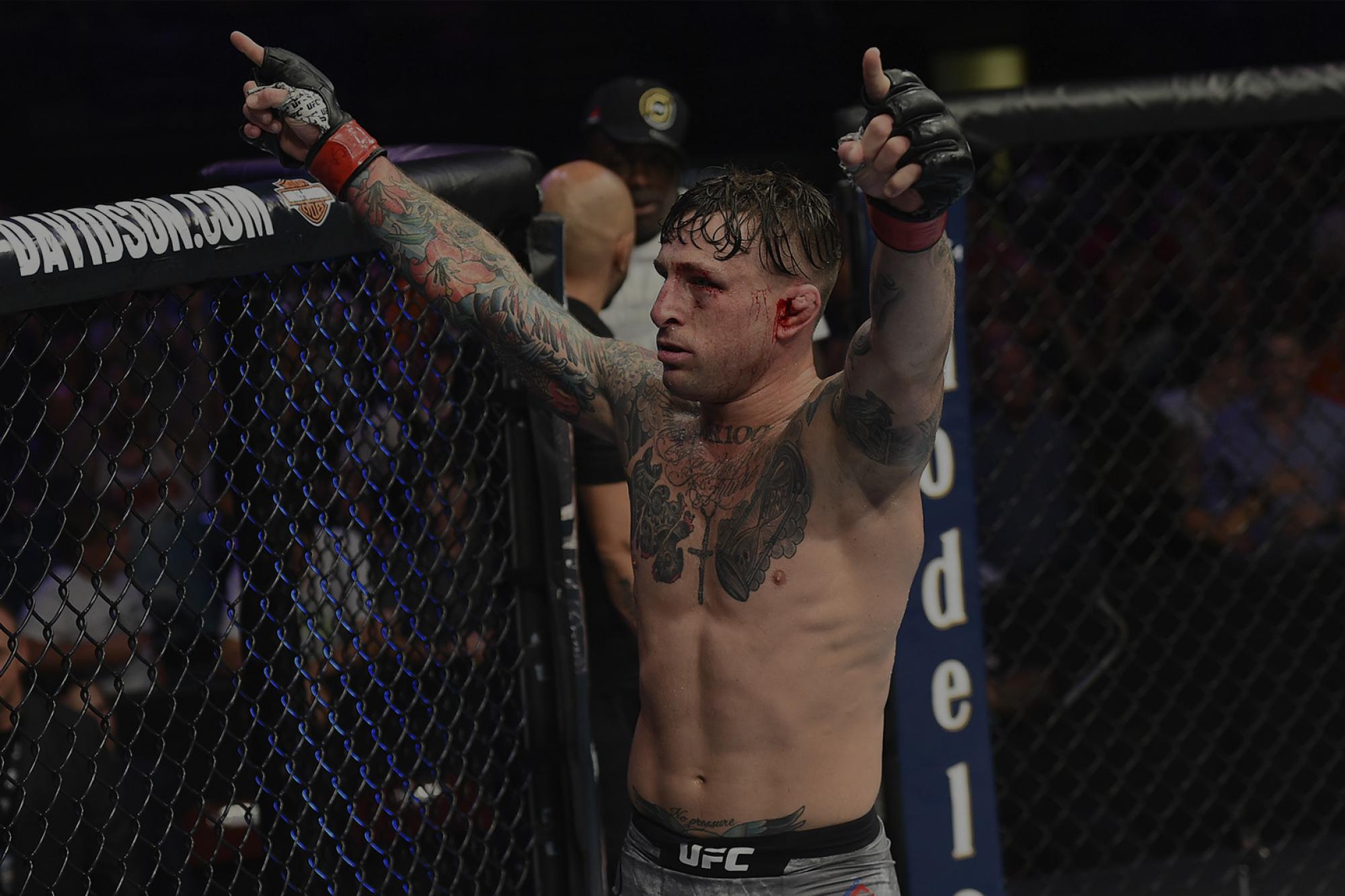 "I've gotten myself in trouble in the past without structure, and I need that routine, that structure, I need that regimented life or I tend to get off course.”
By Thomas Gerbasi • Jan. 18, 2019

Gregor Gillespie has never shied away from comparing his life as an athlete as a prison sentence. He even went as far as to say that he had done his time after his stellar college wrestling career was over.

But two years later, he was back.

“I planned on never competing again,” he said. “Two years later, there I was, back to competing. I know that it's just the way my life is now, that I need the structure. I've gotten myself in trouble in the past without structure, and I need that routine, that structure, I need that regimented life or I tend to get off course.”

HOW TO WATCH UFC BROOKLYN ON ESPN+

He’s been anything but off course since he made his pro mixed martial arts debut in 2014. Twelve fights, twelve wins, with five of those victories coming as a member of the UFC roster. On Saturday, it’s another high-profile bout against Hawaiian veteran Yancy Medeiros. But when he talks of his career, it’s clear that he isn’t chasing what everyone else appears to be chasing. There’s no talk of titles, big fights, big paydays. It’s more than that. This isn’t his career. This is his life.

“I would love to tell you that I'm living the way that I'm living because the end result will be the belt and I'll be able to ride off into the sunset with the belt over my shoulder and I did all these extra workouts and sacrificed all this time and gave up a lot of pleasurable activities so I could end up with that,” he explains. “But I'm gonna live this way the rest of my life. I may not work out as many times a day, I may not work out as intensely, but I will say that I absolutely need the structure. Maybe it's work meetings or maybe more practices that I'm running if I end up being a wrestling coach at a high school someday. I don't know, but I absolutely need the structure that's in my life right now for the rest of my life.”

So that prison sentence is now a life sentence. And he’s fine with that. Because no matter whether he’s 31, 41, 51, or 61, Gillespie will always be focused on something. And he will live accordingly.

“I need something that I'm aiming at and something that's going to structure me towards that goal,” he said. “I need to have a schedule and I need to be on time and it can't be lax with me. I need a structure, I need a plan and I think that's gonna have to be with me for the rest of my life.”

It’s not an easy path to travel. Then again, nothing worth having comes easy. It’s something that he hopes the young folks he teaches wrestling to will pick up, but he admits that it isn’t the easiest lesson to impart. 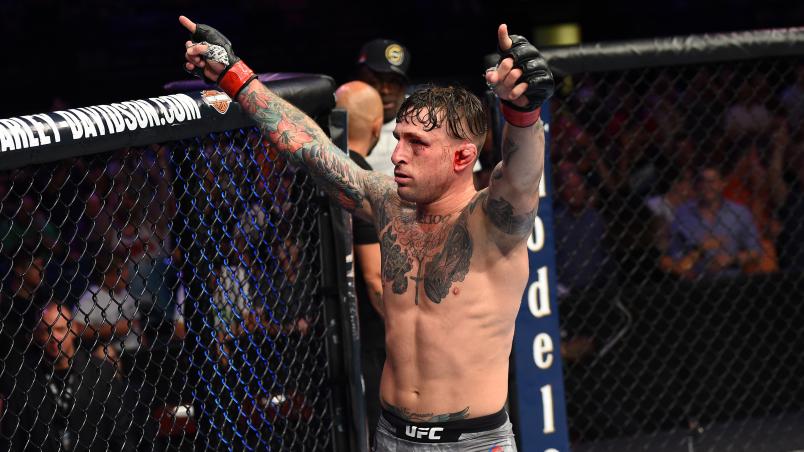 “That's a tough thing to pass along verbally,” Gillespie said. “I try to set a good example. I think some of the guys see how hard that I work, but some are still a little young to realize that there's an association between the things that you give up and the time you put into developing and working out or training. The more work you do, the better you're gonna do, typically. The biggest thing I stress to the kids that I work with is it's not just showing up. You do go to a lot of practices, but you're not really doing a whole lot while you're there. In my training, I don't need a two-hour workout. That's way too long. A two-hour workout, that's outrageous. If you need two hours to get your workout done, you're probably not working that hard. The last time I did two hours was on a bicycle and that's a completely different type of intensity. If you're doing something where you're breathing really hard and you're burning your muscles and your lungs and your legs and you need more than half an hour...our fights are 15 minutes long, 25 hopefully at some point...do you really need more than an hour, an hour and 15 minutes? I think you're doing something wrong.”

A lifetime of athletic excellence will give you that insight, and it’s the kind of insight that only those in the thick of the battle can reveal with any amount of authority. Gillespie speaks matter-of-factly about such matters, but it’s clear that his body of work backs up everything he says. On Saturday, he gets to add to that body of work against a fighter that shares his willingness to live a life few are willing to. If that sounds like two runaway freight trains meeting in the middle of Barclays Center for 15 minutes of Hell, that’s about right. Most would be intimidated by such a prospect. Not Yancy Medeiros. And not Gregor Gillespie.

“I'm pretty comfortable being uncomfortable, athletically speaking,” said Gillespie. “I don't know if everyone's like that; I can only speak for myself, and I know that I'm okay with it. I know I'm okay going into deep water, and if it goes to a full three-round absolute war, I'm okay with that. I've accepted that that is a definite possibility, and we've prepared for that.”