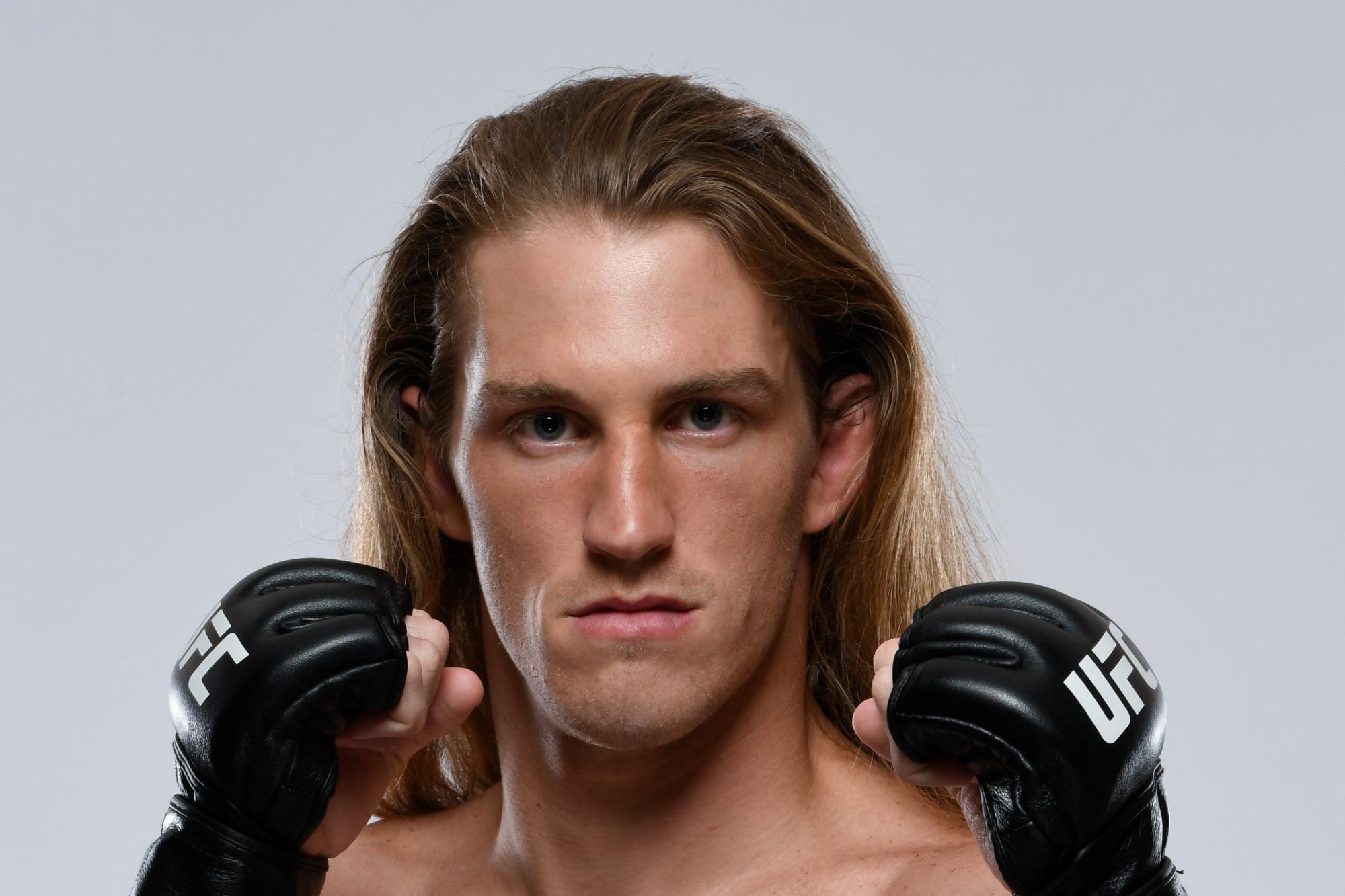 Gifford Refused To Stop Until He Got The Call

Ask Thomas Gifford how long he’s been waiting to get a call from the UFC, and he doesn’t hesitate in responding, “Ten years.”

Those ten years pre-date the Arkansas native’s career in pro and amateur MMA, and if he’s being honest, it feels like longer than a decade.

In fight terms, that forever spanned a reported 11 amateur bouts and 26 pro fights in MMA, not to mention six pro boxing matches. That’s a lot of fighting for a 26-year-old, but through the ups, downs and sideways of life in combat sports, he never lost sight of what he was chasing.

“No sir,” he said. “I never give up on my dreams. That would never happen. If I say I’m gonna do it, I’m gonna stick to it and I ain’t gonna stop until I get it done.”

Yet there had to be times when the losses were piling up, when the light at the end of the tunnel was a train and getting a shot in the big show was nothing but a dream. Yet if there were, Gifford wasn’t talking about them publicly. There was just a belief that if he got on the right winning streak, things wouldn’t change.

“I had a straight path and I knew eventually I would get there,” said Gifford, who faces Roosevelt Roberts this Saturday in Florida. “All it takes is fighting and beating the right people and making sure you’re known for beating everybody. Everybody’s calling me a journeyman, but I go to everybody’s state, to their hometown, and I beat them. I don’t stay in my hometown and try to beat everybody around there and take easy fights so that way my record’s 10-0 and stuff like that. I don’t want to do that. I want to go out there, fight the best and be the best.”

That attitude is admirable, but it can also land a fighter the 10-6, 1 NC record Gifford had as he approached an August 2014 bout with unbeaten Wade Johnson in the LFA promotion. It was a matchup of the erratic veteran and the hot prospect, but Gifford knew there were extenuating circumstances behind his spotty record and this was his time to prove that he had the goods to make a run to the UFC. But he needed to have a long talk with himself.

“I had just lost at 170 three times in a row and I was like, ‘Thomas, you need to quit playing and go back to your regular weight. Get the weight cut down, start being disciplined, quit being a stupid kid and eating all this food and trying to cut 20 pounds in two days. You need to be disciplined and do everything right. You’re wanting to do this as a dream, you’re not wanting to kill yourself.’ So I straightened myself up and I aligned myself with the right training regimens and the right diet and it just took off from there.”

Gifford halted Johnson in the second round, kicking off a 7-1, 1 NC run that earned him his call from the UFC. And now he’s about to do what he’s always done: taking on the best available opposition, this time in the form of the unbeaten Roberts.

“I don’t like taking easy fights,” said Gifford. “I ain’t no chump and I don’t want to be taken as a chump, so I’m gonna fight real men.”

Gifford even carried that attitude into the boxing ring, where he faced hot prospects D’Mitrius Ballard and Lanell Bellows, the latter bout taking place on the Floyd Mayweather-Marcos Maidana undercard in Las Vegas in May 2014. So there’s little chance that the bright lights of the Octagon will frighten “The Young Lion,” who even took in the recent UFC Nashville show to get the lay of the land before his night in the spotlight.

But there was still the reality that despite Bryce Mitchell’s recent success, Arkansas isn’t exactly a hotbed for MMA, prompting Gifford to take his show on the road both locally and elsewhere to take his game to a new level.

“It’s super tough, and you’ve got to train everywhere,” Gifford said. “That’s what Bryce was good at. He had a good wrestling base, he had a great teacher - Willie McGlothlin - and Roli Delgado, and I started off trying to have my own gym and training with guys that I knew and who were my friends. And I was fighting and I was doing good, but I wasn’t getting that high-level training that he (Mitchell) was. So on Saturdays and Wednesdays I would go up there and pay their mat fees and train with all these killers and it really changed my game up a lot. And it really helped me out in the long run because now I know how to wrestle good wrestlers and I know how to do jiu-jitsu with good jiu-jitsu guys. I’ve always known how to box with good boxers, but now I know how to take them down and put them out of their element. You can’t do that by staying in your hometown, playing around with your buddies.”

Which brings him to Colorado, where he celebrated his UFC signing by linking up with Marc Montoya and his gang of killers at Factory X. And while the training is already top-notch, Gifford is also embracing the family-like atmosphere in the gym and the advice his teammates are giving him about making the walk to the Octagon for the first time.

“They accepted me with open arms and they’re giving me all kinds of pointers about taking it all in and just enjoying it,” said Gifford, who has an idea how he can really make Saturday night the most enjoyable of his career.

“It’s like a dream come true and I’m gonna make sure this fight is gonna go my way and I’m gonna get another contract and fight again.”