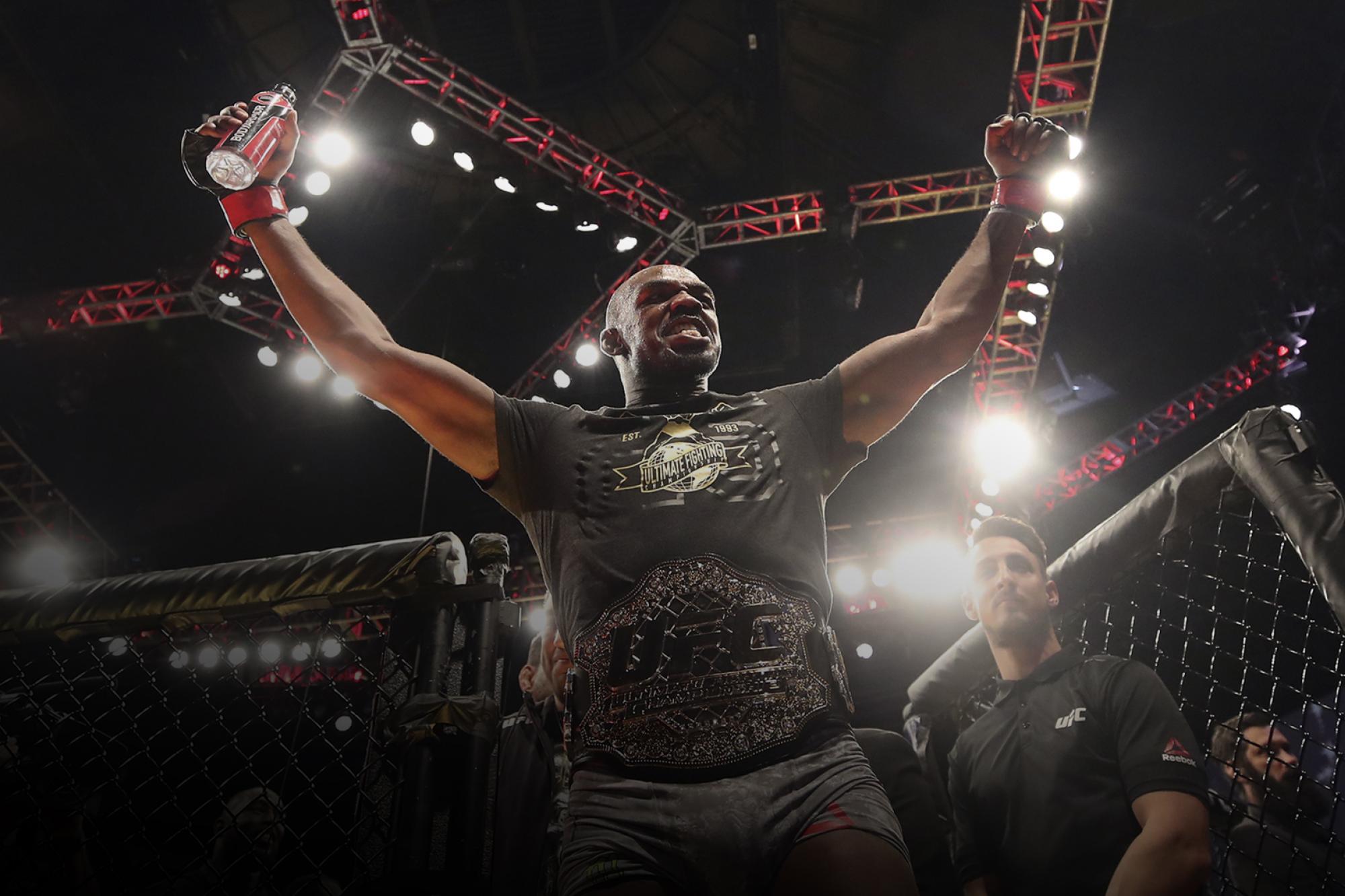 Light Heavyweight Champion Is On A Quest To Give His Fans Best Year Ever
By Steve Latrell • Feb. 26, 2019

Jon Jones is in a good mood.

Just hours removed from the Nevada Athletic Commission hearing that granted him a one-fight license to compete at Saturday’s UFC 235 event, its clear Jones is relieved to be back to the business of being a fighter and all that comes with it. Later in the afternoon, Jones will meet his next opponent for the first time at the UFC 235 press conference.

“The man’s confidence, you can feel when you’re sitting there, looking at him eye to eye. You know if he really believes in his heart that he can beat me, or if he's just saying what the fans want to hear him say,” he explains.

“So I want to see if he means that even if he feels like he's the guy to beat me or if he's just saying what everyone else has said over the last 10 years.”

Smith will indeed have to mean it if he wants to become the first fighter to remove Jones’ belt by winning the fight. To date, Bones himself has been his most challenging foe; his own worst enemy.

This is not lost on Jones, and just a few minutes around the man these days conveys a feeling that  something is different this time. Acknowledging that being a being a supporter of Jones isn’t the easiest task in the world, the light heavyweight champion appears on a crusade to make things right.

Jon Jones returns to the Octagon to defend his belt against Anthony Smith in the main event of UFC 235.

UFC: Take us back to that moment at UFC 232. You’ve just beaten Alexander Gustaffson in the rematch, and that belt is wrapped around your waist once again. What were you feeling at that moment?

JJ: It was just good to get through the side story and all the drama, and just get back to work and have the opportunity to remind the fans kind of what I'm capable of. It was an honor. I felt more grateful than ever before to be back a part of the UFC and be the champion again.

JJ: Yeah, yeah. It represented, to me, the end of a bad chapter.

Order UFC 235: Jones vs Smith For Any Device

UFC: Take us through what it was like to sit through the Nevada Athletic Commission hearing.  Was it surreal to hear people discuss you in the abstract?

JJ: Yeah. It was extremely educational. I was really proud of myself for staying with it, and like knowing what was going on at all times. You know, back in back in college and high school, science was not my thing [laughs]. But I did pay attention and I learned a lot, which is crazy. I guess at this stage you would imagine I know everything about picograms and this and that, and I learned a lot more than I had last year.

UFC: After not seeing you fight for more than a year, this feels like a pretty fast turnaround. Are you looking to make up for some lost time?

JJ: It has been a very short turnaround and the goal is to compete once a quarter to give the fans who enjoy my work what they want to see. At the end of the day, I know it's probably hard to be a Jon Jones fan with all the stuff that is surrounding my image right now. This is my way of saying thank you to everybody who has stuck with me loyally throughout all of my absence; by coming back and giving my fans the best year ever. I want them to be able to walk around any bar with their Jon Bones tee shirt and say “I told you. I told you.” I want to give them the feeling like it was well worth the wait.

UFC: What do you make of Anthony Smith as an opponent?

JJ: I respect him. He seems like a very respectable person. He carries himself with a lot of class. Speaks well. He’s great for the sport. He’s finishing fights. He’s entertaining to watch, and I’m excited to fight against him. I am. He’s younger than me and has a lot of experience.

You know, my spirit animal is the lion. I consider myself a lion. His fight name is ‘Lionheart’ and it’s all exciting. Let’s see who the real lion of the division is.