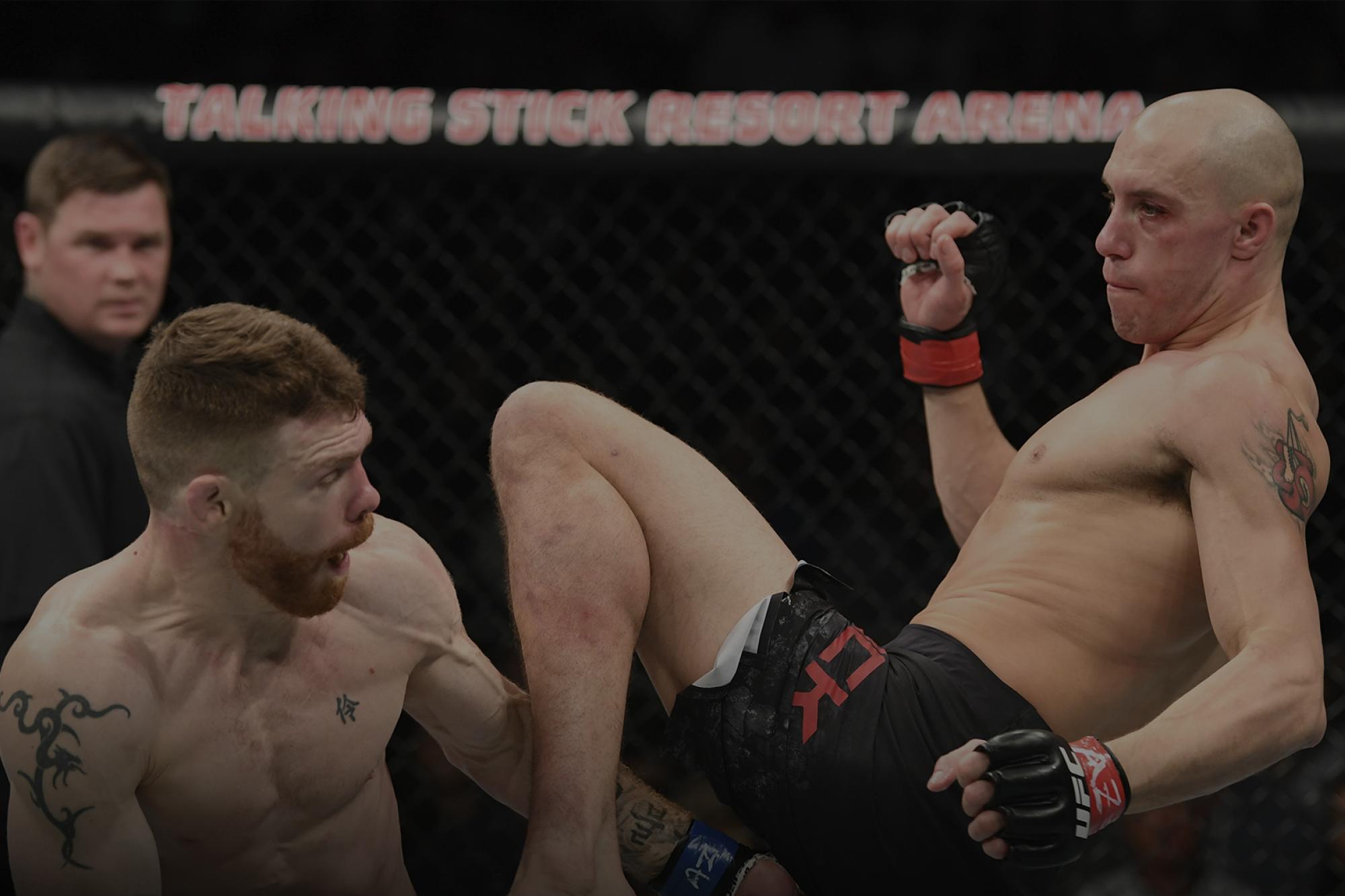 We caught up with Vick to discuss the importance of his upcoming fight with Dan Hooker, why he believes the matchup between him and Hooker will be exciting, how fatherhood is treating him and more.
By Gavin Porter • Jul. 17, 2019

When the Octagon touches down in San Antonio, Texas, UFC lightweight James Vick will be in his element.

The “Texecutioner” is a proud Texan and he expects to have a large contingent of friends and family in the AT&T Center on Saturday. But Vick’s true motivation to get back in the win column is simple – get back to winning.

We caught up with Vick to discuss the importance of his upcoming fight with Dan Hooker, why he believes the matchup between him and Hooker will be exciting, how fatherhood is treating him and more.

UFC: How has the dad life been since we saw you in February? What’s it been like seeing James Jr. grow up?

JV: It’s cool to see my son grow up. He’s learning, and you want to set a good example for your kids. I want my son to look up to me and I want to be my son’s hero. So I make sure that my actions and the way I talk to him and his mother are right. It’s hard to discipline him because he’s such a cute kid and I really want to just laugh at a lot of the stuff he does, but I want him to have a real role model to look up to.

UFC: You’re coming into this fight after hitting two bumps in the road, but you’re still ranked in the top fifteen. Do you think that you have anything to prove heading into Saturday?

UFC: Since your fight with Paul Felder, has there been anything you specifically focused on in training camp for this fight?

JV: Honestly, I thought I won my last fight. It was a close fight, so I can’t complain, but it just means what I’m doing is what is going to keep me here. With that being said, I’m continuing to add tools to the toolbox and I’m continuing to evolve by training twice-a-day year round.

UFC: Tell me a little bit about Dan Hooker, what do you think about him?

JV: Dan Hooker is a very good opponent. He’s very well-rounded and he’s pretty much good everywhere. I just got to be smart, but I believe that I’m better everywhere, though. And I think that are several areas I can expose him; I just have to be cautious and not run into anything. I think it’s going to be a great night for me.

UFC: Both you and your opponent enjoy a good scrap. Why is this fight one that fans won’t want to miss?

JV: We’re both warriors. He comes to fight, and like I said, he’s well rounded and he’s going to throw down. I’m expecting a war. That’s what it is. I hope I don’t have a war, I’m sure he doesn’t either because it’s always better to get the easier finish. But my mind is mentally ready for a war and I know he’s thinking the same thing.

Make sure you tune into ESPN to watch Vick take on Hooker on the UFC San Antonio main card at 9pm/6pm ET/PT.