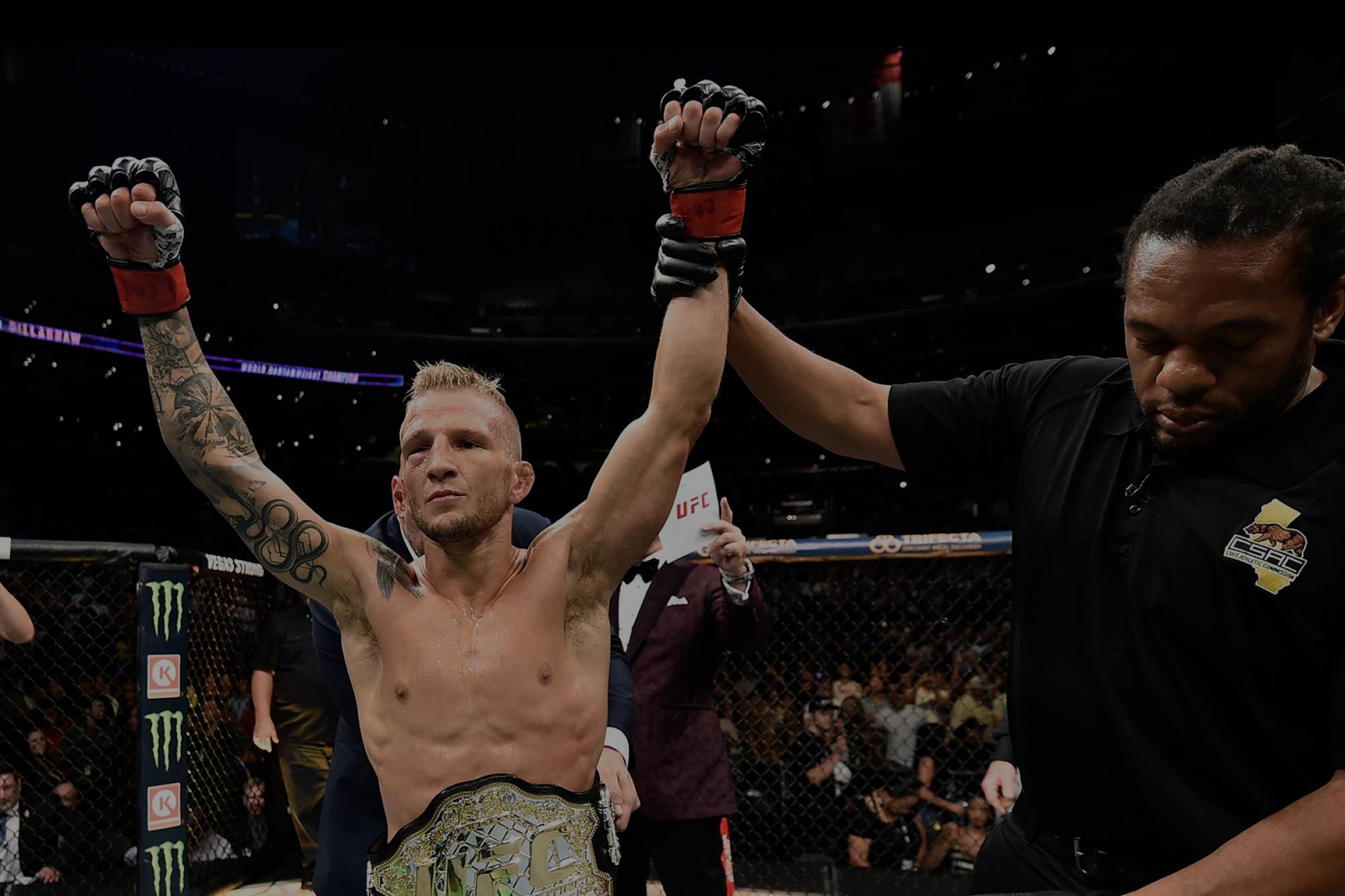 Dillashaw Releasing His Own Shoe

It must be the shoes.

Bantamweight champion TJ Dillashaw announced a partnership with Athletikan to release a limited-edition sneaker to launch in February.

Watch TJ Dillashaw's Top 5 finishes from his historic journey through the UFC. Dillashaw fights Henry Cejudo for the flyweight title in the main event of Fight Night Brooklyn this Saturday on ESPN+

“(I’m) super excited about it,” Dillashaw said. “It’s fun. I’ve always been into shoes and fashion and stuff like that too.”

Announced on his Instagram account, Dillashaw posted a link where the first 100 people who purchase the shoes will get a personal note from the 135-pound champion. When the shoes are released in February, only 200 will be available, but Dillashaw said he’ll create another version of the shoes after that.

Dillashaw isn’t the first UFC fighter to dabble in the sneaker business, but most have gone by way of the UFC’s Reebok partnership. The likes of Ronda Rousey, Conor McGregor and Joanna Jedrzejczyk have partnered with Reebok apart from the promotion’s deal with the apparel company.

“I get to go through, I get to design them,” Dillashaw said. “I get to give them styles of what I like. They send them to me. I say yes or no, change this, change that. It’s a bunch of fun.”

The “champ-inspired” shoe comes in a white/gold colorway, similar to the shorts the champion wears inside the Octagon.

You can watch TJ Dillashaw's attempt to become a double-champ when he takes on flyweight champion Henry Cejudo in Brooklyn on ESPN+. Click here to subscribe!