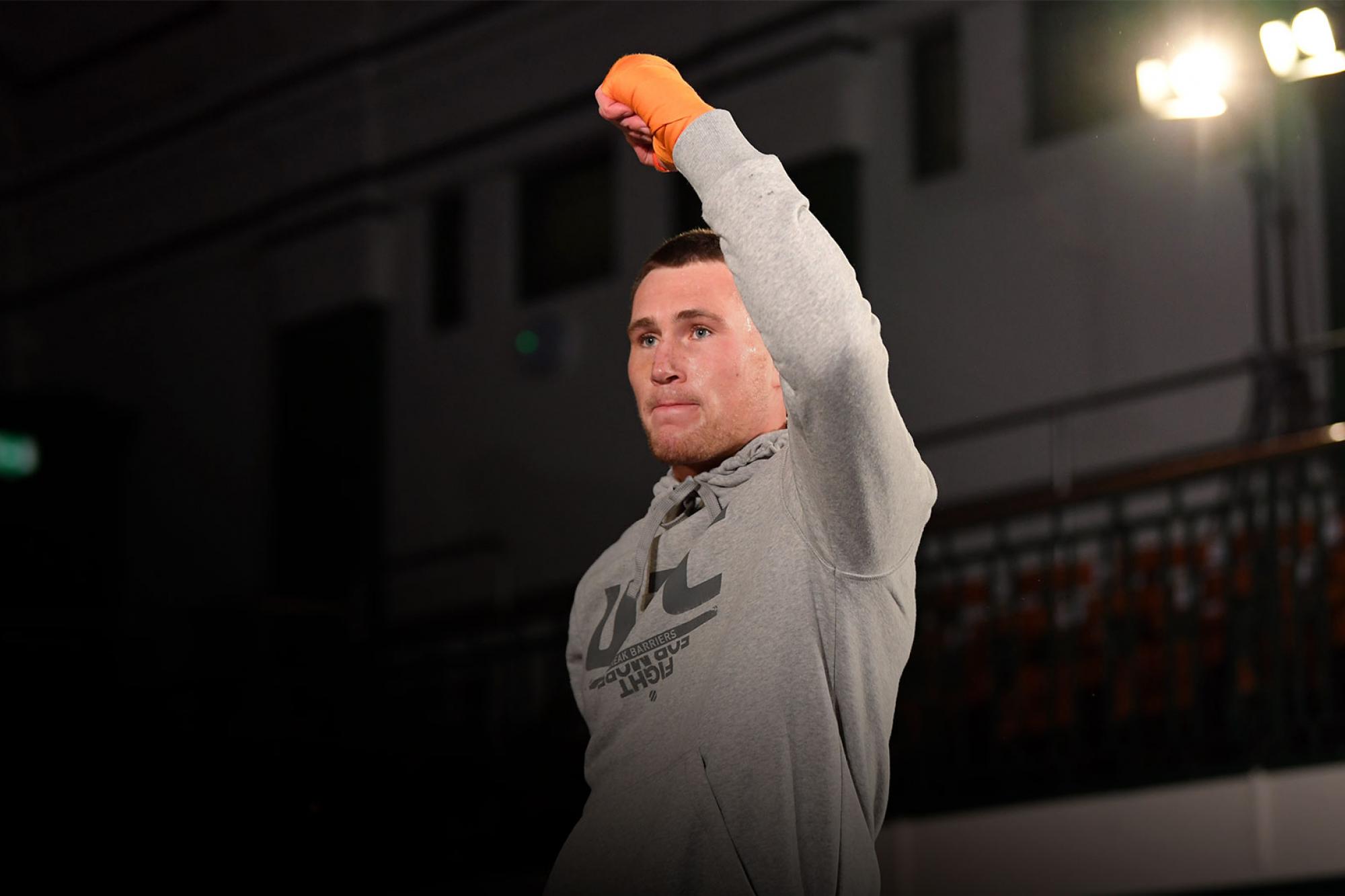 Darren TIll Is On A Clear Mission

With newfound motivation at 185 pounds, Darren Till is ready to take on the division's best.
By Thomas Gerbasi, on Twitter @tgerbasi • Jul. 23, 2020

For all the words written about a particular main event, all the words spoken about it on podcasts and television shows around the globe, Darren Till captures the essence of his headlining bout with former middleweight champion Robert Whittaker as succinctly as possible.

“There’s only you and him and you’re coming to fight,” he said. “May the best, well-prepared man win on the night. That’s all there is to it.”

On fight night, yes. But what compels fans to tune in on Saturday has everything to do with where Till and Whittaker have been and where they will go with a victory on Fight Island. And few stories are as compelling as the ones owned by this pair of friendly rivals.

For the 29-year-old Whittaker, Saturday’s bout is the comeback, the first one since the loss of his belt to Israel Adesanya last October and a subsequent break where he revealed that he was suffering from burnout, not surprising after a prolonged stretch of tough championship fights and a reign filled with injuries and illness.

The 27-year-old Till has had his own struggles, mainly with the scale as he skyrocketed to a welterweight title shot against Tyron Woodley in 2018 in just his sixth UFC fight. He lost that bout via second-round submission, and six months later he suffered just his second pro loss to Jorge Masvidal. It was before that bout that he realized his days at 170 pounds were numbered.

“I was like a shadow,” he said. “I was really putting myself through a mental struggle. And that’s not what fighting’s about.”

Subsequently making the call to move to 185 pounds, Till went through a wild ride to get to his debut at middleweight last November against Kelvin Gastelum, with visa issues almost keeping him out of New York City for the pivotal meeting. Till ultimately got there, put any doubts in the back of his head, made weight and then won a close split decision.

He could breathe again, and he set his sights firmly on Whittaker. Yet while he took some social media jabs at “The Reaper,” it was all in good fun according to the Liverpool native.

“I think he’s just a nice person,” said Till of his opponent. “All the stuff I was saying was just nitpicking.”

It got him the fight he wanted, and his vision for what happens on Saturday night and beyond is as clear as it’s ever been.

“I’ve always been a very hard worker, but this is the most dedicated I’ve ever been,” Till said. “I’ve sort of got that mindset now, the whatever it takes mindset, so I’ll do whatever I have to do to get that strap and beat Whittaker and so forth to get to the status I want to get to.”

Maybe it’s the reality that he doesn’t have to struggle to make 170 pounds anymore, the arrival of his third daughter, or just the clarity that comes with being in position to do what he’s always wanted to do as long as he keeps his nose to the grindstone.

“I don’t want to miss any more opportunities,” said Till, 18-2-1. “Inside the gym, inside the Octagon, and outside in general life, this has got to be my life for the next few years now. I’ve got to give everything into this because I set out to do something and I’ve got to achieve it. I’ve just got to.”

Whittaker will be another litmus test in a tough division where Till calls Jared Cannonier, Paulo Costa and champion Adesanya the biggest threats. But with each win, Till gets more confident that he has what is takes to rule 185 pounds.

“I’m back to where I was two years ago, but I’m a bit more wiser now and it’s good,” he said. “I know what I need to do now, more than ever. I’m a man on a mission and no one’s gonna stop me. They haven’t got what I’ve got.”