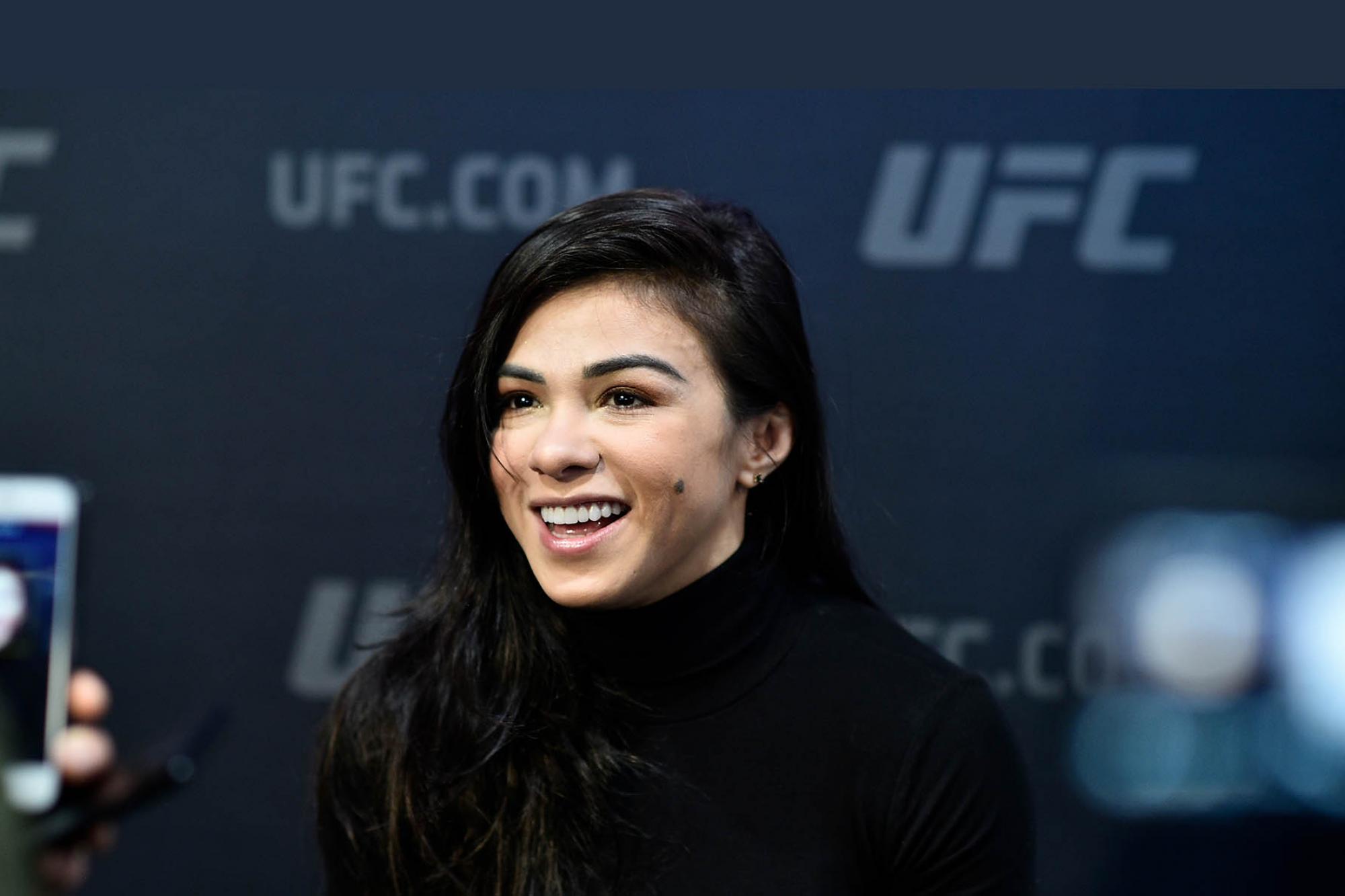 Change is always a risky proposition, especially when it takes place at the highest level of mixed martial arts in the UFC. But as Claudia Gadelha emerged with a unanimous decision win over Randa Markos last summer, it may not have been the fight she wanted, but it was the one she needed.

“People don’t realize how much time it takes to change things up,” said Gadelha, who returns to action on Saturday night at UFC 246 against rising star Alexa Grasso.

Her fight with Markos was her first since shifting her training camp across the country to Toms River, New Jersey, where she connected with Mark Henry, Ricardo Almeida, and the crew affectionately known as “The Iron Army,” a move born out of necessity more than anything else.

The first woman to earn a victory at strawweight in the UFC, Gadelha was viewed as one of the top contenders in the division from the outset, arriving in the promotion with an 11-0 record and coming off a victory over unbeaten Japanese standout Ayaka Hamasaki. Following a win in her debut, the Brazilian squared off with Joanna Jedrzejczyk in a title eliminator bout, landing on the wrong side of a split decision verdict that hardcore fans still argue about to this day. 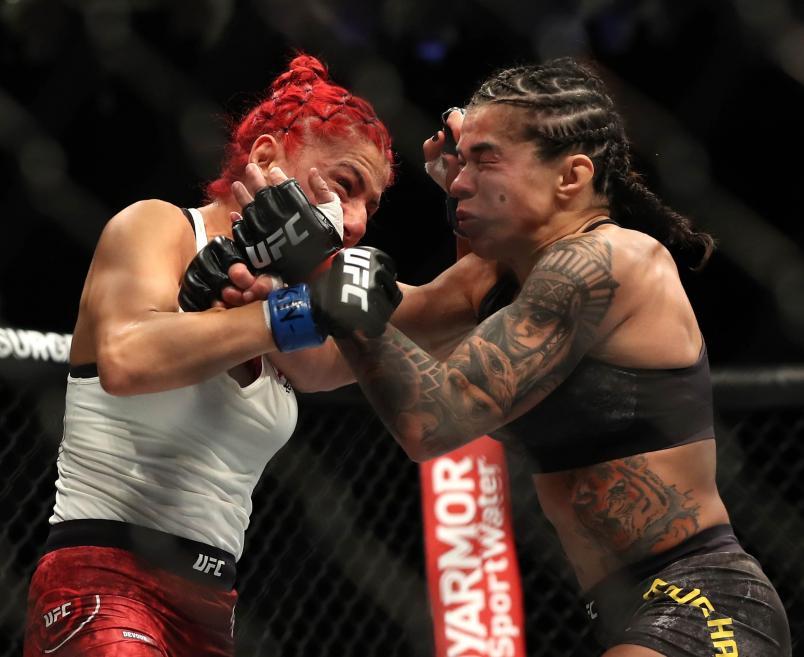 The tight contest gave birth to a rivalry, one that only grew more intense when Jedrzejczyk claimed the strawweight title and started laying waste to the division. They landed as opposing coaches on Season 23 of The Ultimate Fighter, where fighters from Team Gadelha earned six of eight semifinal spots across the two competitions, including all four in the women’s strawweight bracket, with “Team CG” representatives Andrew Sanchez and Tatiana Suarez emerging victorious in the end.

While members of Gadelha’s squad took home the TUF trophies, their coach couldn’t wrestle the belt away from Jedrzejczyk, fading after a strong start en route to ultimately losing a unanimous decision. Soon after, she parted ways with her long-time team at Nova Uniao, kicking off a nomadic two-plus-year period where the talented fighter struggled to find consistency and dealt with declining motivation.

“I’ve been competing in jiu-jitsu since I was 14 years old,” said Gadelha, who made her professional MMA debut in June 2008 and posted wins over future UFC talents Kalindra Faria and Valerie Letourneau long before crossing the threshold into the Octagon for the first time. “I left the city where I lived to move to Rio when I was 18 to become a professional fighter, then, after 10 years, moved to America to try and find better training.

“All of that is very, very challenging and I feel like in trying to find myself, I lost myself,” added the 31-year-old. “In trying to come all the way to America by myself, literally — no family, no friends — it was a big challenge and I wasn’t happy.

“I went to Albuquerque and I wasn’t happy with my life or the city. I had good training, but my personal life was a mess. So I moved to Vegas and started liking America a little more because I love Vegas; it’s my favorite place. But it’s a lot of changes in three years and that’s what made me kind of lose my motivation.”

All of that has changed since connecting with Henry, Almeida and the all-star cast of fighters in New Jersey, as has Gadelha’s approach inside the cage.

While her bout with Markos wasn’t the kind of rock’em sock’em affair the fans at T-Mobile Arena were craving back in July, it was an opportunity for the perennial contender to show the initial returns of her cross-country trek for training camp, and the improvements were obvious.

Though she’d always had a good jab, it was now even sharper, firing out with greater quickness and precision. She didn’t load up on as many punches, opting instead to work with what Markos was giving her while working at a steady pace. She held the center of the Octagon, keeping the Canadian on the outside for almost the entire fight, and showed vastly improved conditioning, which had previously been her Achilles heel.

Order UFC 246 For Any Device

She pointed several of those changes out in her post-fight interview with Joe Rogan, asking the fans to give her time to adjust to working with a new crew and continue her evolution as a fighter.

“I feel like things are coming together now, but it takes time,” she said of her progress after an extended second camp under Henry’s guidance. “That’s why I went and spent three months there freezing my *** off. I didn’t go for six weeks or eight weeks; I knew I needed to spend more time with the coaches to figure out how everything works.

“I don’t enjoy New Jersey — it’s cold, I have to drive at least an hour-and-a-half each day to get good training — but I did it. Doing a fight camp with Mark Henry is not easy — you spar a lot and you train super-hard. I had a pretty intense camp, but I will do whatever it takes to become a better fighter and a better person.” 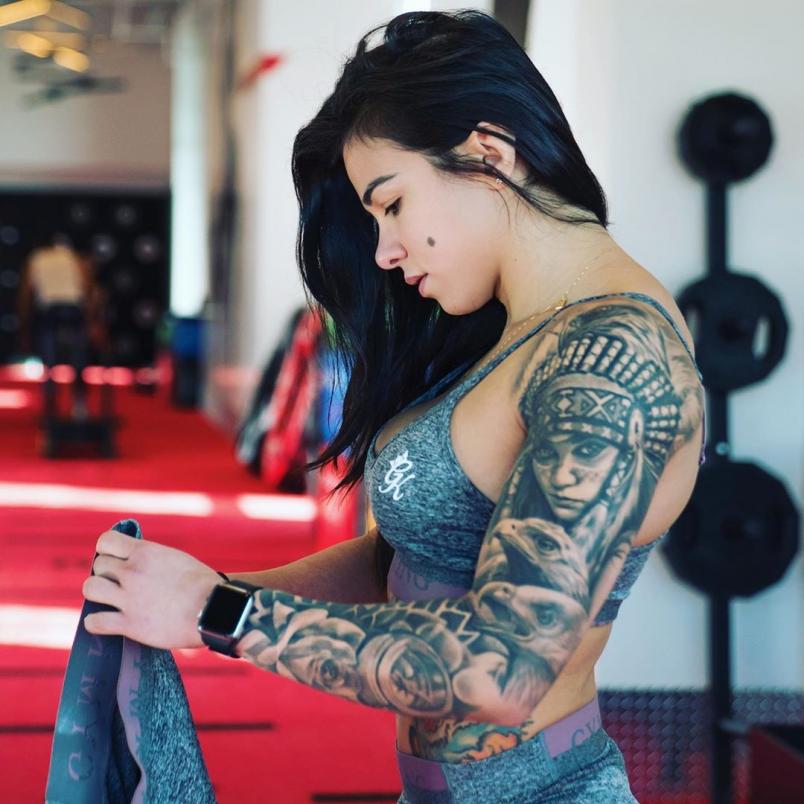 Gadelha’s current quest isn’t just about sharpening the tools of her trade, but rather finding balance — a way to excel at her craft, but enjoy life outside of the gym as well. It has proven to be a difficult task thus far, but in addition to getting expert instruction from her coaches about how to become a more complete fighter, she’s also taking plenty of cues from her teammates about how to weave a fulfilling personal life into the mix as well.

“Hanging out with the people I’m hanging out with now — Frankie Edgar, Eddie Alvarez, Mark Henry — they’re showing me that I can be happy in my personal life and have amazing training here,” said Gadelha, who looks to score her second consecutive victory while handing Grasso a second straight loss in their main card clash on Saturday night. “Frankie is the guy that I watch a lot and I see he’s very consistent. He’s always working super-hard, even outside of camp, but after training, he goes home to his family — his wife and kids.

“I see how they handle their personal lives in order to have a good career and I feel like this is the secret. You’ve got to find a balance and be happy with the people you have around you. You’ve got to surround yourself with good people, positive people and that way you’ll have good training and go back home and be happy.

“That’s what I’m looking for — I want to get home after training and be a happy person and they’ve been teaching me a lot about that.”

And after a frosty three months in New Jersey, the Brazilian is more than happy to be back in her favorite city, counting down the hours until she can step back in the cage and show the world the progress she’s made.

“I’m so excited. I had an amazing camp. It was pretty hard because everybody out there is so good, so talented, so dedicated, but I feel like I improved a lot as a fighter and I can’t wait to show it on Saturday night.”