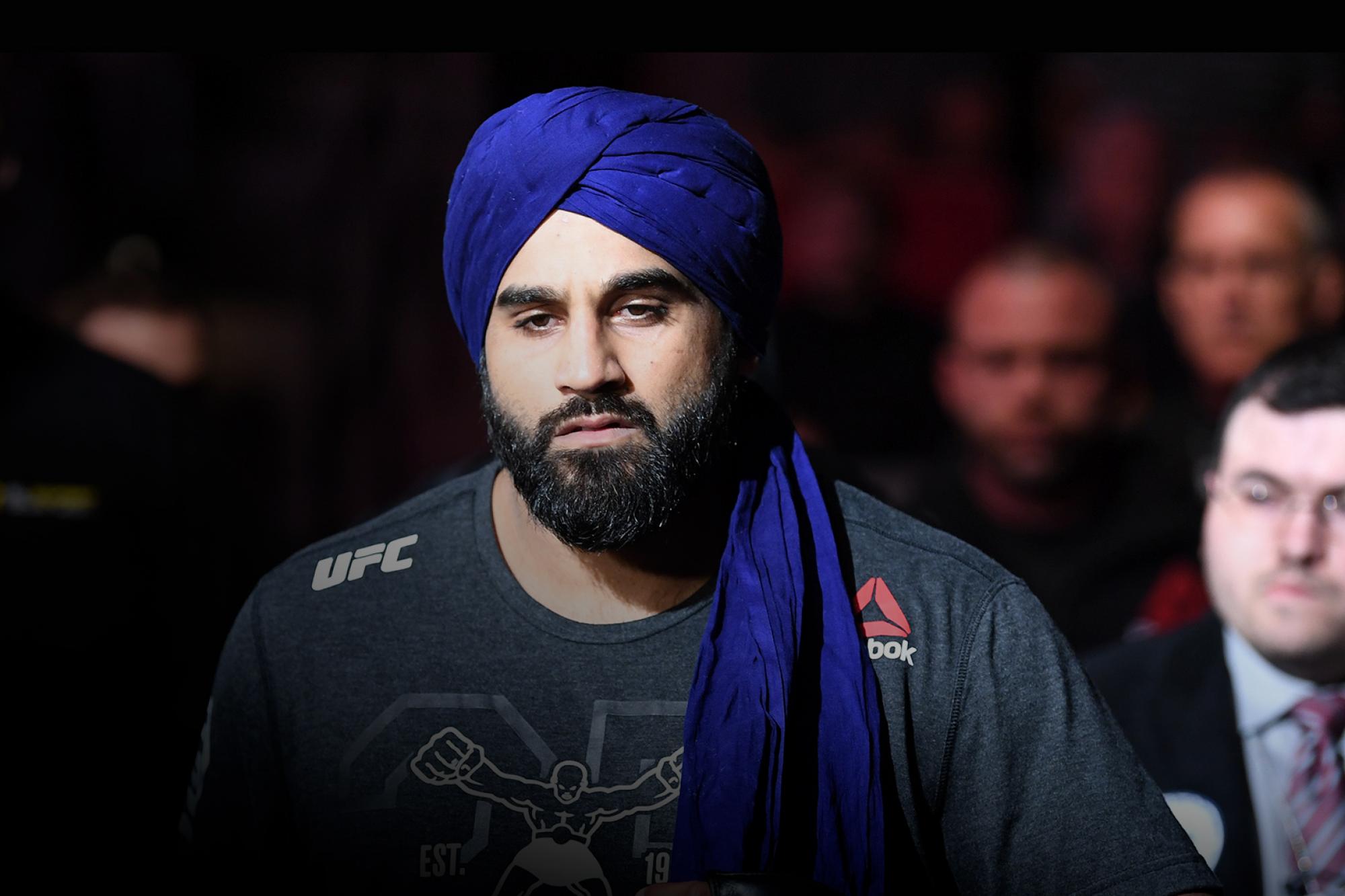 Arjan Singh Bhullar Is Taking Things To The Next Level

On the last fight of his contract, Arjan Singh Bhullar is looking to make a big-time statement.
By E. Spencer Kyte • May. 1, 2019

Arjan Singh Bhullar is ready to take things to the next level and he wants to do so by making a statement in the final fight of his first UFC contract.

The Canadian heavyweight was signed following a six-fight unbeaten run on the regional circuit that included a championship victory and successful title defense under the Battlefield Fight League banner and continued with a unanimous decision victory in his promotional debut at UFC 215 in Edmonton, Alberta at the end of his freshman season on the roster. 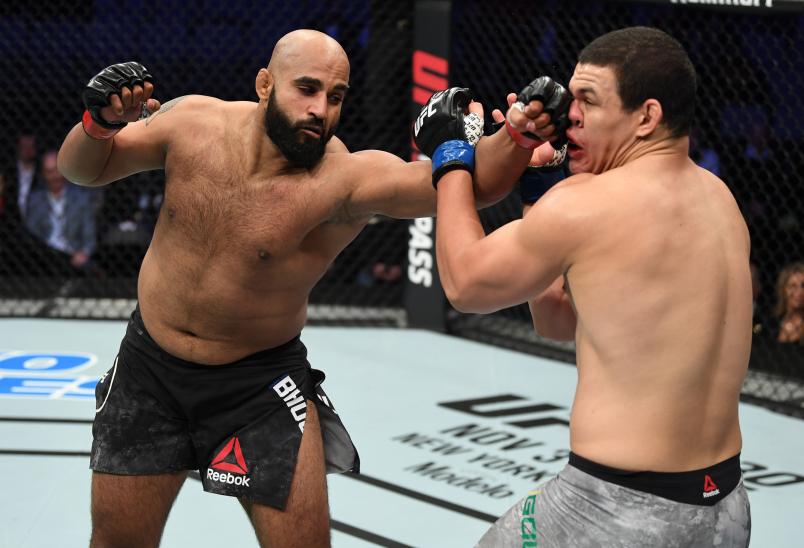 His sophomore campaign began with the first loss of his professional career, but six months later, the 2012 Canadian Olympic team member rebounded with another unanimous decision win, pushing his record to 8-1. This weekend, the 32-year-old Richmond, British Columbia native looks to add a second consecutive victory to his UFC resume when he squares off with unbeaten prospect Juan Adams on the preliminary portion of Saturday’s fight card at Canadian Tire Centre in Ottawa.

“I’m in this to compete,” said Bhullar, who wrestled collegiately at Simon Fraser University before representing Canada at the international level for a number of years. “I’m not in it to train year-round; that’s the s***** part. I like the bright lights, so let’s get going.

“As a long as life is handled and I’m healthy, I do want to get busier. I’m used to competing much more than twice a year and that’s not what I signed up for. That’s a conversation to have with (UFC matchmaker) Mick Maynard.”

This weekend’s matchup with Adams is interesting for a number of reasons, not the least of which is that it will propel the victor another step forward in the always fluid heavyweight division. In addition to the divisional significance this fight carries, the two combatants arrive in the Canadian capital with very different approaches and having traveled different paths. 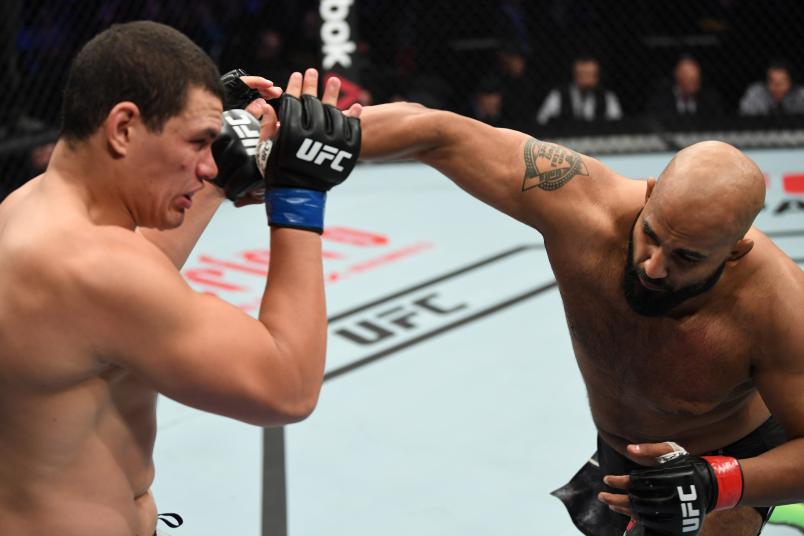 While Bhullar wrestled internationally before transitioning to MMA and secured his UFC contract by racking up wins on the regional circuit, Adams turned to the sport immediately following his collegiate wrestling days at Virginia Military Institute. After three quick wins, he landed a fight on Season 2 of the Contender Series, where he made quick work of Shawn Teed before putting his oversized personality on display.

The performance earned Adams a contract and he followed it up with a third-round stoppage win in his promotional debut back in December, bringing his record to 5-0 with five finishes.

“Him talking and that stuff, that’s why he’s in the sport,” he said of Adams, who has been working overtime to establish himself and gain traction on various social media platforms since arriving in the UFC. “He came in through Dana White’s show — he’s a great personality, he’s a great character and that’s the one thing you can say he’s accomplished and is, but he’s not a professional.

“We studied his wrestling, we studied his fights and when everything is going well, he’s doing great and you have to give him that — he’s had five fights and five finishes, which is great motivation to stay sharp and train hard,” Bhullar said of his opponent. “But when things aren’t going well is when he breaks and folds up and heads home. That’s why he wasn’t a ‘tier one’ wrestler and that’s why he won’t be a ‘tier one’ fighter either. 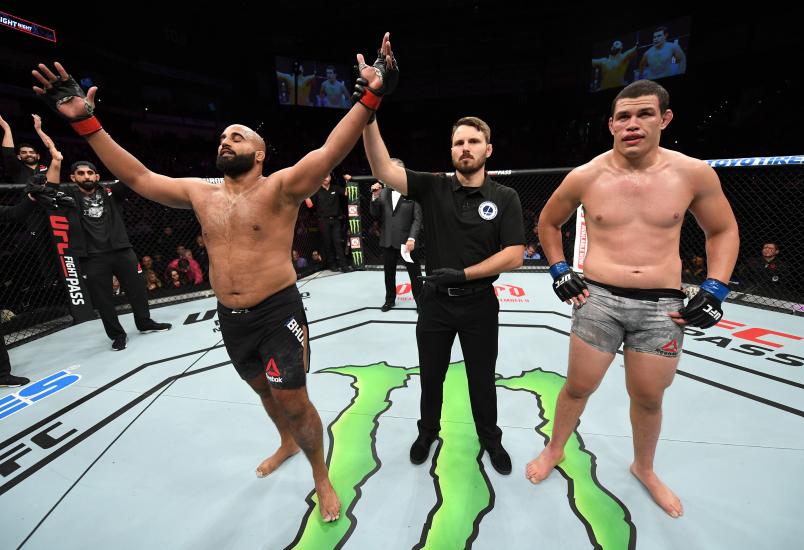 “He’s got a lot of insecurities and I believe it comes from not preparing the right way, not being a professional,” added the Canadian heavyweight, who augments the training he does at home in the Greater Vancouver Area with frequent trips to American Kickboxing Academy in San Jose, where he works with current champ Daniel Cormier, former champ Cain Velasquez and the rest of the all-star cast of coaches and fighters assembled at the elite training facility.

And one thing you absolutely cannot question about Bhullar is his confidence heading into the cage. If anything, there have been times where his self-assuredness have created adverse situations for him inside the Octagon, like in his loss to Adam Wieczorek last April.

Having dictated the pace and controlled the opening round, Bhullar felt in complete control as he closed the distance and looked to bring the fight with the Polish heavyweight to the ground early in the second. But after scooping Wieczorek into the air for a powerful takedown and eventually landing in his guard, Bhullar got careless and Wieczorek capitalized, attacking with an omoplata that forced the Canadian to tap. 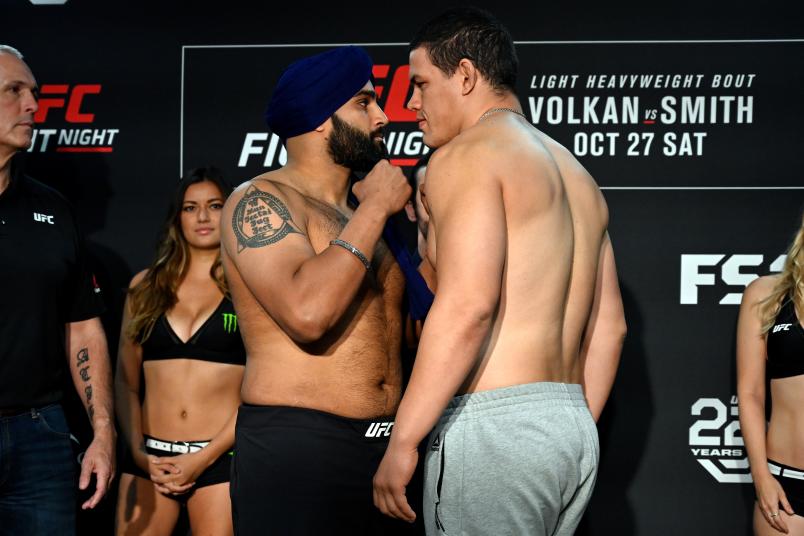 “There is always something to take away from a loss and (for me), we dissected that (loss), I’m at peace with it and have used it to better myself moving forward,” Bhullar said of his first professional setback. “It was a great learning experience and I would rather have it happen when it did than down the line where there are title implications and things like that in play.

“Coming into the fight, maybe I was a little too comfortable and underestimating my opponent. When the fight was going great, as I had anticipated heading into it, it gave me further reason to relax and then you know what the result was from there.

“But I look at the whole picture, all the fights so far and I’ve been in control of every fight, been comfortable, winning every fight, so I’m happy with all of that and happy heading into the last fight of my contract here.”

Entering off a victory and ready to take the next step forward in his career, Bhullar views Saturday’s showdown with Adams as a chance to close out his first UFC deal in impressive fashion while making a case for a new deal, a more active schedule and some more established opposition heading into the second half of 2019. 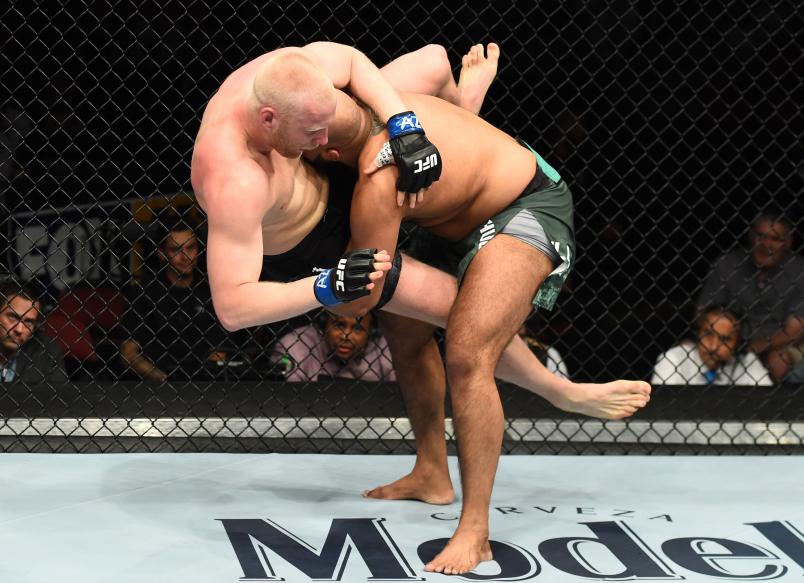 “We’ve leveled up again,” Bhullar added. “Because we haven’t had a huge number of fights, that growth is still happening and that’s phenomenal and there will be new wrinkles that you’ll see this time. I’m excited to show that. I’m sick of the training and I’m ready to compete. I’m excited to make that walk.

“(This first contract) has been a good development contract and I’m ready to put a stamp on it — get this win, get to the next contract, continue that march towards the title and get some big names.”