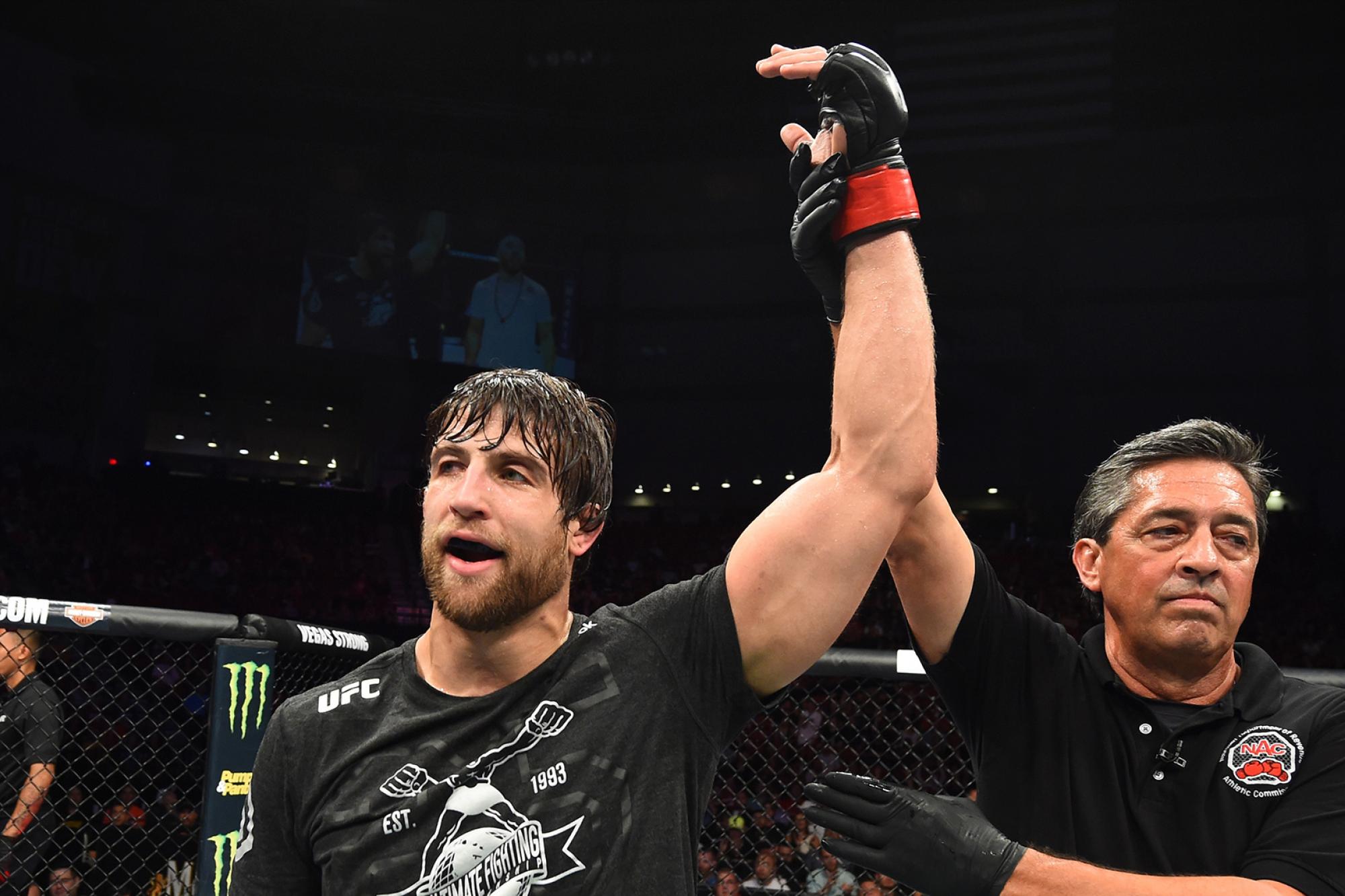 Andrew Sanchez Is Trusting The Process

A move to Tristar and a confidence boost helped Andrew Sanchez regain some traction in his career.
By Damon Martin • Apr. 30, 2019

Andrew Sanchez felt like his career was on the line the last time he stepped into the UFC Octagon.

The former Ultimate Fighter winner had fallen in two straight fights and the fact that he had done well in both contests right up to the finish didn’t help calm his worried mind. 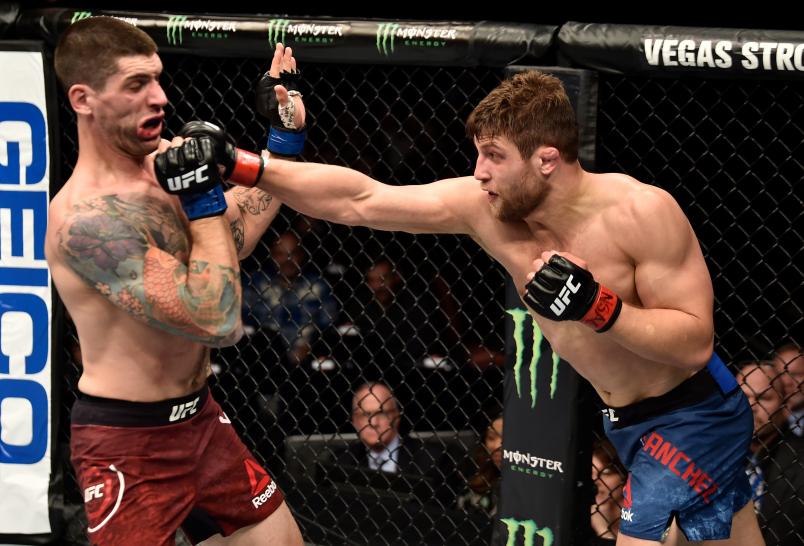 Sanchez was convinced that a third straight defeat would mean his ouster from the UFC, which is why he knew that winning was the only option to secure his future.

A hard fought three-round unanimous decision victory over Markus Perez last August soon followed and Sanchez returned to the win column for the first time since 2016.

“It’s the best feeling in the world,” Sanchez said about the victory. ”This is all I do. This is all I want to do and I was scared. I was like, I can’t believe I dropped two fights in a row, especially because I was winning, but ‘woulda, coulda, shoulda’ whatever. Now I’m on the verge of possibly being cut and I can’t lose this fight and that’s a lot of pressure.

“You rethink everything. You question everything. I was worried. I was real worried. I still am, to some extent. I feel like I need to get this next win, one more to really solidify it. Winning was just a relief. I get to have another fight in the UFC, I get to live my dream. It’s happiness. I don’t know how else to describe it.” 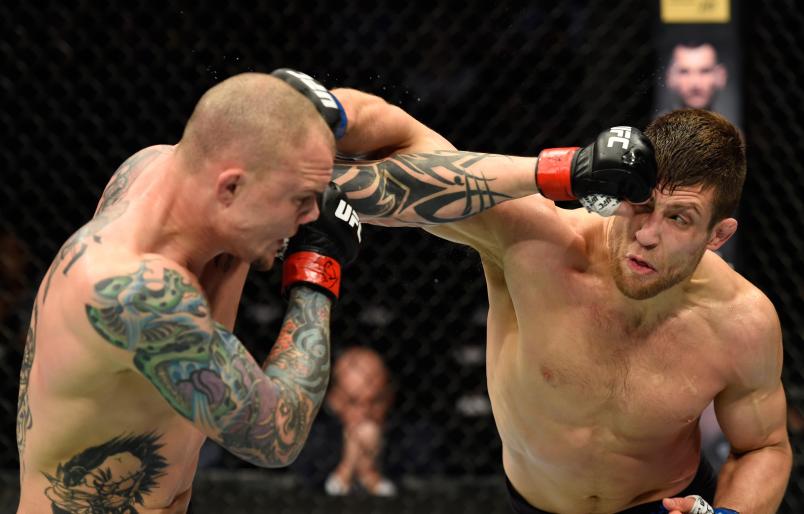 As much as ratcheting up the pressure on himself allowed Sanchez to focus for his last fight, he knows that overthinking every given situation has also led to his downfall in the past.

Throughout his career, Sanchez has been a highly cerebral fighter, but sometimes an overactive mind can be his worst enemy, which is exactly what has hampered him in recent years.

“You can have so many thoughts in your head but it doesn’t really matter. A fight is a fight,” Sanchez said. “It’s the same thing you do every day. The more stuff you have in your head and letting it weigh you down, that’s all you’re doing. So I’ve learned to block it out. It doesn’t do anything.

“Just go in there, don’t think, and do what you train to do every day. Have fun and be loose. That’s kind of been my experience, and that’s the advantage of having that experience of several fights in the UFC.”

There was no eureka moment for Sanchez when he realized that his mind was playing tricks on him leading into a fight, but once he figured it out, he knew changes had to be made. 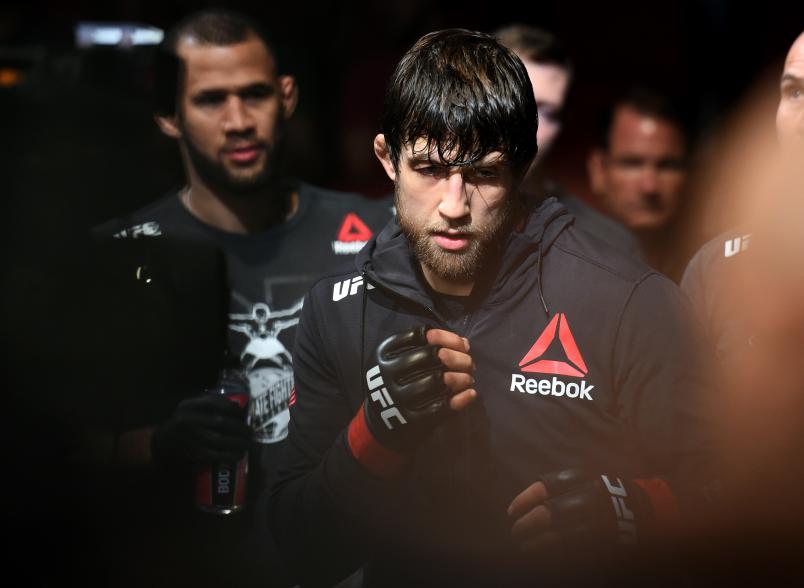 Part of the problem for Sanchez was that he tends to overthink every aspect of his life, not just what he’s doing when facing an opponent in the UFC. Even before interviews, Sanchez says that he will often convince himself that he needs to give effective answers because people all around the world will be hearing or reading his words.

“I’m the biggest overthinker in the world, if I’m being honest,” Sanchez said. “It’s so easy to overthink and overanalyze and think too much and then you’re hesitating and then you’re training not to lose. I know fighters who don’t think at all and it’s almost like ignorance is bliss. It’s almost like they don’t know better, but that can be an advantage.”

In recent months, Sanchez identified the problem and he’s doing everything possible to drill down to the basics ahead of his fights.

Now training full-time out of the Tristar gym in Montreal, Sanchez has put his faith in his coaches and training partners to get him ready, and he’s just molding himself into the best mixed martial artist he can be.

“You’ve got to find a happy medium. You can’t be on one end of the spectrum. Me, I’m an overthinker,” Sanchez said. “This new gym has instilled a lot of confidence in me. I’m going with the best guys in the world. I’m sparring with the best boxers in the world. My coaches, I believe in them 100 percent and I’ve never had that kind of belief in my coaches and team before. That’s huge. That’s so big.

“You always hear trust the process. Well, I guess I never trusted the process until coming to Tristar.” 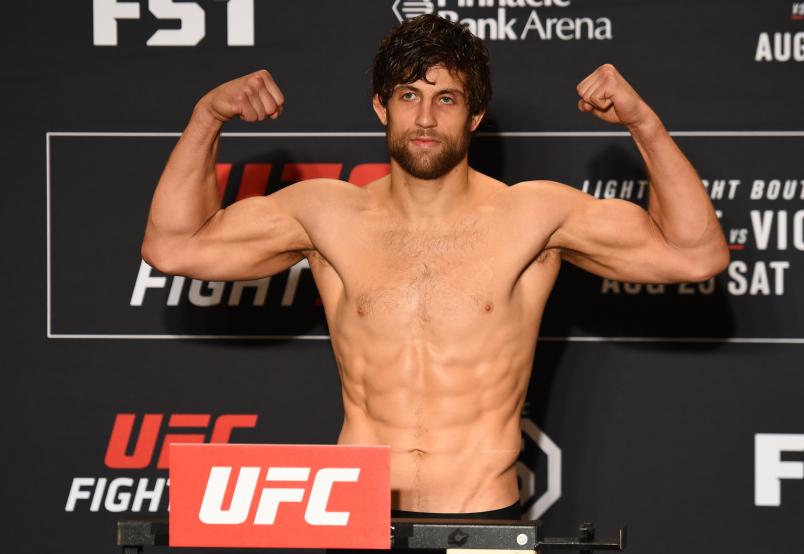 To earn his second win in a row, Sanchez will have to go through UFC newcomer Marc-Andre Barriault, who comes into the fight with an impressive 11-1 resume that includes knockouts in his past two victories.

While he may be a rookie inside the Octagon, Sanchez is well aware of Barriault’s credentials because the two fighters actually sparred against each other less than a day before they were matched up to meet at the UFC Fight Night card in Ottawa.

“It’s kind of crazy. He’s from Canada, obviously, and he comes to Tristar sometimes and he came and sparred me. He sparred me on Friday, the matchmakers called on Saturday and offered me the fight,” Sanchez revealed. “What are the chances?

When it was all over, Sanchez felt like he got the better of Barriault, but none of that matters when they clash this weekend.

It turns out this isn’t the first time that Sanchez has fought a former training partner, except the last time he read too much into those sparring sessions and it cost him dearly.

He promises that won’t happen again.

“Barriault has got my full attention. He’s a tough guy with a lot of heart and sparring is different than fighting.”